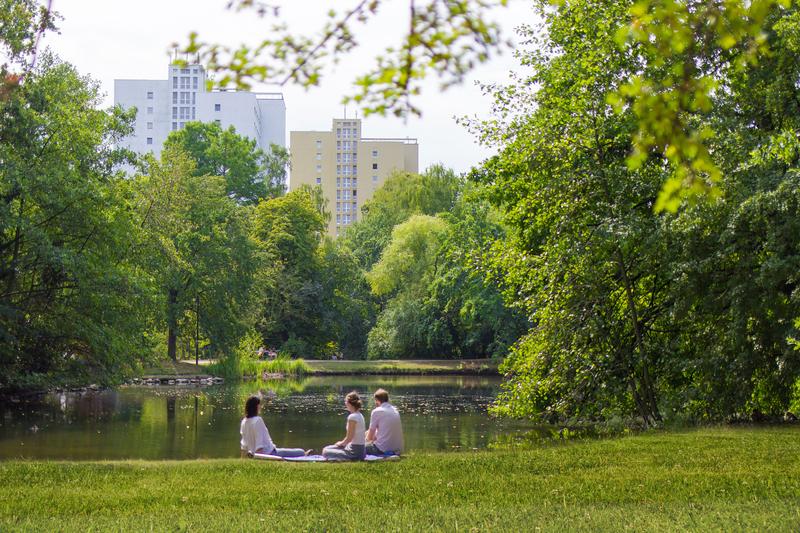 The higher the number of plant and bird species in a region, the healthier the people who live there. This was found by a new study published in Landscape and Urban Planning and led by the German Centre for Integrative Biodiversity Research (iDiv), the Senckenberg Biodiversity and Climate Research Centre (SBiK-F) and the Christian Albrechts University (CAU) in Kiel. The researchers found that, in particular, mental health and higher species diversity are positively related, whereas a similar relationship between plant or bird species and physical health could not be proven.

The study led by researchers from iDiv, SBiK-F and CAU provides an analysis of the relationship between biodiversity and human health in Germany. The scientists used data on mental and physical health provided by the German Socio-Economic Panel (SOEP), including almost 15,000 households and about 30,000 persons. As indicators for species diversity, they used estimates on species richness of plants and birds as well as on bird abundance.

People are healthier in regions with more plant and bird species

The results of the study show better mental health of the people living in regions with higher plant and bird diversity. “A person living in a region with many different plant and bird species is, in average, feeling mentally better than a person living in a region with lower species diversity,” said first author Joel Methorst, former doctoral researcher at iDiv, SBiK-F and Goethe University Frankfurt and now researcher at Helmut Schmidt University Hamburg. Furthermore, a positive relation of parks and green spaces in the neighbourhood and mental health was observed – the closer the park, the better.

Contrary to the researchers‘ expectation, there seems to be no relationship between bird abundance and mental health. „This could be due to the fact that many abundant bird species such as pigeons, seagulls and crows are oftentimes not very popular,” explained Joel Methorst.

The researchers were not able to show a significant relationship between species diversity and physical health. Instead, the relationship could be more indirect: People who enjoy outdoor physical activity to experience plants and birds in their natural environment can improve their health with this activity.

However, positive effects are not only generated by the direct experience of biodiversity, for example a walk in the park or a visit to a garden. Environments with higher plant and bird species richness can also have indirect positive effects on human health as greater species diversity oftentimes correlates with better environmental conditions.

Nature conservation as a means to improve health

The researchers were not able to establish causal links between the number of species and mental or physical health. For this, data for different time periods would be required. To date, sufficient time series data on biodiversity in Germany is not available.

Nonetheless, valuable conclusions can be drawn from this study. “Our results show that nature conservation can, indeed, be understood as a means to promote human health,” said senior author Prof Katrin Rehdanz from CAU. “This is particularly relevant for urban planning and management of green spaces. Here, investing in biodiversity can promote the health of the urban population.”

This research was, among others, supported by the Deutsche Forschungsgemeinschaft (DFG; FZT-118).