Fish on the move: How does climate change affect the distribution of reef fish in the Eastern Tropical Pacific? 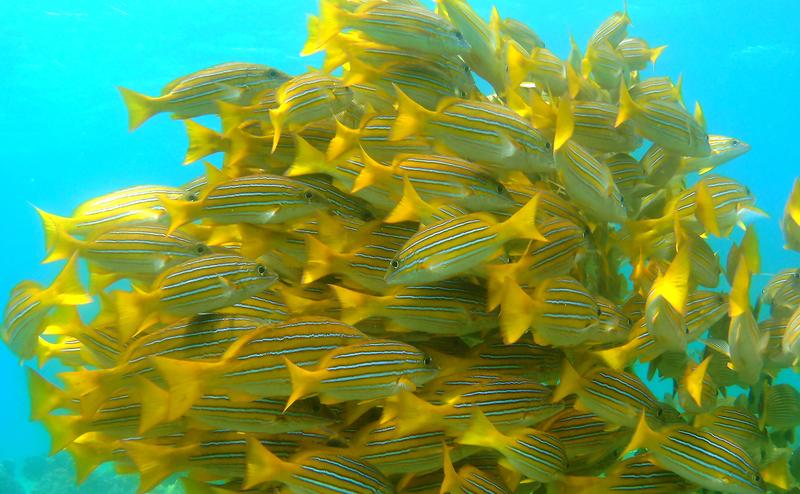 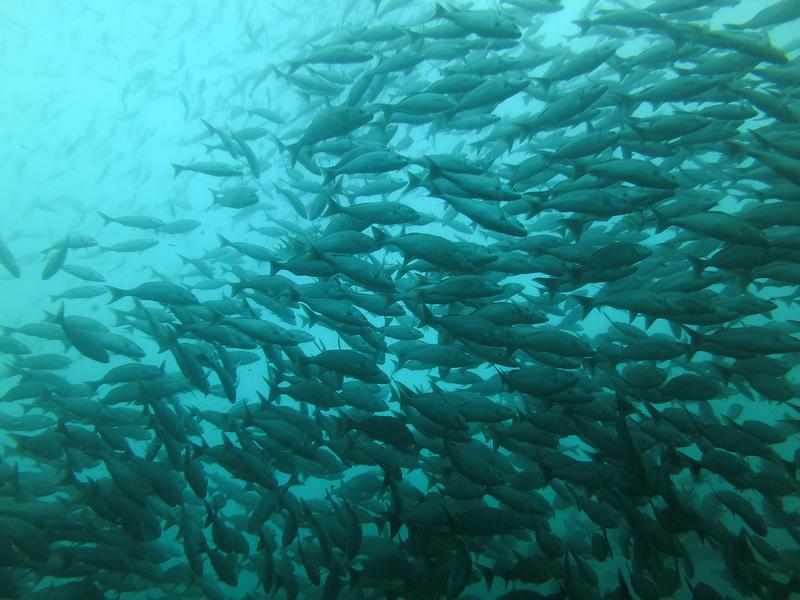 In a new research project at the Leibniz Centre for Tropical Marine Research (ZMT) in Bremen, scientists want to find out how climate change will affect the distribution of reef fish in the Eastern Tropical Pacific. The three-year project EASMO ("Eastern Tropical Pacific reef fish on the move – biodiversity reorganisation and societal consequences"), led by reef ecologist Dr. Sonia Bejarano, is funded in the framework of the European research network BiodivERsA with approximately €900,000.

Fish populations are migrating to escape warmer and increasingly acidified places in the ocean. Current forecasts predict that in the coming decades at least 70 countries will find new fish species in their waters if greenhouse gas emissions remain on their current course.

An international team led by Dr. Sonia Bejarano, head of ZMT’s Reef Systems working group wants to know how reef fish in the Eastern Tropical Pacific (ETP) may redistribute across borders in the coming decades. The researchers will, among others, address the following questions: Will reef fish adapt to, or be displaced by, climate change? Will fish fulfil vital ecosystem functions away from their usual home reefs? Will fish from deeper reefs colonise shallower ones? How will people react if important food fishes migrate away from their own country’s fishing zones into others? Will current laws suffice to protect these dynamic resources?

Consequences for ecology, food security, fisheries management and politics
Migratory movements have progressed four times faster in the ocean than on land over the past decades, strongly affecting ecosystems and redistributing fishery resources across borders and leading to far-reaching consequences for ecosystems, food security, fisheries management and politics.

“Three billion people worldwide depend on fish for 15% of their animal protein intake and essential nutrients to tackle malnutrition," says project leader Dr Bejarano from ZMT. “Given these numbers, redistribution of fish stocks is of great concern.”
“Previous studies on fish redistributions have focused mainly on wealthier regions of the world,” explains the reef ecologist, but little research has been done in the countries of the Global South on how fish distribution ranges are shifting as a result of climate change.

“That’s why we now want to investigate how climate change is affecting the distribution of reef fishes along Latin American coasts – from the Gulf of California to Galápagos. We are particularly interested in what the consequences of fish migration will be for biodiversity, ecosystem functions, and benefits of reefs to humans,” explains Bejarano. “But we will also investigate what the feedbacks will be on climate and the socio-economic well-being of local populations.”

Bejarano’s research is not only about collecting data and drawing conclusions about changing fish distributions, but also learning about the priorities of local stakeholders and helping policy makers make the most of her findings in the field.

The question is how, in the face of these challenges, the management of coastal socio-ecological systems can be effectively adjusted to safeguard fisheries as well as human well-being. “We are aiming at identifying reefs which in future can support productive and nutritious fish catches and prosperous socio-ecological systems in the Eastern Tropical Pacific”, says Bejarano.

The scientist believes that, with a few recent exceptions, previous research is insufficient to achieve this goal. “Most studies documenting recent redistributions of species have not quantified their societal impacts or their cascading effects on biodiversity, ecosystem services and feedbacks to climate,” she explains. “Moreover, future projections have mapped expected catches and fisheries revenue globally and using coarse resolutions, and thus cannot adequately support local or regional decision-making.”

The three-year project EASMO is supported by the European BiodivERsA network through the German Research Foundation (DFG), the Research Council of Norway (RCN), the Swedish Research Council for Sustainable Development (FORMAS), and Fundação para a Ciência e Tecnologia (FCT, Portugal). Starting at the beginning of April, the project is funded with a total of about 900,000 Euro. Dr Sonia Bejarano is working with 13 partners from 10 countries, including research institutions, NGOs and universities from Colombia, Costa Rica, Mexico, Ecuador, Norway, Sweden, Portugal, Australia, the United Kingdom and the United States.