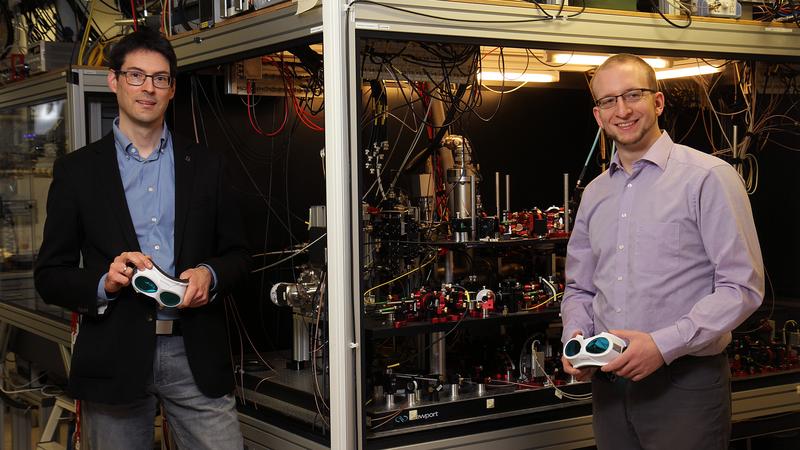 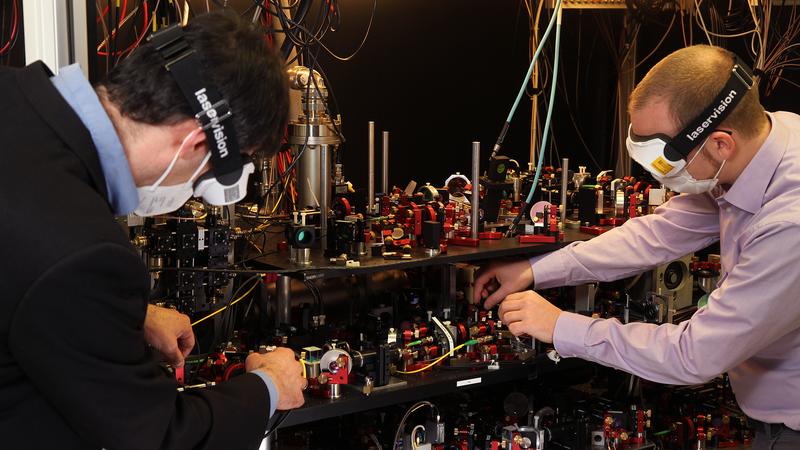 Classical motors convert a form of energy such as heat into mechanical work. Can these laws also be transferred to a miniature machine that consists of only a single cesium atom and could thus work more efficiently? A team of researchers at the Technische Universität Kaiserslautern, led by physics professor Dr. Artur Widera, has provided the proof. Moreover, with the help of a trick from the quantum toolbox, the scientists were able to operate the machine stably despite the fluctuations that are omnipresent in the quantum world. The associated research work has now been published in the journal Nature Communications.

A traditionally powered engine follows the laws of thermodynamics. For example, gasoline is ignited and thermal energy is converted into kinetic energy by the pistons. Widera's research group, in collaboration with Prof. Dr. Eric Lutz of the University of Stuttgart, has transferred these basic principles to the quantum world, addressing fundamental questions of thermodynamics in quantum mechanics.

But how can such a quantum engine be built in the first place? The researchers chose a special experimental setup, starting with a gas of rubidium atoms cooled down to almost absolute zero to minimize thermal fluctuations. The mini machine is made of individual cesium atoms, and the fuel driving the machine is the angular momentum of rubidium atoms, which is called spin. When cesium and rubidium atoms collide, they exchange heat and spin on the quantum level.

"The spin orientation can change in two directions, up or down, which in our system represents hot and cold and thus the heat difference," explains Jens Nettersheim, PhD student and first author of the study. "When the so-called spin-exchange collisions take place, the spin orientation of the colliding cesium and rubidium atoms tilt in opposite directions. At ultracold temperatures as given in our system, we can control the direction of the spin change in each individual collision. Additionally, we have replaced the motion of the piston that converts the energy in the system with a changing magnetic field." Using these analogies to heat exchange and piston motion, the physicists have succeeded in realizing an Otto cycle in the quantum world.

In the process, the research team has overcome a challenge that was previously considered insurmountable: "The properties or states of quantum particles cannot generally be determined unambiguously," Widera explains. "In other words, we can measure them, but we can never predict with certainty the result of a single measurement. I can only determine the probability with which the observed properties occur." It is precisely this "fuzziness" or fluctuations in measurement results that have so far led the scientific community to doubt that a quantum heat engine can reliably deliver constant power with high efficiency. "I would like to fundamentally rule out the possibility of an engine fluctuating uncontrollably back and forth between different power levels," Widera said.

During the spin-exchange collisions, fluctuations occurred, but the research team found that "over time, the spin of the cesium atoms saturates," Widera says. "In other words, they remain in one state after a certain time, so fluctuations can be controlled. Compared to 'classical' thermal machines, the atoms reach a higher state of excitation in the process. This is the key to the efficient operation of a quantum thermal machine. In addition to the advantage of suppressed fluctuations, this quantum trick allows our quantum machine to convert even more energy in one cycle than is thermodynamically possible operating the machine at two different temperatures in traditional, classical machines."

The quantum heat engine developed by the researchers runs reliably while unleashing consistently high power, and does so with very high efficiency. Widera's research group, together with theoretical support from Prof. Lutz, have succeeded in successfully bringing thermodynamics to the quantum level, further opening the door to the application of quantum thermodynamics.

Questions can be directed to: