Cell-based method for the regeneration of myelin 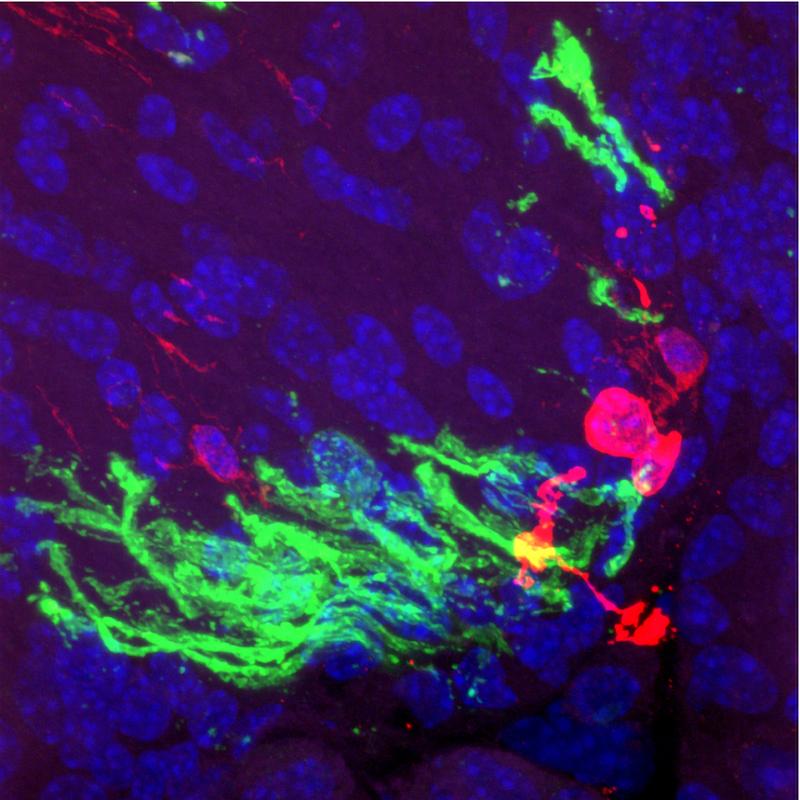 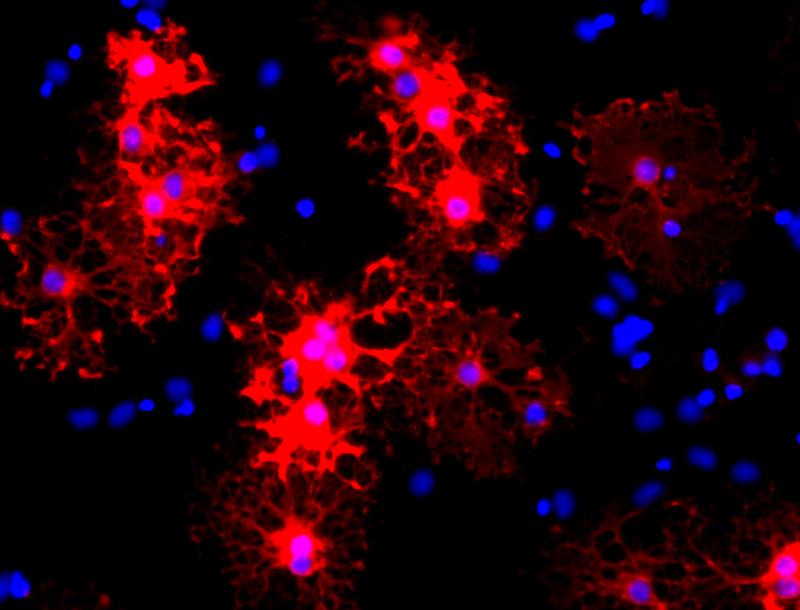 Myelin is tremendously important for the correct and rapid transmission of electrical signals in the brain. This lipid-rich membrane, which wraps axons, is damaged in certain degenerative nerve disorders. Most of these are rare hereditary diseases with serious clinical courses. Generation of induced oligodendrocyte progenitor cells (iOPCs) from somatic fibroblasts may provide a cell-based therapeutic strategy against myelin diseases. However, the generation of iOPCs is inefficient, and the resulting iOPCs exhibit limited expansion and differentiation competence. An international team of researchers led by Hans Schöler of the Max Planck Institute for Molecular Biomedicine, Germany, Steve Goldman of the University of Rochester, United States, and eight other national and international laboratories have now overcome these limitations. The study was led by principal investigator Kee-Pyo Kim, now at the College of Medicine of the Catholic University of Korea. The researchers used mouse pericytes as the starting cell type to produce iOPCs. These cells can be stably expanded and produce myelin in vivo. Surprisingly, the iOPCs retain the memory of their original cell identity, which prevents them from differentiating into myelin-producing oligodendrocytes in mice after transplantation. However, after the iOPCs were further differentiated into pre-oligodendrocytes in vitro before their transplantation, they formed myelin. The study, published in Cell Stem Cell, presents a cell-based approach for studying the potential of therapies against myelin diseases. Also, the source and memory of the donor cells was found to have the capacity to contribute to the cell fate and stability of the directly converted cells.

Nerve cells transmit their signals to other nerve cells via their processes (axons). An insulating sheath spirally wrapped around the axons increases the speed of the electrical impulses enormously. This rapid electrical activity is important for processing the signals in the brain and transmitting them to the body via peripheral nerve tracts. The insulating sheath consists of a lipid-rich membrane called myelin and is formed by so-called oligodendrocytes. If the myelin sheath is damaged, as is the case in demyelinating diseases, electrical conduction is lost. The clinical consequences are serious and irreversible.

Thanks to the so-called iPS technology, it is possible to transform cells of one type into other cell types. Scientists were able to initially reprogram embryonic skin cells from mice and rats into induced pluripotent stem (iPS) cells and mature them into oligodendrocyte precursor cells (OPCs), called induced OPCs (iOPCs). But the reprogramming process is inefficient, and the resulting cells do not proliferate and differentiate sufficiently to have use in clinical practice.

An international team of researchers from 10 laboratories led by Hans Schöler of the Max Planck Institute for Molecular Biomedicine in Münster, Germany, and Kee-Pyo Kim, who is now an assistant professor at the College of Medicine of the Catholic University of Korea, has now succeeded in overcoming these hurdles. Instead of skin cells, the researchers used pericytes as the starting cell type. Pericytes coat capillary endothelial cells and form an integral part of the blood-brain barrier.

"Pericytes and oligodendrocyte progenitor cells originate from the same cell population during development," said Kee-Pyo Kim, the first author of the study. "Therefore, we assumed that pericytes would be well suited for this reprogramming and subsequent differentiation into oligodendrocyte progenitor cells," Kim continued. "If a conversion process is more direct and simple, it would be more efficient and therefore more interesting for later cell therapies," Kim explained the team's thinking. "This is because the starting cells have a memory of their original identity," Kim said. The memory consists of what is known as the transcriptome — all the RNA molecules present in the cell at a given time — and the epigenetic marks — the posttranslational modifications of DNA that regulate gene activity. "If less needs to be reprogrammed, the conversion process is more easily achieved," Kim explained.

Indeed, the researchers were able to turn pericytes into oligodendrocyte progenitor cells. "Our iOPCs derived from pericytes can be efficiently propagated and differentiated into myelinating oligodendrocytes," Kim said. "We didn't need three transcription factors to do this, as shown in the production of iOPCs from skin cells, but only two factors: Overexpression of Olig2 and Sox10 were sufficient to induce iOPC generation," Kim said.

To learn whether and how these iOPCs mature into myelin-producing oligodendrocytes in vivo, that is, in the brain itself, the researchers transplanted the iOPCs into the brains of shiverer mice. These mice have the so-called shiverer mutation in the MBP gene. The mutation causes the myelin basic protein (MBP), which is essential for the myelin sheath, not to be produced. Therefore, shiverer mice develop a characteristic "trembling" gait within a few weeks after birth and are often used as animal models for leukodystrophy. Transplanted into the spinal cord or brain of shiverer mice, pericyte-derived iOPCs have been shown to induce the myelination of axons. These critical experiments were conducted in the laboratory of Steve Goldman of the University of Rochester, United States, who developed this model in 2008.

"To our surprise, after transplantation into the brains of shiverer mice that cannot myelinate their axons, most of the iOPCs settled on the blood vessels and turned back into pericytes. They did not differentiate into oligodendrocytes that normally wrap axons with a myelin sheath”, Kim said. "This showed us that the iOPCs retain the memory of their original phenotype, which prevents them from in vivo myelination."

When iOPCs were pre-differentiated into pre-oligodendrocytes and then transplanted into the brain of shiverer mice, robust myelination was possible. "In vivo myelination was particularly evident 12 weeks after transplantation, and we rarely found cells that had reverted to pericytes," Kim said. "Compared with primary OPCs — native, tissue-derived OPCs — we found no differences in myelination ability," Kim said, confirming the positive result.

"With this study, we have established an effective strategy to generate an iOPC population that is highly expandable and functional," Kim concluded. "This approach overcomes an important limitation that has hindered their therapeutic application," Kim said.

Namely, many cells are needed for subsequent therapeutic approaches; thus, an expandable initial cell population is essential. "Our study clearly demonstrates the need to keep donor cell memory in mind when developing cell-based therapeutic approaches," said Hans Schöler. "To exploit the therapeutic potential of directly transformed cells, further investigations are needed into how different reprogramming methods influence donor cell memory and whether it is possible to guide and stabilize cellular identity toward the desired cell type, for example with chemical agents."