Carbon-Hotspots in the Baltic Sea: How seagrass can help to remove carbon dioxide from the atmosphere 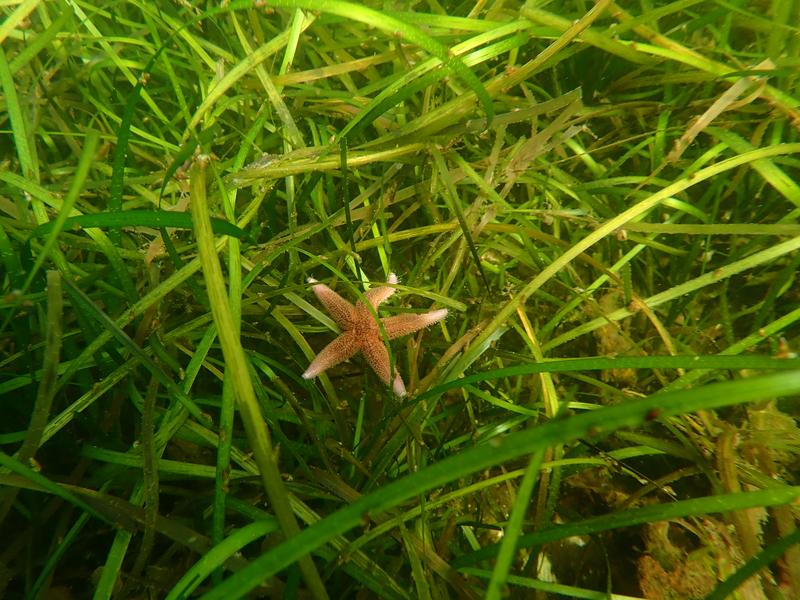 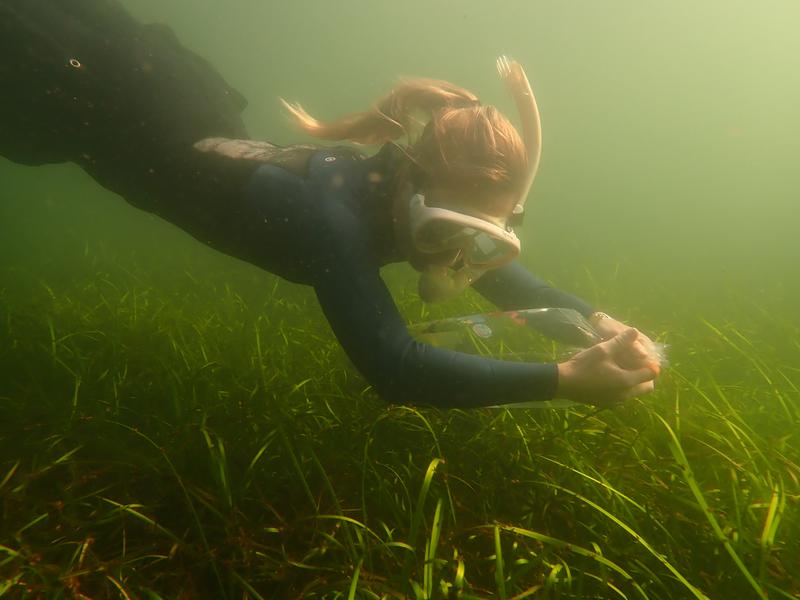 Oceans are among the largest carbon stores on our planet. An important factor are marine plants such as seagrass meadows, mangrove forests and salt marshes, which sequester carbon in the soil. In the German Baltic Sea, for example, seagrass meadows currently store around 3 to 12 megatons. This is significantly more than was previously known, as the first results from Dr. Angela Stevenson from GEOMAR Helmholtz Center for Ocean Research Kiel show.

In the German Baltic Sea, seagrass meadows cover an area of almost 300 square kilometers. They protect the ocean floor and thus prevent the carbon that is bound in the soil from being released into the ocean. This way, the plants bind 29 to 56 kilotons of carbon dioxide per year. In order to determine the exact amount of carbon in seagrass meadows, Dr. Angela Stevenson collected and analyzed sediment samples at various points along the entire German Baltic Sea coast as part of the Helmholtz Climate Initiative: “Our preliminary results show that a lot of carbon is stored here, significantly more than was previously known. The sediments under seagrass meadows are two to sixty times richer in organic carbon than sediments without seagrass."

Seagrass meadows that were protected from waves stored more organic carbon because the sea floor was less exposed to movement. However, the GEOMAR team was able to make an unexpected discovery: "During our dives, we found hotspots in some places, where 50 times more organic carbon was stored than in the bare sediment," says Stevenson. “We actually expected low values here because the seagrass is exposed to strong wave activities.” The marine researcher now wants to find out where these hotspots come from: “They cannot be explained by wave exposure or sea water depth alone.” In some sediment samples, the scientists also found pieces of wood that were surprisingly well preserved. These could be from earlier times, before seagrass grew in these places, possibly even before the sea level rose after the Ice Age. "But that's just a hypothesis for now," says Stevenson. "We still have to date our samples to know when the terrestrial material was deposited."

Seagrass meadows and other marine plants store carbon very efficiently and thus make an important contribution to reducing carbon dioxide emissions. In the "SeaStore" project funded by the Federal Ministry of Education and Research (BMBF), GEOMAR is therefore developing techniques to restore and expand the habitats of seagrass meadows along the entire German Baltic Sea coast. On the coast of Schleswig-Holstein, for example, that would be an area of around 450 square kilometers that could be populated with seaweed.

“With the data from our project in the Helmholtz Climate Initiative, we can identify locations that could store a lot of carbon and specifically plant seagrass here,” says Stevenson. In the future, non-scientists could also participate in the protection of the meadows: “For example, we want to involve the many amateur divers in Germany, to help plant the seagrass and monitor the newly restored meadow’s health - like an underwater community garden."

About Helmholtz Climate Initiative
Helmholtz Climate Initiative researches systemic solutions for one of the greatest social challenge of our time: climate change. Scientists from 15 Helmholtz centers are jointly developing strategies to reduce emissions and adapt to unavoidable climatic impacts - with a focus on Germany: Cluster I "Mitigation - Netto-Zero-2050" is working on a roadmap that shows how Germany could reduce its carbon dioxide emissions to net zero by 2050. Cluster II "Adaptation" researches adaptation options in areas of life that are affected by climate change, such as health, agriculture, energy supply or transport. Helmholtz Climate Initiative makes scientifically based knowledge available to many areas of society and enters into a dialogue with those responsible from politics, business and the media as well as the interested public.

Anhang der PM
Carbon-Hotspots in the Baltic Sea: How seagrass can help to remove carbon dioxide from the atmosphere