How We Know Whether and When to Pay Attention 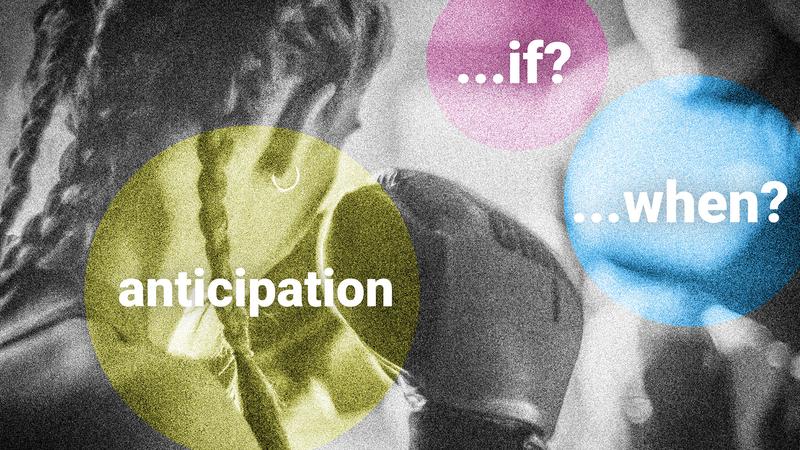 Fast reactions are based on estimates of whether and when events will occur. | Copyright: Image: Max Planck Institute for Empirical Aesthetics | Download

Fast reactions to future events are crucial. A boxer, for example, needs to respond to her opponent in fractions of a second in order to anticipate and block the next attack. Such rapid responses are based on estimates of whether and when events will occur. Now, scientists from the Max Planck Institute for Empirical Aesthetics (MPIEA) and New York University (NYU) have identified the cognitive computations underlying this complex predictive behavior.

How does the brain know when to pay attention? Every future event carries two distinct kinds of uncertainty: Whether it will happen within a given time span, and if so, when it will likely occur. Until now, most research on temporal prediction has assumed that the probability of whether an event will occur has a stable effect on anticipation over time. However, this assumption has not been empirically proven. Furthermore, it is unknown how the human brain combines the probabilities of whether and when a future event will occur.

An international team of researchers from MPIEA and NYU has now investigated how these two different sources of uncertainty affect human anticipatory behavior. Using a simple but elegant experiment, they systematically manipulated the probabilities of whether and when sensory events will occur and analyzed human reaction time behavior. In their recent article in the journal Proceedings of the National Academy of Sciences (PNAS), the team reports two novel results. First, the probability of whether an event will occur has a highly dynamic effect on anticipation over time. Second, the brain’s estimations of whether and when an event will occur take place independently.

“Our experiment taps into the basic ways we use probability in everyday life, for example when driving our car,” explains Matthias Grabenhorst of the Max Planck Institute for Empirical Aesthetics. “When approaching a railroad crossing, the probability of the gates closing determines our overall readiness to hit the brakes. This is intuitive and known.”

Georgios Michalareas, also MPIEA, adds: “We found, however, that this readiness to respond drastically increases over time. You become much more alert, although the probability of the gates closing objectively does not change.” This dynamic effect of whether an event will occur is independent of when it will happen. The brain knows when to pay attention based on independent computations of these two probabilities.

The research team’s findings indicate that the human brain dynamically adjusts its readiness to respond based on separate probability estimates of whether and when events occur. The results of this study add significantly to our understanding of how the human brain predicts future events in order to interact accordingly with the environment.