Lecture Series: A Foray into 50 Years of the University of Bremen 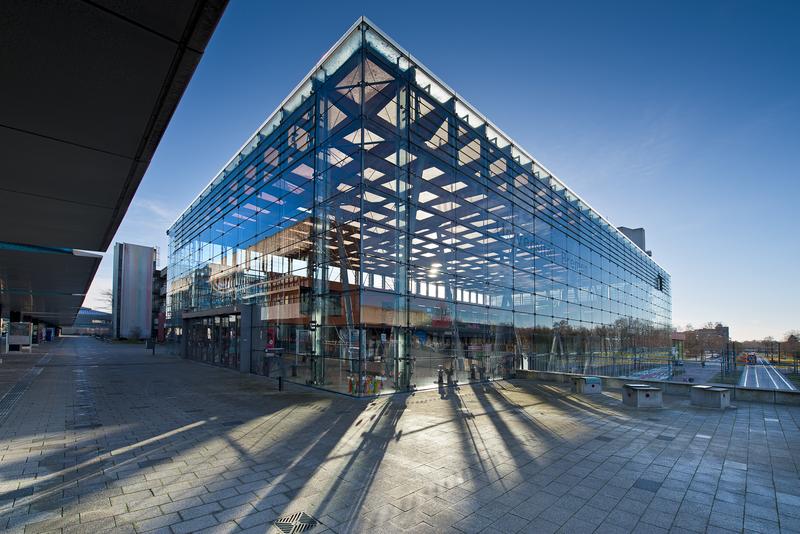 The lecture series is organized by the Institute of Historical Studies (Modern and Contemporary History) in cooperation with the University Archive Bremen. It focuses on the history of the former reform university against its social and political background. What role did the student movement or educational justice issues play in its founding? How did it fit into the overall German university landscape? A special focus is placed on issues of co-determination and transparency alongside the core areas of research, teaching, and studies. Initially, all of this received special attention in the form of the “Bremen Model,” which was in some cases the cause of many discussions.

While some lectures focus on the 1970s setting, others examine themes of the present and the future. Which challenges must the university overcome now and in the future? In which direction can and should the university develop? On which past experiences can the future be built?

Internationally highly distinguished speakers are involved in the lecture series, which will run until the end of the year. The kick-off lecture is being held by Dr. Wolfgang Kraushaar from the Hamburg Foundation for the Advancement of Research and Culture at 6 p.m. on April 22. Dr. Kraushaar studied political science, sociology, and German studies in Frankfurt am Main. From 1987 to 2015, he worked as a political researcher at the Hamburg Institute for Social Research. He also spent time at the Beijing Normal University in Peking (China) as a visiting professor in 2004 and is one of the leading experts when it comes to the history of the protest movement for example.

What Is the First Lecture on April 22 About?

The end of the traditional professor-led university system meant a democratization of universities was announced – by both the reformers as well as the radicals stemming from the student movement. Thus, the Bremen university that was founded in 1971 became a guinea pig – an indicator of the reform capacities of university politics that went beyond the borders of one state and was at some point relevant for the whole republic. The talk will take place digitally via Zoom. Participation is possible via this link: https://uni-bremen.zoom.us/j/95209368909?pwd=ZEV2RU5HelE2NXRxVXluM0xyUWVtQT09

50 Years of the University of Bremen – Planned Events:

In the anniversary year, the university is planning numerous events and campaigns to show all interested parties how the university is contributing to the community. In times of pandemic, we will carefully plan and adapt these events to the valid regulations.

“50 Reasons WHY” Exhibition Throughout Bremen

The “50 Reasons WHY” exhibition started in March. The event is to answer one thing above all – Why has the University of Bremen been so tightly knit with its home for the past five decades and is such an important part of the Bremen DNA? And where can the university be found throughout the state and in the community? The exhibition has the aim of showing what has been achieved by people from and with the university. Based on 50 examples, you can find out where the university is involved and how it has changed Bremen since 1971. From March to August, 50 sites will be accessible across Bremen. In October, an exhibition in the Lower Town Hall will bring the sites together. You can find out which locations are part of “50 Reasons WHY” at https://www.uni-bremen.de/en/50years/events/50-reason.

From June 7 to 11, 2021, the traditional OPEN CAMPUS event will take place as a digital OPEN CAMPUS WEEK for the first time ever. For five days, our faculties, institutes, and other university institutions want to show off their talents under the motto “OPEN WORLDS – SHARE KNOWLEDGE.” The organization team has developed a diverse and interactive concept, which will allow you to digitally experience and discover the university. A mixture of live formats and other offers, such as videos, podcasts, info texts, photos, and graphics are planned. The majority of what is being offered will be accessible via the internet by means of a digital map – even after the OPEN CAMPUS WEEK.

In fall, the University of Bremen plans to invigorate Bremen’s city with a wide range of research and teaching topics. CAMPUS CITY is scheduled from October 14, 2021 – 50 years to the day after the university was founded. On this historic date, a celebratory reception is also planned to take place with invited guests at City Hall. In times of pandemic, we will have to decide closer to the time how CAMPUS CITY and the reception can be realized.

“50 Years of the University of Bremen” Project Fund

The university has set up a project fund to create a diverse program with students, teaching staff, researchers, and university staff in the areas of technology and administration. In this way, additional projects by university members will be supported alongside the central anniversary events. They will be realized in the anniversary year in the form of podcasts, exhibitions, lectures, and other creative activities.

Meike Mossig
Deputy Head of the Administrative Unit for University Communication and Marketing
University of Bremen
Phone: +49 421 218-60168
Email: mmossig@uni-bremen.deCorrection note: In this press release the access data for the lecture on April 22 are incomplete. We apologize for this error. Here is the complete information: Participation is possible via the following link: https://uni-bremen.zoom.us/j/95209368909?pwd=ZEV2RU5HelE2NXRxVXluM0xyUWVtQT09 (ID: 952 0936 8909, Passcode: 236253).