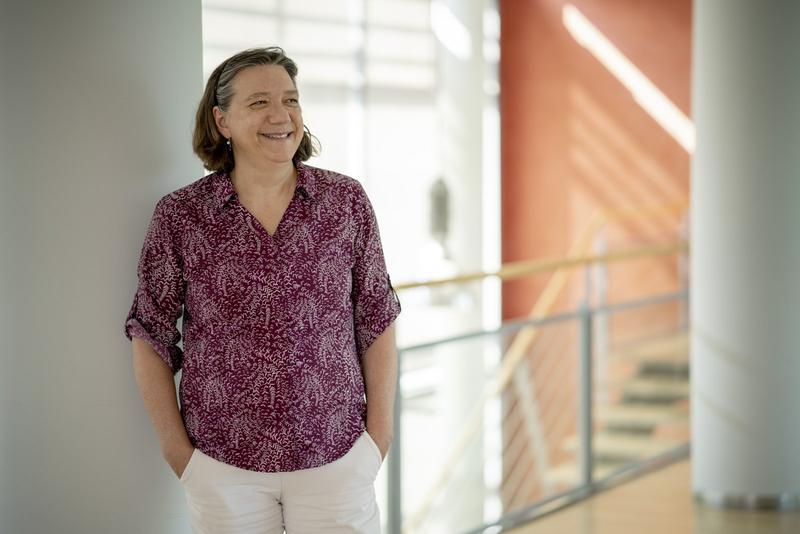 For her outstanding contributions to biogeosciences, Prof. Susan E. Trumbore from the Max Planck Institute for Biogeochemistry in Jena, Germany, was awarded the 2021 Vladimir Ivanovich Vernadsky Medal of the European Geophysical Union (EGU).

Prof. Susan E. Trumbore is an Earth systems scientist focusing on the carbon cycle and its effects on climate. She is director at the Max Planck Institute for Biogeochemistry in Jena, Germany, since 2009. She now received the 2021 Vladimir Ivanovich Vernadsky Medal of the European Geophysical Union (EGU) for her outstanding contributions to biogeosciences in general, and in particular for leading the scientific community in quantifying terrestrial carbon turnover using radiocarbon dating.

“I feel particularly honored to receive this prestigious prize named after Vernadsky, who also pushed the concept of the “biosphere” in the early 19th century.” says Trumbore. Vladimir Ivanovich Vernadsky (1863 -1945) was a Ukrainian mineralogist and geochemist who is considered one of the founders of biogeochemistry and radiogeology.

The continuous exchange of carbon between the Earth’s spheres make up an important yet poorly understood part of the global carbon cycle. Trumbore has pioneered the use of radiocarbon, the carbon isotope 14C, as a global tracer for the carbon cycle. By measuring levels of 14C, derived from atmospheric nuclear weapons testing in the late 1950s and early 1960s, Trumbore has developed insights into the turnover times of carbon in various terrestrial systems, particularly soils and forests. This “bomb‐14C” serves as a transient tracer that now is present, at different levels, in different components of the global carbon system. In the scientific community, Prof. Trumbore is recognized as the world‐wide leading authority in applying radiocarbon dating to environmental science, including climate change research.

Trumbore’s research interests are highly interdisciplinary, combining field ecology, plant physiology and soil science. Her research is global in scope, ranging from forest and grassland systems in Germany to tropical rainforest and savannah in South America and Africa and boreal forests in Canada. Trumbore currently co-leads the Amazon Tall Tower Observatory (ATTO), a joint Brazilian-German collaboration, from the German side. “Within the ATTO project, we aim to study the interactions between intact central Amazon forests, the atmosphere and both the regional and global climate”, she says.

In addition to her numerous scientific contributions, Trumbore has served the community in a number of ways, e.g. on scientific committees of the US National Research Council, the American Association for the Advancement of Science, and the American Geophysical Union. Furthermore, Trumbore was editor-in-chief of the journal Global Biogeochemical Cycles and is now editor-in-chief of the new open access journal AGU Advances.

Trumbore has received numerous honors and awards, including the Benjamin Franklin Medal for Earth and Environmental Science in 2018, the British Ecological Society Marsh Award for Climate Change Research in 2019 and the Balzan Prize for Earth System Dynamics in 2020. She is an elected fellow of the American Geophysical Union, the American Association for the Advancement of Science, and the Geochemical Society of the United States of America. Trumbore is also a member of the Max Planck Society, the US National Academy of Sciences, and the German National Academy of Sciences Leopoldina.