Understanding and Comparing Pension Systems at a Glance 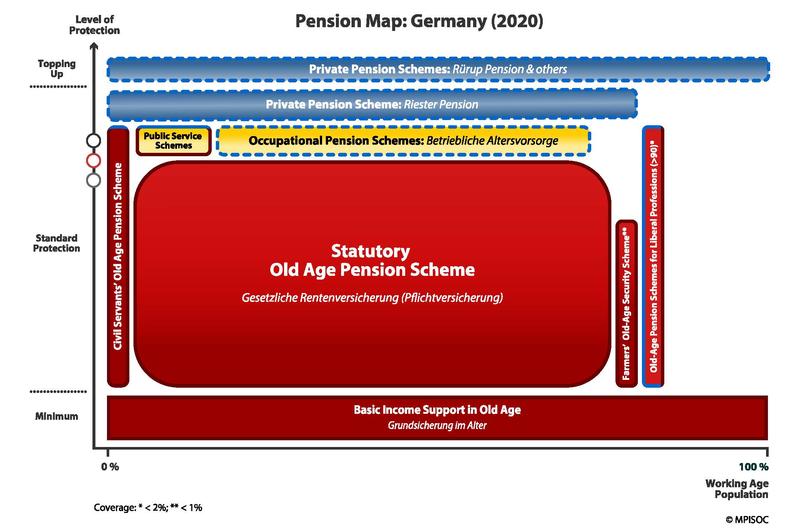 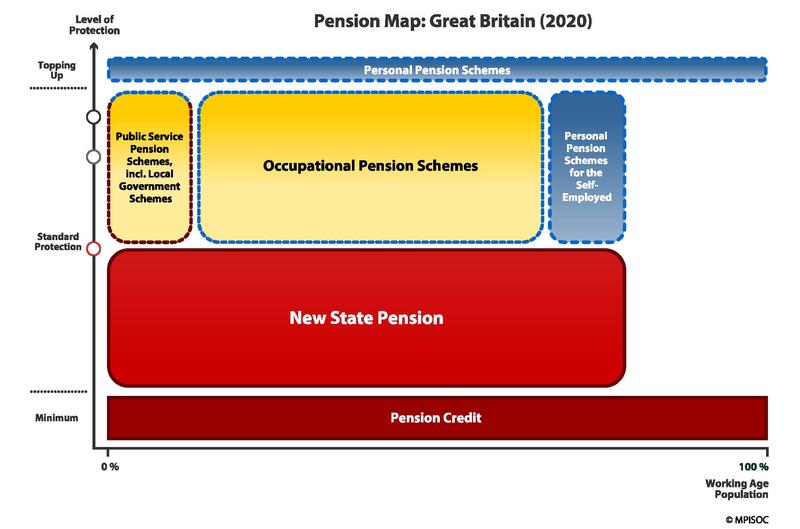 Which pension system is the best? Even though there is no simple answer to this question, the Pension Maps of the Max Planck Institute for Social Law and Social Policy for the first time offer an easy-to-understand visualised overview of pension schemes in ten countries. The clearly arranged graphics show at a glance how old age security is organised, which security function the various parts of the system have, who has access to a supplementary pension, and how high the average pension level is in a given country compared to the average in Europe and the OECD.

"The idea of the Pension Maps is to make the complex pension systems understandable and comparable for everybody," says Prof. Dr. Ulrich Becker, Director at the Institute and Head of the Social Law Department, which created the Pension Maps in cooperation with social law experts from all over Europe. It is easy to see, for example, that in Norway 100% of the population is covered by the state pension system, while in Greece this only applies to slightly more than half of the population. In France, the fragmentation of the pension system into different occupational groups is especially striking. The French example in particular shows the obvious difficulty in establishing uniform pension reforms due to the multitude of interests prevalent in the country. In fact, several attempts to harmonise the system have already failed.

At a second glance, much more information can be gleaned, especially as each Pension Map provides a brief summary of the most important institutional features, funding mechanisms, eligibility requirements and benefits. Austrians benefit from a particularly generous pension system. Not only is the net wage replacement rate from the statutory pension 89.9% for a standard pensioner*, according to OECD data; the Austrian pension insurance also grants, after an income check, an equalisation supplement which guarantees a minimum pension. Those who have been insured for many years can also receive a pension bonus. In contrast, a minimum pension is not an explicit goal of the rather non-redistributive German statutory pension insurance. Moreover, Germany has, unlike Austria, not yet abolished privileges for civil servants, whose tax-funded pensions reach an above-average level compared to the standard pension.

Redistribution is especially large in Great Britain's "New State Pension": the British insured receive from it the same amount on retirement if they have paid in for the same length of time – regardless of how high the contribution paid was. In Great Britain, income-related pension benefits only exist in occupational and private pension schemes, which are particularly important due to the level of the state pension being only slightly above the level of social assistance. Professional pension schemes, by contrast, hardly play a role in Eastern European countries such as the Czech Republic and Slovenia. Their socialist heritage is also noticeable insofar as the state pension systems there display a simple structure.

In order to ensure comparability, a system of categories was developed for the presentation of the pension systems, consisting of legal form, function, right to access, form of affiliation (mandatory or voluntary), means testing, as well as modes and sources of financing. It is also based on the assumption of a person entering working life in 2020 and thus serving as a contributor to the old age security system.

* Standard pensioner: Person who has worked full-time at average earnings for the years required for regular retirement, depending on the country.