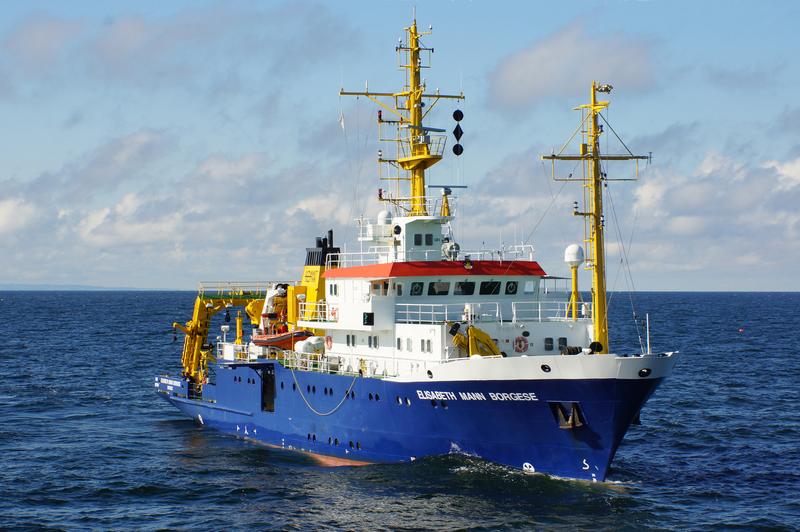 The aim of the expedition with the IOW vessel ELISABETH MANN BORGESE as part of the DAM pilot mission "Mobile Ground Fisheries Baltic Sea" is to conduct a comprehensive survey of the of the seabed state in Fehmarnbelt and Oderbank marine protected areas. | Copyright: IOW 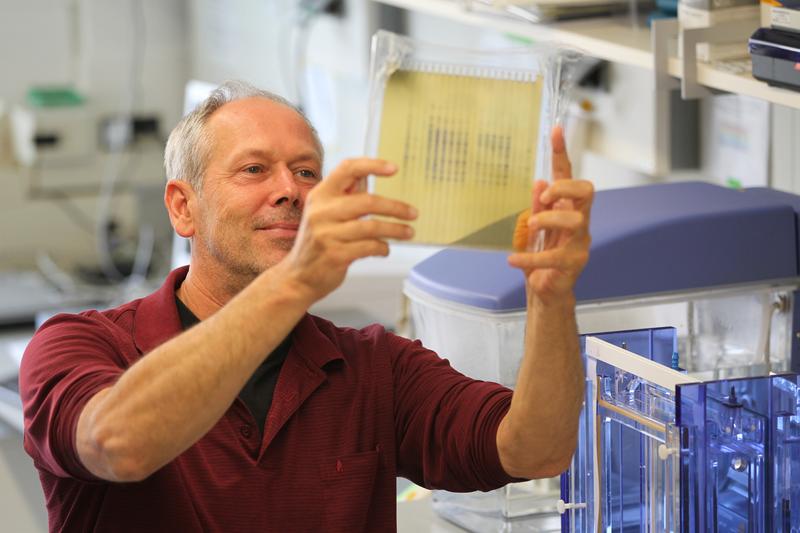 On June 2, 2021, a two-week ship expedition led by the Leibniz Institute for Baltic Sea Research Warnemünde (IOW) will set out to marine protected areas in the Fehmarnbelt and the Oderbank. The aim of the research cruise is to carry out a comprehensive survey of the seabed’s condition, which, in addition to geophysical and geochemical properties, for the first time also includes the entire near-bottom food web – ranging from bacteria to fishes. The cruise is part of the pilot missions of the German Marine Research Alliance (DAM) to investigate the impact of bottom trawling on marine protected areas in the North and the Baltic Sea*.

Marine protected areas (MPAs) in the federal German waters of the North Sea and the Baltic Sea designated by European nature conservation law aim at protecting special habitats and the diversity of their biotic communities. Nevertheless, fishing still takes place in these areas, including bottom trawling to catch demersal fish such as plaice, sole and cod. Depending on the intensity and the fishing gear used, this leads to more or less severe physical damage to the seabed. To date, the impact of this on habitats such as sandbanks, reefs and mussel beds has barely been investigated in the Baltic Sea.

“These sea floor habitats and the associated organisms perform many ecosystem functions that are extremely valuable, both for the Baltic Sea itself and for its human utilisation. They provide food for important fish stocks, for example, or work as ‘purification plants’, removing excess nutrients, organic substances and pollutants from the water,” says Klaus Jürgens, marine biologist at the IOW and coordinator of the Baltic Sea DAM pilot mission. This is one of the important reasons why bottom trawling is to be excluded in the next few years, at least in parts of the German and European marine protected areas. This will, however, be decided at EU level an in accordance with the Baltic Sea states.

“We now have the unique opportunity to track and document, how the exclusion of bottom trawling will impact the seabed in the protected areas,” Jürgens explains the key point of the current Baltic Sea research mission. “If we record comprehensive and robust baseline data of the present environmental state inside and outside of protected areas, we have excellent comparative material to later analyse how the bottom morphology, biotic communities and the biogeochemical exchange processes between sediment and water will develop without disturbance.” Such a distinctive “before” and "after" – almost like under experimental conditions – is rare, Jürgens continues.

The Baltic Sea expedition with the IOW research vessel ELISABETH MANN BORGESE, which starts tomorrow from Rostock, will document the current state of selected areas in protected areas of the Fehmarnbelt and the Oderbank, as well as neighbouring of reference areas outside the MPAs. “We will use a wide range of methods, including highly sensitive state-of-the-art geo-acoustics, which will help to record even the smallest structures, as well as geochemical and molecular methods to analyse the water column, the sediment and benthic organisms,” Klaus Jürgens elaborates. In addition, measurements at the sea floor and in the on-board laboratory will be carried out to record the biogeochemical matter fluxes between the sediment and the water column. “This is the first time that such a comprehensive seabed survey will be done in the German Baltic Sea in connection with marine protected areas, which takes into account the entire benthic food web – even the function of the smallest organisms such as bacteria and microalgae,” the IOW researcher says.

Due to the Corona pandemic, the expedition is divided into two legs, because instead of the full crew of 12 scientists, only 8 at a time can join the cruise to allow for single chamber occupancy. In addition to experts from the IOW, researchers from the Universities of Cologne and Rostock, the GEOMAR – Helmholtz Centre for Ocean Research Kiel, the German Research Centre for Geosciences Potsdam and the Wilhelmshaven Institute “Senckenberg am Meer” are also on board.

A first successful sampling in the Fehmarnbelt as part of the DAM pilot mission already took place last year. “It was remarkable how pronounced and numerous the trawl marks were on the seabed, even within the MPA. It will be interesting to see whether these furrows change important processes in the sediment,” comments Klaus Jürgens. In order to better understand what exactly happens when the seafloor is being ploughed up, the researchers are not only relying on long-term observations. “Shortly after the current expedition, we want to conduct an experiment over several days together with the University of Rostock and the Thünen Institute for Baltic Sea Fisheries in a near-coast fishing area, where we will study the immediate effects directly after a bottom trawler has been deployed. Several ships and divers will use geo-acoustics and underwater filming, as well as subsequent sampling, to directly follow up on how the sediment is rearranged and stirred up,” explains project leader Jürgens.

“In order to effectively preserve marine protected areas in the future, we need to better understand the impact of bottom trawling. Our results can be an important basis for developing appropriate measures towards this goal as well as for developing perspectives for environmentally acceptable fishing methods,” Klaus Jürgens concludes.

*The DAM pilot missions on the impact of bottom trawling in the North Sea and Baltic Sea have a 3-year funding period (3/2020 – 2 / 2023). The Alfred Wegener Institute Helmholtz Centre for Polar and Marine Research (AWI) is charge of the project management for the pilot mission in the North Sea, while the IOW heads the pilot mission in the Baltic Sea. The pilot missions are carried out on the initiative of an in close cooperation with Germany’s Federal Agency for Nature Conservation (BfN) and are funded by the German Federal Ministry of Education and Research (BMBF). Both pilot missions are part of the DAM research mission “Protection and Sustainable Use of Marine Areas”. Within this framework, together with its member institutions and by bringing in stakeholders from public authorities, politics, business and civil society, the DAM is working on science-based courses of action for decision-makers.

The IOW is a member of the Leibniz Association that connects 96 independent research institutions that range in focus from natural, engineering and environmental sciences to economics, spatial and social sciences and the humanities. The institutes are jointly financed at the state and national levels. The Leibniz Institutes employ a total of 20,000 people, of whom 10,000 are scientists. The total budget of the institutes is 1.9 billion Euros. www.leibniz-association.eu