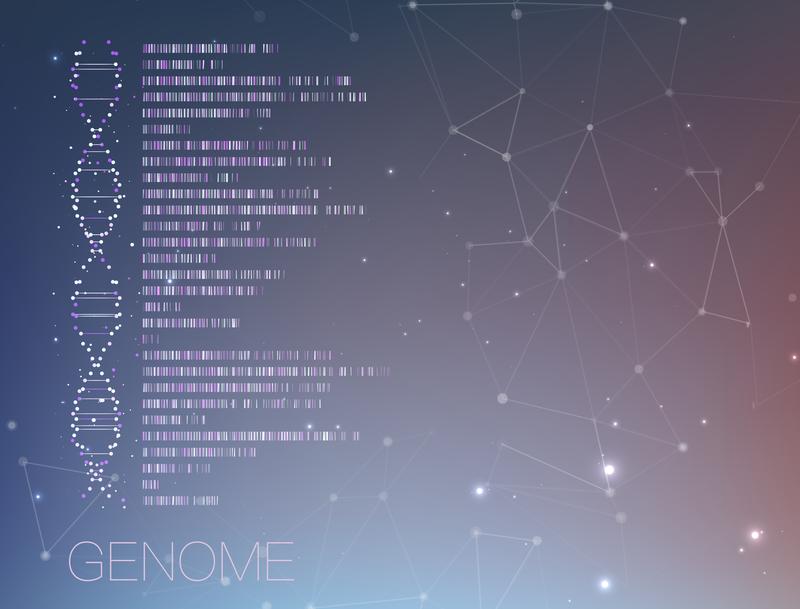 For the first time in Europe hundreds of rare disease experts, including researchers from the Tübingen Institute of Medical Genetics and Applied Genomics and the Neurological University Hospital, team up to actively share and jointly analyze existing data from unsolved rare disease patients. The Solve-RD project published a series of papers in the European Journal of Human Genetics describing the new approach and the structures established to warrant best exchange of expertise. Involved in the project are data scientists and genomics experts as well as expert clinicians and geneticists from the European Reference Networks (ERNs). In an accompanying paper the first results of the approach to solve rare diseases through programmatic reanalysis of genome-phenome data are described. In addition, four case reports from the ERNs show the advantage of the approach and provide details why the patients have only now received their diagnosis.

Getting a diagnosis can be a long and arduous process. Some patients spend months, years, or even their entire lives without receiving a proper diagnosis and corresponding therapy. Around 50 percent of patients with a rare disease remain undiagnosed even in advanced expert clinical settings where Whole Exome Sequencing (WES) is applied routinely as a diagnostic approach. WES is an efficient way to identify the genetic variants of an individual’s genes to identify ones cause of the disease. Improved genetic testing and interpretation is needed to effectively diagnose rare diseases which is the main aim of the Solve-RD project.

Solve-RD is a Horizon 2020-supported EU flagship project bringing together more than 300 clinicians, scientists, and patient representatives of 51 sites from 15 countries. Solve-RD is built upon a core group of four European Reference Networks (ERNs; ERN-ITHACA, ERN-RND, ERN-Euro NMD, ERN-GENTURIS) which annually see more than 270,000 rare disease patients with respective pathologies. The main ambition of Solve-RD is to solve unsolved rare diseases for which a molecular cause is not yet known. This is achieved through an innovative clinical research environment that introduces novel ways to organize expertise and data. Two major approaches are being pursued i) large scale data re-analysis of more than 19,000 unsolved rare disease patients and ii) novel combined -omics approaches.

Data scientists and genomics experts are organized in a Data Analysis Task Force, and expert clinicians and geneticists from each ERN are organized in Data Interpretation Task Forces. Partnering or associated ERN centers are contributing datasets from rare disease patients who remain undiagnosed after whole exome or genome sequencing. They are being re-analyzed by the Data Analysis Task Force using e.g. EU-funded resources such as the RD-Connect Genome-Phenome Analysis Platform (https://platform.rd-connect.eu). New technological approaches have been setup to enable a secure, fast and cost-effective automated re-analysis of the thousands of undiagnosed patients and relatives entering the project. The first preliminary data re-analysis has already diagnosed 255 cases from approx. 4,500 families. This unparalleled level of cooperation, which focuses on exchanging data and knowledge, would help to recognize many new disease genes and diagnose many previously undiagnosed patients from across Europe.
The advantages of this approach are described in four case reports from the ERNs involved in Solve-RD.

ERN-ITHACA: Solve-RD includes understudied approaches in re-analysis, such as analyzing the mitochondrial DNA from WES data. ERN ITHACA (Intellectual disability, TeleHealth, Autism and Congenital Anomalies) shows that this may successfully yield unanticipated diagnoses with clinical implications, by describing a male proband with a complex neurodevelopmental disorder caused by a variant in MT-TL1. Because of the atypical presentation, a mitochondrial disorder had not been considered clinically and therefore the mitochondrial DNA had not been analyzed. However, in retrospect, several features are seen that fit the spectrum described for MT-TL1. This finding is not only relevant for the patient, but also for his family members and their future children.

ERN-RND: ERN-RND (rare neurological diseases) describes three cases which have been solved by the Solve-RD re-analysis. These cases have not been solved earlier because a) the respective genetic variant has been included in the ClinVar database after the initial genetic workup (example ITPR1 gene); b) initial research centered on disease-specific panels (example EXOSC3 associated disease). The use of human phenotype ontology based on phenotypes rather than diagnostic categories as well as consideration of variant specific rather than gene-specific phenotypes enabled detection of pathogenic variants.; and c) exon-intron boundaries commonly covered by WES allowed to find a non-coding variation causing RND (example POLR3A gene).

ERN-Euro NMD: ERN-Euro NMD (neuromuscular diseases) presents the diagnostic journey of a patient with cerebellar hypoplasia and spinal muscular atrophy (PCH1) and congenital bone fractures, that remained undiagnosed even after exome sequencing. Re-analysis of the exome data by inclusion in the Solve-RD project resulted in the identification of a homozygous stop-gain variant in the TRIP4 gene, previously reported as disease causing. Thus, the project identified a novel genetic form of PCH1, further strengthening the link of this characteristic phenotype with altered RNA metabolism. This highlights the importance of analysis reiteration and improved and updated bioinformatic pipelines.

ERN-GENTURIS: ERN-GENTURIS (rare genetic tumor risk syndromes) joint re-analysis of exome data of unresolved hereditary gastrointestinal cancer patients revealed a pathogenic PIK3CA missense variant, c.3140A>G p. (His1047Arg), in a 25-year-old patient diagnosed with diffuse gastric cancer. The variant, located in a known cancer-related somatic hotspot, was present at a low variant allele frequency in leukocyte-derived DNA. Somatic variants in PIK3CA are usually associated with overgrowth, a phenotype that was not observed in this patient. This report highlights mosaicism as a potential – and understudied – mechanism in the aetiology of diffuse gastric cancer.

In conclusion, Solve-RD shows how hundreds of European rare disease specialists can work together to diagnose patients with rare diseases and to solve the unsolved rare diseases. Motivated by these first results, great progress of Solve-RD is anticipated in the next years.

This press release refers to the following publications: