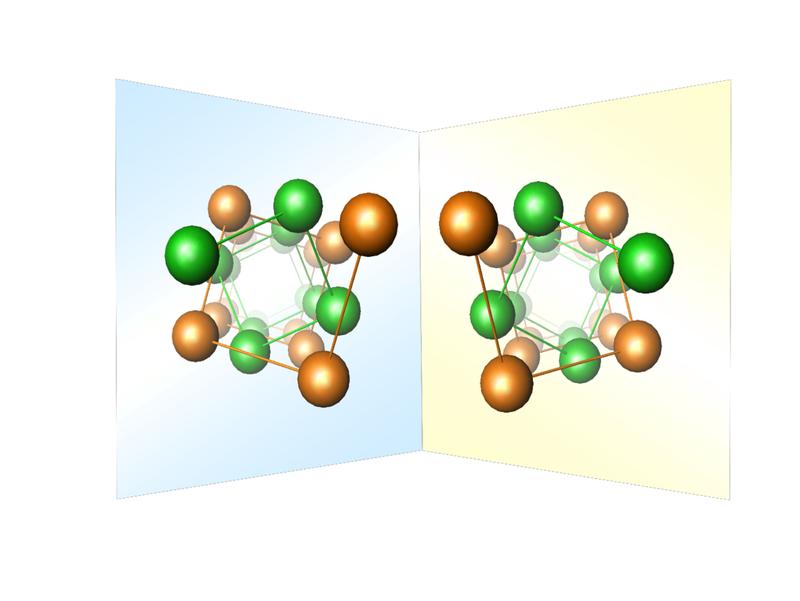 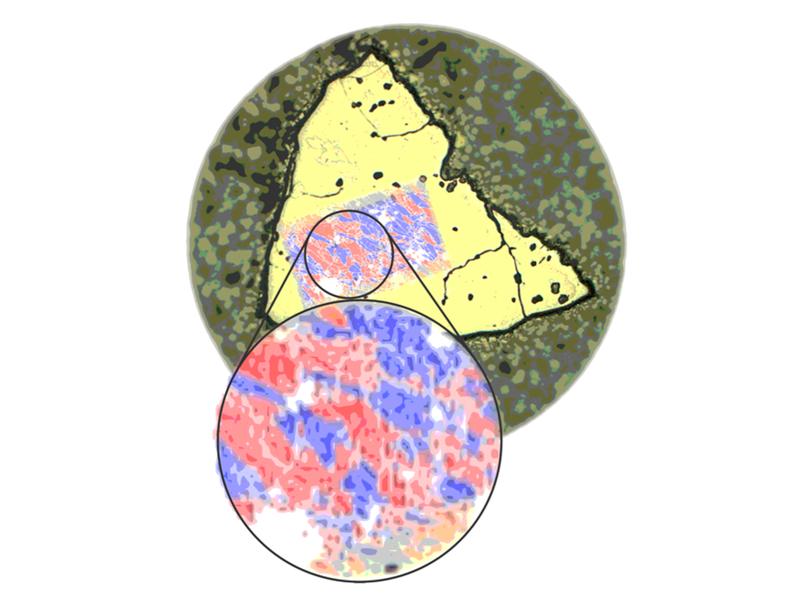 The spatially resolved determination of which of the two enantiomorphic structural variants - the left-handed or the right-handed - of a chiral phase is present in a polycrystalline material is the focus of our publication in Science Advances. With the EBSD (electron backscatter diffraction) -based technique, this is shown for the first time for the chiral element structure β-Mn for which a determination of the handedness with usual x-ray diffraction methods is not possible so far.

Left- or right-handedness is a symmetry property that many macroscopic objects also exhibit and which is of immense importance, particularly for the bioactivity of organic molecules. Chirality is also relevant for physical or chemical properties such as optical activity or enantioselectivity of crystalline solids or their surfaces. In the case of chiral metallic phases, unconventional superconductivity and unusual magnetic ordered states are linked to the chirality of the underly-ing crystal structure. Despite this connection between chirality and the properties of a material, detection is often difficult because left-handed and righthanded structural variants can cancel each other out or at least weaken chirality effect.

It is not always possible to prepare chiral materials that contain only one of the two structural variants. More often, both structural variants are present in a polycrystalline material. For sys-tematic investigations, it is therefore important to be able to determine the handedness with good spatial resolution.
In the present work, it is show that the EBSD method can be used to determine the distribution of enantiomorphic structural variants not only in polycrystalline materials of multicomponent phases, but also for the chiral elemental structure β-Mn. The difference between multicomponent crystal structures and the elemental structure is therefore of particular importance, since the x-ray diffraction method, which is usually used to determine handedness, does not provide any information of the handedness for a chiral elemental structure such as β-Mn. Since a few years EBSD (Electron Backscatter Diffraction) is an established method to determine the local crystal orientation in a polycrystalline material by means of Kikuchi lines. The EBSD investigation is carried out with a scanning electron microscope. It is therefore a comparatively simple method for determining the local crystallographic properties of a polycrystalline material. The Kikuchi lines are formed by diffraction of the electrons on a strongly tilted, flat surface. However, conventional methods for evaluating the EBSD pattern do not allow any conclusion about the handedness of a phase. Only the consideration of dynamic electron multiple scattering in the simulation calculations yields differences in the Kikuchi lines of the two enantiomorphs. An assign-ment of the handedness is made on base of the better agreement of the experimental EBSD pat-tern with one of the two simulated patterns.

These investigations were carried out on the phases β-Mn and the structurally closely related multicomponent compound Pt2Cu3B. The distribution of enantiomorphs was determined from the EBSD pattern for both phases, while the x-ray diffraction on the Xenon- FIB (Focused ion beam) cut crystals allowed an assignment for the ternary phase only. The EBSD-based determi-nation of the distribution of the enantiomorphs in a polycrystalline material significantly simpli-fies the preparation of materials with defined handedness.

Figure 2: Enantiomorph distribution map of left (red)- and right-handed (blue) grains of β-Mn in a polycrystalline material. The map is an overlay to an optical bright field micrograph of a mounted and metallographically prepared manganese sample (small circle: ∅ = 500 µm).