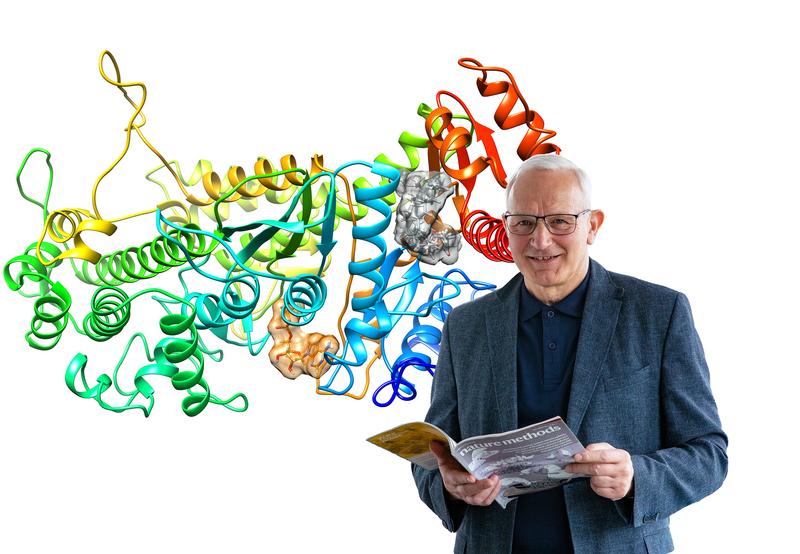 Cardiovascular diseases are the most common cause of death in Germany. Important triggers for this are stress, lack of exercise and an unhealthy diet. Now a research team led by Professor Dr. Dietmar Manstein, Director of the Institute of Biophysical Chemistry at Hannover Medical School (MHH), has discovered another reason why people with heart problems should avoid butter, cream cake or roast lamb: They contain rumensic acid, a trans fatty acid found in cow's milk products and the meat of ruminants. The research results have now been published in the Journal of Physiology.

"Rumic acid binds to the cardiac motor protein myosin, an important building block of our heart muscle fibres", explains Professor Manstein. For a long time, the biochemist and structural biologist has been dealing with the question of how certain substances in food chemically and biologically control and influence our body. In biochemical experiments, he discovered that rumen acid, which is formed in the paunches of ruminants, can apparently dock well with the motor muscle protein in the human heart. With the food, the conjugated trans fatty acid enters the blood via the intestine either directly or in the form of vaccenic acid, which is first converted to rumenic acid in the body, and then continues to the heart. There, it causes the heart muscle to contract more frequently and increases the organ's energy consumption. "For healthy people, this is completely unproblematic," says the scientist. But in a damaged heart, the effect can have negative consequences - for patients, for example, whose heart muscle tissue is less supplied with blood after arteriosclerosis or a heart attack and is supplied therefore less well with nutrients and oxygen.

Drugs used to treat acute life-threatening heart disease typically lower blood pressure and the heart's beating rate. "They put the heart into a kind of hibernation, so to speak, so that the heart muscle tissue uses less energy, can recover and become functional again," says Professor Manstein. Rumic acid contributes to the permanent loss of functional heart muscle tissue in this situation by increasing energy consumption. In addition, rumic acid binds in the same myosin region as a new class of therapeutic agents used in heart failure and partially abolishes their effect. "Thus, an inappropriate diet can significantly limit the therapeutic efficacy of these promising agents," Professor Manstein states.

The original paper "Allosteric modulation of cardiac myosin mechanics and kinetics by the conjugated omega-7,9 trans-fat rumenic acid" can be found here: https://physoc.onlinelibrary.wiley.com/doi/full/10.1113/JP281563