Soot from heaters and traffic is not just a local problem 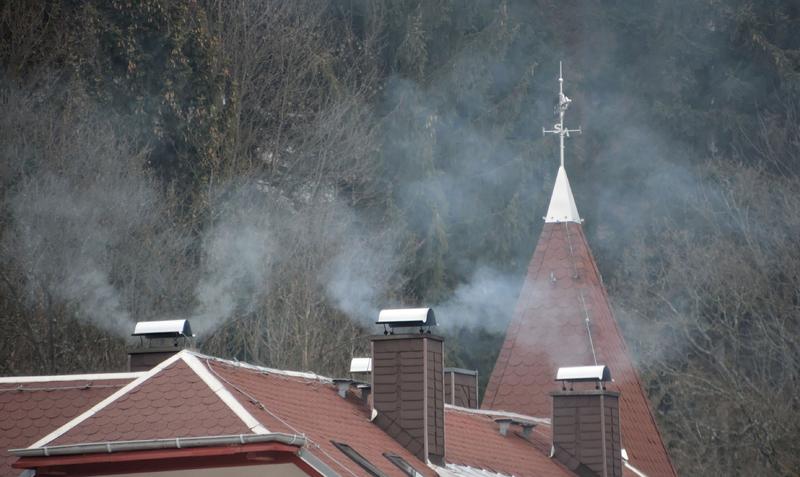 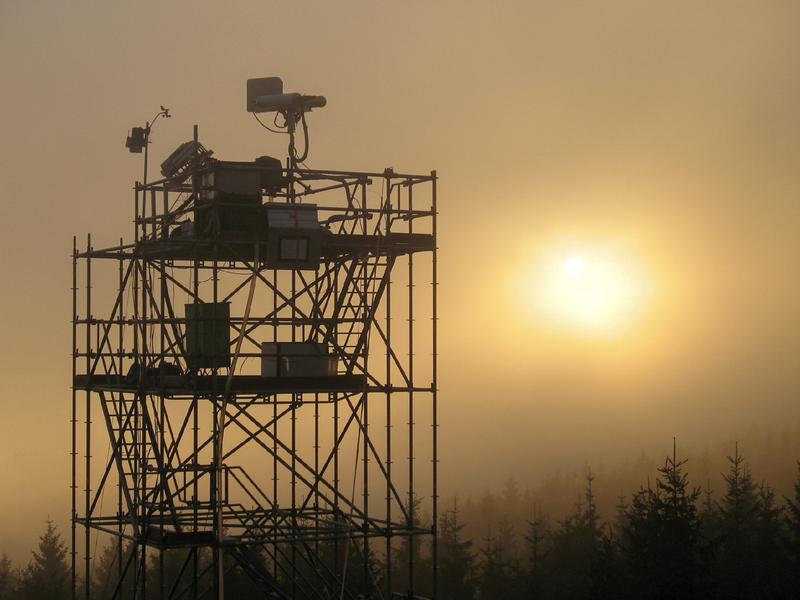 Study from Thuringia shows: 50 per cent of the soot that is harmful to health comes from local sources and 50 per cent from long-distance transport.

Leipzig. Soot particles from oil and wood heating systems as well as road traffic can pollute the air in Europe on a much larger scale than previously assumed. This is what researchers from the Leibniz Institute for Tropospheric Research (TROPOS) conclude from a measurement campaign in the Thuringian Forest in Germany. The evaluation of the sources showed that about half of the soot particles came from the surrounding area and the other half from long distances. From the researchers' point of view, this underlines the need to further reduce emissions of soot that is harmful to health and the climate, as the carbon-containing particles still contribute to health hazards and climate warming even over distances of several hundred kilometres.
The results were published in the journal "Atmospheric Chemistry and Physics" (ACP), an open access journal of the European Geosciences Union (EGU).

In September/October 2010, extensive measurements took place in Thuringia as part of the "Hill Cap Cloud Thuringia 2010" (HCCT-2010) experiment. The analysis now published examined the chemical composition of aerosol particles and the various sources of carbon-containing particles that reached the measurement site near the village of Goldlauter in the Thuringian Forest, Germany. At that time, a total of about 50 cloud researchers from Germany, France, England and the USA had participated in the measurements in the middle of Germany. The evaluation and chemical analysis of the extensive samples was very time-consuming and took several years. "The data analysis applied made it possible to distinguish local soot emissions dominated by fossil fuel combustion from soot transported from great distances," explains Dr Laurent Poulain from TROPOS. "But a physical effect also helped us: Over the course of their short lives, soot containing particles grow. The bigger this particle is, the older it is and the longer it must have been travelling in the atmosphere." The impactor samples were therefore divided into two categories: Carbon in particles smaller than 400 nanometres is relatively young and comes from local sources. Carbon in particles larger than 400 nanometres is relatively old and comes from distant sources. This allowed local soot emissions to be estimated at 48 per cent and soot from distant sources at 52 per cent.

In another study from winter 2016/17, TROPOS researchers were already able to estimate the share of transboundary particulate matter: Particulate matter of the PM10 size class from long-distance transport from Eastern Europe contributed 44 to 62 per cent of the total PM10 particulate matter at rural locations in Eastern Germany, according to a study for various state environmental offices. The main sources were combustion emissions, probably from wood and coal-fired heating systems. With the study now published, it is clear that even for soot, which accounts for only a portion of PM10 fine particulate matter, the relationship between ambient and remote sources is similar: about half of the soot comes from the local environment and the other half from long-distance transport across the continent.

The new findings underline the need to set Europe-wide limits for soot. In spring 2021, the EU Parliament called on the EU Commission to introduce EU-wide standards for ultrafine particulate matter, soot, mercury and ammonia, because although these substances have a negative impact on human health, they are not yet regulated by EU air quality standards. The EU Air Quality Directive is to be updated by 2022. A public consultation is planned for autumn 2021.

However, soot does not only have a negative impact on human health. It is becoming increasingly clear that soot also contributes to global warming by causing the dark particles to absorb light or contribute to cloud formation. According to the latest report of the Intergovernmental Panel on Climate Change (IPCC), there are still large gaps in our knowledge about the quantities and distribution of soot in the atmosphere, which the new report aims to reduce. The IPCC will adopt and publish its new assessment report ("AR6 Climate Change 2021: The Physical Science Basis") in early August 2021. Tilo Arnhold

Scientists and engineers will discuss at UN climate conference how the fight against air pollution can protect the climate (Press release, 30 Nov 2018)
https://www.tropos.de/en/current-issues/press-releases/details/scientists-and-engineers-will-discuss-at-un-climate-conference-how-the-fight-against-air-pollution-can-protect-the-climate

The Leibniz-Institute for Tropospheric Research (TROPOS) is member of the Leibniz Association, which connects 96 independent research institutions that range in focus from the natural, engineering and environmental sciences via economics, spatial and social sciences to the humanities. Leibniz Institutes address issues of social, economic and ecological relevance. They conduct knowledge-driven and applied basic research, maintain scientific infrastructure and provide research-based services.
The Leibniz Association identifies focus areas for knowledge transfer to policy-makers, academia, business and the public. Leibniz institutions collaborate intensively with universities – in the form of “Leibniz ScienceCampi” (thematic partnerships between university and non-university research institutes), for example – as well as with industry and other partners at home and abroad.
They are subject to an independent evaluation procedure that is unparalleled in its transparency. Due to the importance of the institutions for the country as a whole, they are funded jointly by the Federation and the Länder, employing some 20,000 individuals, including 10,000 researchers.
The entire budget of all the institutes is approximately 1.9 billion Euros. They are financed jointly by the Federal Government and the Länder. The basic funding of the Leibniz Institute for Tropospheric Research (TROPOS) is therefore financed by the Federal Ministry of Education and Research (BMBF) and the Saxon State Ministry of Science and the Arts (SMWK). The Institute is co-financed with tax revenues on the basis of the budget approved by the Saxon State Parliament.
https://www.leibniz-gemeinschaft.de/en/home/
https://www.bmbf.de/en/index.html
https://www.smwk.sachsen.de/