Difficult decisions in the cell nucleus: Inactivation of the X chromosome is dynamic and complex 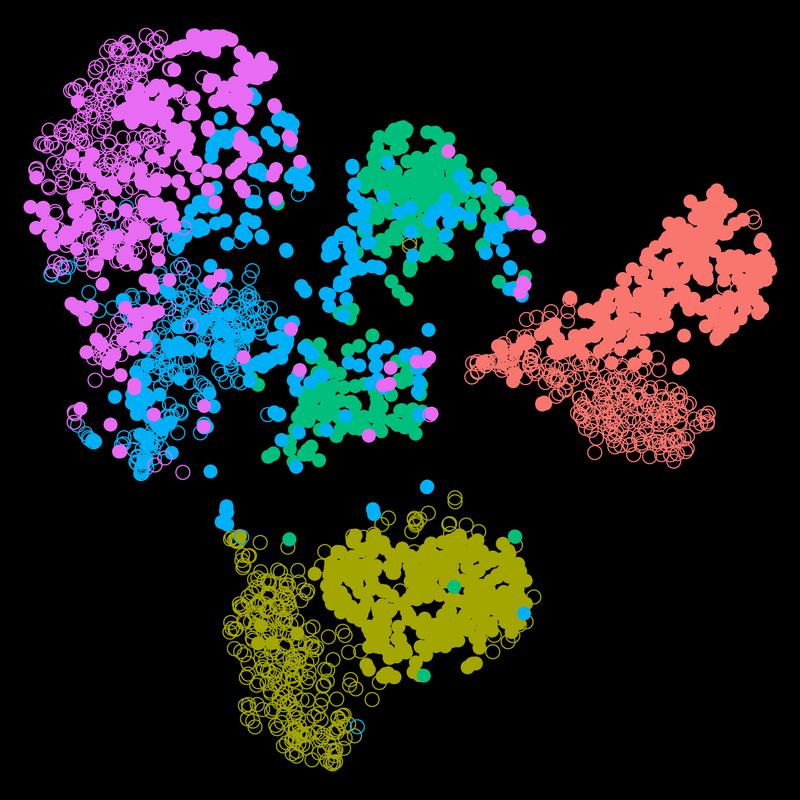 Female mammals switch off one of their two X chromosomes during early stages of embryonic development. But how the cells decide which chromosome to turn off is still a mystery. The sequencing and analysis of thousands of single cultured cells now revealed more about the initial phase of this process. Apparently, in some cases both chromosomes will start the inactivation process before only one is activated again and emerges as the “winner”.

How boring life would be if we were to reproduce via offshoots, divide midway like unicellular organisms or give birth to genetically identical copies of ourselves like aphids do. "Sexual reproduction not only makes our existence more exciting, it is also the spice of evolution," says Edda Schulz of the Max Planck Institute for Molecular Genetics (MPIMG) in Berlin. "It mixes the genes and thus combines the characteristics of different individuals, which then, if they are lucky, gain an advantage in natural competition."

The offspring of sexually reproducing organisms receive one copy of each kind of chromosome from the mother and one from the father. Only the sex chromosomes are different.

The cells of most male mammals have one X chromosome and an additional small chromosome stub with a handful of genes for male sexual development – the Y chromosome. “So a cell actually only needs one X chromosome to function, but female cells have two of them and thus a dosage problem,” says Schulz. “Not regulating this would be as detrimental to the cell as a completely overspiced meal is to us.”

Consequently, each female cell switches off one of the two sex chromosomes. For this purpose, a gene called “Xist” is activated and gets transcribed several hundreds of times. The emerging RNA molecules envelop one of the two X chromosomes that shrivels up into a tiny lump. But what determines which X chromosome gets silenced? Does the “faster” chromosome prevail? Schulz' team of scientists, together with a research group led by Annalisa Marsico from the Helmholtz Zentrum München, pursued these questions in a new paper published in the journal Nature Communications.

The researchers found that the Xist gene is initially active on both X chromosomes, where it starts to turn off the chromosomes at an early stage, but then focuses on only one after a short time. Which of the chromosomes gets silenced and how efficiently the silencing proceeds, is determined by genetic information on the chromosome itself.

"The decision which X chromosome gets silenced is not completely random and is influenced by other control sequences in the genome," says group leader Annalisa Marsico. "We have now shown for the first time in a highly resolved manner what happens when different sets of these sequences are present on each of the two chromosomes."

X chromosome inactivation is a complex process that begins when the embryo implants as a tiny ball of cells in the uterine lining. “Studying X-linked inactivation in parallel with the rest of the developmental events is definitely challenging,” says Guido Pacini, a statistician and PhD student in Schulz's lab and first author of the new paper. “In the earliest stages of the embryo, there are a myriad of biological processes and genetic networks at play that are all constantly changing and moreover interacting with each other.”

Pacini together with the teams in Berlin and Munich studied inactivation in a cell culture of mouse embryonic stem cells in which both X chromosomes were still active. They triggered the development of the cells and then analysed at various times which genes on the X chromosomes were active and which were silenced – in each cell individually. The researchers were able to recover and sequence around 120,000 molecules of messenger RNA per cell, which are molecules that are produced when genes are read from DNA.

The teams could easily distinguish whether the genes of the X chromosome of one parent or the other were affected. This was possible because the cultured cells originated from an animal with distantly related parents, a cross between Western European and Southeast Asian house mice.

“Since the strains of mice lived separated from each other for such a long time, they accumulated different sets of genetic differences”, explains Pacini. When the DNA is transcribed to RNA, these changes are reflected in transcripts as well, allowing the scientist to assign them to either the paternal or maternal chromosomes. “This would not have been so easy to do in humans, due to a considerably smaller number of mutations between the parental chromosomes.”

In the culture dish, the cells preferentially inactivated the chromosome that came from the Western European mouse. In almost one third of cells, the Xist gene was active after four days, compared to only one sixth in the other chromosome variant. This phenomenon has been known for a long time. What is new, however, is that the inactivation is more complete and effective in the chromosome of the Southeast Asian relatives.

“Genetic variations in the Xist sequence are probably responsible for this, but we do not yet understand their exact mechanism,” says Schulz. “It could be possible that one Xist variant compensates for its delay in inactivation with a higher efficiency.”

"However, it is likely that not only variation in the Xist sequence influences the X inactivation differences between the two mouse strains, but also genetic variation at other X-chromosomal genes, which are subject to gene silencing", says Schulz. After all, the researchers discovered differences in several X-linked genes, after they calculated how quickly or slowly each gene was turned down in comparison to its counterpart on the other chromosome.

“One goal of our research is to understand which sequences can protect a gene from silencing,” explains Marsico. “We could learn from this, how to potentially interfere with silencing, which in turn can be useful in certain therapeutic contexts.”
“The initial phase of X-linked inactivation is particularly interesting, namely when both chromosomes are in competition with each other,” says Schulz. “In practice, a preference for one over the other chromosome has very tangible effects, namely when only one confers disease-causing properties.”