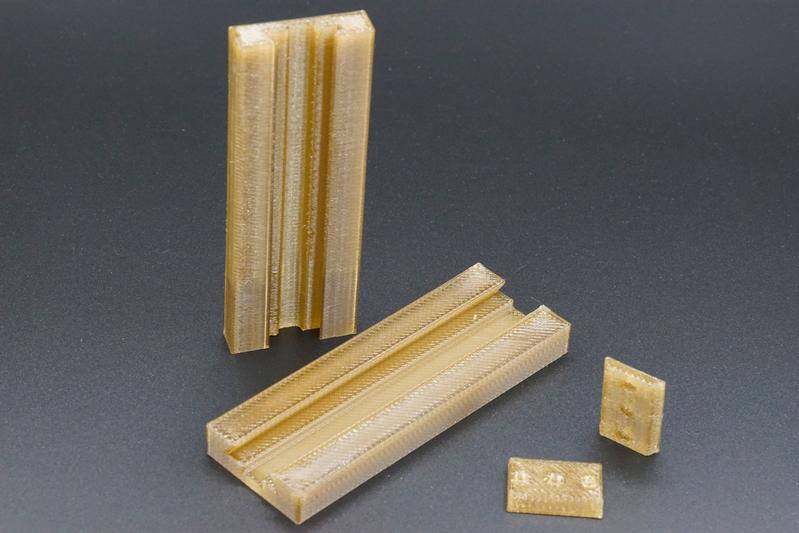 Stereotactic systems are special devices used in neurosurgical procedures. Until now, conventional production methods have meant that these devices are not only expensive to manufacture, but are also geometrically limited. However, in conjunction with inomed Medizintechnik GmbH, a research team from Fraunhofer IPA has now found a way of manufacturing stereotactic systems from plastic using a 3D printer – a cost-effective method that opens up new design potential.

Anyone suffering from Parkinson’s disease fitted with a brain pacemaker or who has had a biopsy taken for a suspected brain tumor may have undergone a stereotactic procedure in the operating room. This is where neurosurgeons clamp a patient’s head into a device which serves as a reference system. With the help of stereotactic systems surgeons can locate their instruments precisely at the right point for minimally invasive surgery.

Dimensional accuracy is therefore the most important requirement that a stereotactic system must fulfil. Given that stereotactic systems are reprocessed as reusable medical devices, they need to be cleaned, disinfected and sterilized after each procedure. During these processes, they are exposed to high pressures and temperatures in addition to elevated pH values. Current stereotactic systems generally contain elements made from titanium, aluminum and stainless steel. However, these metals have a major disadvantage: they interfere with imaging processes. In computerized tomography (CT) scanning, metallic elements cause interfering artefacts in the image by absorbing X-rays or scattered radiation. This results in lens flare distorting the image.

Ultimately, the FLM process proved to be the best. Polyether ketones or polyetherimides are particularly suitable for use in this application. “These plastics do not interfere with imaging at all”, explains Karin Chen from the Center for Additive Manufacturing. “During testing, the plastic was visible as a transparent, light-gray surface and could be easily distinguished from the bone that we x-rayed”.

With this, the first step on the way to producing high-quality yet cost-effective stereotactic systems using 3D printers has been taken. However, there is still some way to go until serial production can begin. Over the next couple of years, the research team from the Center for Additive Production at Fraunhofer IPA will focus on developing the relevant manufacturing technology in conjunction with inomed Medizintechnik. In parallel, the product design of the stereotactic systems will be further developed so that these systems can be produced additively and are just as precise and robust as their metal predecessors. The result will be a brand-new generation of stereotactic systems with an innovative design.

The German Federal Ministry of Education and Research is financing the “S2MedPrint” research project, which was launched on May 1, 2021, to the tune of approximately 218,000 euros.