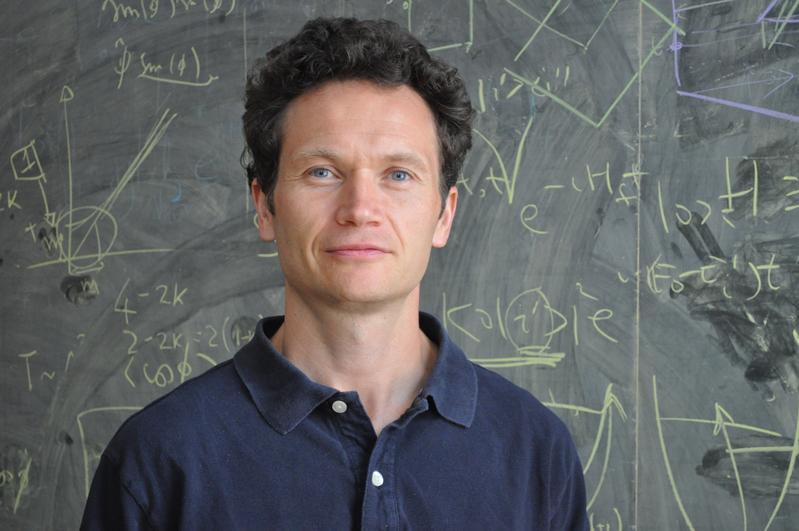 The Russian-American researcher Eugene Demler is to receive the Hamburg Prize for Theoretical Physics 2021. Demler, who has been a physics professor at Harvard University in the USA since 2001 and will join ETH (Zurich) faculty in the Fall of 2021, works on understanding strongly correlated quantum matter from electrons in solids to dilute atomic gases and photons. His work has a profound impact on diverse areas such as magnetism and superconductivity, many-body physics with ultracold atoms in optical lattices, nonlinear quantum optics, and pump and probe experiments in solids.

The prize will be awarded to Demler in November 2021 in Hamburg, jointly by the Joachim Herz Foundation, the Wolfgang Pauli Centre from DESY and the University of Hamburg, the German Electron Synchrotron (DESY) and the two Clusters of Excellence "CUI: Advanced Imaging of Matter" and "Quantum Universe" at the Universität Hamburg.

The prize money is 137,036 Euros, an allusion to Sommerfeld's fine structure constant, which plays an important role in theoretical physics. The Hamburg Prize for Theoretical Physics has been awarded to internationally renowned researchers since 2010. It is one of the most highly endowed physics prizes in Germany.

"With Eugene Demler, we are honoring a researcher this year who has rendered outstanding services to the application of his theoretical work in experimental physics. His thoughts have provided many important impulses for the development of new materials, for example, for energy transmission or data processing," states Dr. Henneke Lütgerath, Chairman of the Executive Board of the Joachim Herz Foundation.

Towards a better understanding of materials with quantum simulation

Demler is a world-renowned expert in theoretical quantum physics. Theoretical quantum physics describes how electrons, atoms and other miniscule objects behave. Among other things, Demler’s work was instrumental to the development of the field of quantum simulators based on ultracold atoms. When trying to understand complex materials, condensed matter theorists introduce simplified models, analyze them, and try to relate their results to experimentally measured properties of materials. However, even basic models are difficult to solve accurately when they involve strong interactions between particles. When theoretical results disagree with experiments, it is not clear whether this comes from not being able to solve the model accurately or from the model lacking some important features. Quantum simulators resolve this problem by creating experimental systems that emulate fundamental models of condensed matter physics. In particular, cold atom simulators use atoms arranged into periodic structures with laser beams to create artificial crystals. Experiments done on cold atom simulators will not only allow researchers to understand the properties of paradigmatic models but will also elucidate what they are missing for describing condensed matter systems. Experiments done on cold atom simulators have already delivered new insights into the properties of materials that arise from the complex interaction of thousands of particles that obey the laws of quantum mechanics. These include quantum magnets and topological insulators, as well as superconductors, which are materials that allow resistance-free transmission of electricity.
Demler has also pioneered theoretical studies of quantum many-body systems driven far out of equilibrium, as in the case of a strong laser pulse exciting electrons or cold atoms in an optical lattice whose amplitude is oscillating in time. He analyzed the transient properties of superconductors stimulated by sub-millimeter and infrared light and investigated emergent topological properties of electron systems and ultracold atoms subject to periodic drives. His work has introduced new routes towards the coherent optical control of materials, including enhancing superconductivity and inducing topological states. His important contributions to optics include suggesting innovative nanophotonic devices such as optical delay loops based on topological states of photons, and a transistor for light controlled by a single photon.

Demler's research visits to Hamburg are associated with the physics prize. "With his work, Eugene Demler has provided decisive impulses to a series of experiments here in Hamburg, at the university, at DESY, at the Max Planck Institute and at the European XFEL," states Prof. Klaus Sengstock, spokesperson of the Cluster of Excellence “CUI: Advanced Imaging of Matter”. "I am very much looking forward to many stimulating discussions during his research visits to Hamburg."

Eugene Demler (born 1971) studied theoretical physics at the Moscow Institute of Physics and Technology. He then went to Stanford University in California, where he received his doctorate in 1998. He was a Junior Fellow in the Harvard Society of Fellows, became an assistant professor at Harvard in 2001 and a full professor there in 2005. Demler is a member of the Harvard-MIT Centre for Ultracold Atoms and the Institute for Theoretical Atomic Molecular and Optical Physics at the Harvard-Smithsonian Center for Astrophysics. He was a recipient of the 2006 Johannes Gutenberg lecture award from the Mainz Graduate School. In 2015, he was the winner of a Humboldt Research Award, was elected as a fellow of the American Physical Society and became a Distinguished Scholar at the Max Planck Institute for Quantum Optics in Garching near Munich. He was a Senior Fellow at the Institute for Theoretical Studies at ETH Zurich, a Hanna visiting Scholar at Stanford, and a Moore Distinguished scholar at Caltech.

About the use of quantum simulations

Demler published his first widely cited articles on the interplay between antiferromagentism and superconductivity in high temperature superconductors while still working on his doctorate at Stanford University under Shoucheng Zhang. As an assistant professor at Harvard, he played a crucial role in starting a new field of research: solving long standing problems in the field of condensed matter physics using atoms in optical lattices. In this process, deep-frozen atoms are arranged into periodic structures with laser beams. The interaction between individual particles can be manipulated by tuning the strength of the laser field or changing the magnetic field. The tunability of cold atom simulators can be contrasted to solid state systems, in which it is often difficult to separate different complicated phenomena taking place at the same time. Demler’s work went beyond suggesting different types of quantum simulators. He also analyzed how to apply the unique experimental tools of atomic physics to gain insights into quantum many-body systems that are not available in solid state systems. In particular, he pointed out a unique aspect of cold atoms experiments of measuring the positions of all the particles in the system at the same time. This enables the measurement of high order correlation functions and full distribution functions of quantum observables that provide the ultimate characterization of quantum properties of the many-body states.

Demler also recognized that cold atom simulators open new opportunities for studying interacting quantum systems driven far out of equilibrium, both as a tool for realizing tunable “static-like” states and for exploring properties unique to dynamics. Demler's publications have inspired leading experimental physicists to conduct new laboratory experiments, thereby providing valuable impetus for research into practically relevant quantum phenomena, not only on superconductivity, but also on magnetism, topological insulators, and superfluidity, which are of great interest to materials scientists. Demler also combines tools of quantum information science and classical machine learning to find practical applications of quantum simulators in other areas, such as biomedical research. This includes a proposal for quantum assisted inference of NMR spectra, which can help biologists and clinicians to identify compounds in living tissues.

Weitere Informationen:
https://www.joachim-herz-stiftung.de/pressefotos A printable portrait of this year’s awardee is available for download here.