A roadmap of rapid species evolution 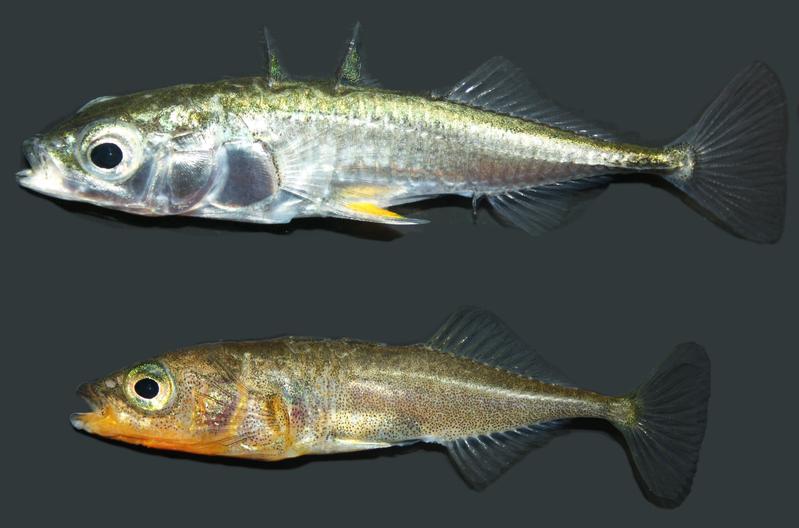 A new study, published in Science Advances, details the genomic changes that drive the rapid evolution of freshwater sticklebacks. Its findings may shed light on which genetic changes might underlie the process of natural selection in other species.

Freshwater threespine stickleback fish have evolved from their marine ancestors in thousands of freshwater lakes across the Northern hemisphere. This process occurred independently in different lakes and is thus a prime example of parallel evolution. Even though it originally took place over 12 000 years ago, it can be repeated and studied nowadays. Remarkably, the adaptations to freshwater evolve within only decades, providing scientists a unique opportunity to actually observe vertebrate adaptation in nature.
An international research team that includes researchers from Krishna Veeramah’s group in Stony Brook University, New York, David Kingsley’s group from Stanford University California and Felicity Jones’ group at the Friedrich Miescher Laboratory of the Max Planck Society in Tübingen, Germany, placed marine sticklebacks into new lakes in Alaska and watched them adapt to their new freshwater habitat over a number of years. They then sequenced the whole genome of these sticklebacks as the fish evolved into freshwater forms. The researchers were able to identify hundreds of underlying genomic changes that form the basis of the rapid adaptation.

Insights into evolutionary mechanism across the tree of life

“By studying rapid changes in genetic variation over a small number of generations in stickleback fish, we’ve identified the genomic features important for rapid adaptation to new environments. We show these features can be used to predict the genomic location of features favored by natural selection in other species across the tree of life, such as Darwin’s finches,” says Felicity Jones, a contributor to the study. “This study highlights that genomic mechanisms important for stickleback adaptation underlie and shape adaptation in species more generally.”
While the predictability of evolution is not an exact science, the authors believe their understanding of sticklebacks in freshwater provide important insights into the genomics behind vertebrate evolution and into how evolution might proceed across species in the future.