Solar energy from the deep repository 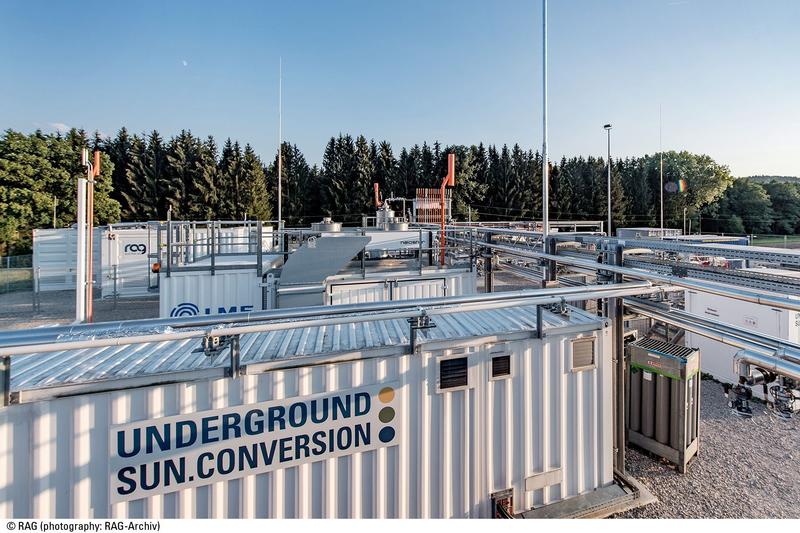 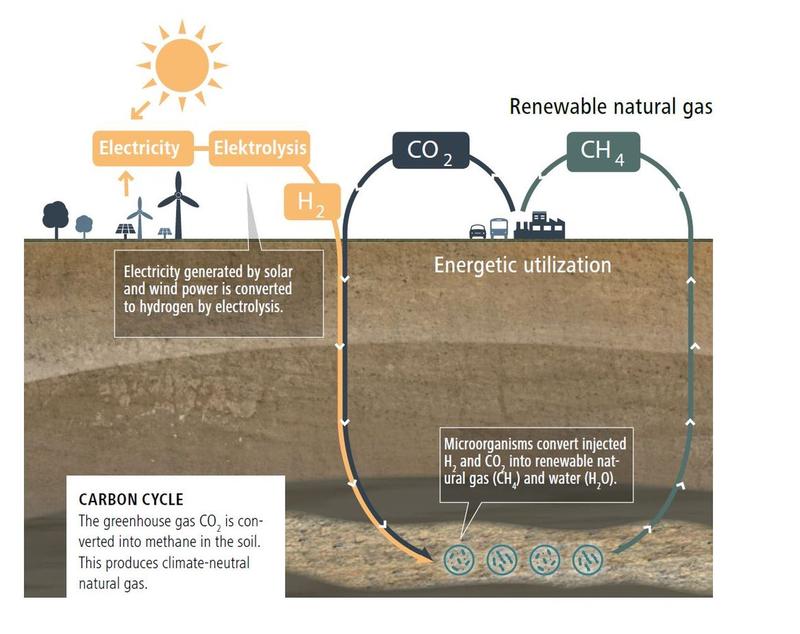 During the winter months, renewable energy is in short supply throughout Europe. An international project is now considering an unconventional solution: Renewable hydrogen and carbon dioxide are pumped into the ground together, where naturally occurring microorganisms convert the two substances into methane, the main component of natural gas.

Underground Sun Conversion: The technology with this rather exciting name, patented by the Austrian energy company RAG Austria AG, offers a way to seasonally store renewable energy on a large scale and make it available all year round. In summer, this involves converting surplus renewable energy – solar power, for instance – into hydrogen (H2). This is then stored together with carbon dioxide (CO2) in natural underground storage facilities – for example former natural gas deposits – at a depth of over 1000 meters.
This is where little helpers come into play: Microorganisms from prehistoric times, so-called archaea, convert hydrogen and CO2 into renewable methane (CH4) via their metabolism. Archaea are found all over the world, mainly in anaerobic, i.e. low-oxygen environments; they were responsible for converting biomass into natural gas millions of years ago. By feeding hydrogen and CO2 into suitable porous sandstone deposits, this process can be started all over again. The methane "produced" in the depth can then be withdrawn from the reservoirs during winter and used in a variety of ways as CO2-neutral natural gas.

In search for suitable locations

Austrian and Swiss energy companies and research institutions have now joined forces to further develop the technology. In a project funded by the EU's research framework program ERA-Net and the Swiss Federal Office of Energy (SFOE), the technical and economic potential in Switzerland and Austria will be explored over the next two years. In Switzerland, the energy company Energie 360°, Empa, the University of Bern and the Eastern Switzerland University of Applied Sciences (OST) are involved. Empa is developing a perspective on the energy system as a whole: "We are looking at when and where surplus electricity occurs, where suitable CO2 sources would be and ultimately where there is demand for renewable natural gas," explains Martin Rüdisüli from Empa's Urban Energy Systems lab. Together with the geological conditions, which are being investigated by researchers at the University of Bern, and the economic boundary conditions, which are being worked out by OST scientists, a map of possible locations for the application of the Underground Sun Conversion technology is to be created.
Empa's Rüdisüli considers the technology to be promising. Particularly because, in addition to biological methanation, it also provides an answer to the seasonal storage problem: "Even with a large increase in methane gas production, there would be no need to expand the aboveground storage infrastructure thanks to the natural storage facilities in the Earth's interior," he says.

On the way to decarbonizing our energy system

The volatility of renewable energy sources is one of the great challenges of the energy transition. In winter, we basically have too little renewable electricity; in summer, there is too much. In an analysis of the potential of the power-to-gas technology in Switzerland – i.e. the conversion of renewable electricity into chemical energy carriers such as hydrogen or methane –, Rüdisüli predicted a surplus of a good 10 TWh of solar electricity in Switzerland over the next few decades - assuming that around half of the suitable roof surfaces were equipped with photovoltaics, which in turn is necessary if it is to replace the nuclear electricity that is being phased out. If the excess electricity is converted into methane in the summer, it could be used to power around one million gas-powered vehicles on a renewable basis all year round. "Converting renewable electricity into seasonally storable energy carriers is an important pillar of a decarbonized future energy system," says Rüdisüli.