Back to the Future of Biodiversity 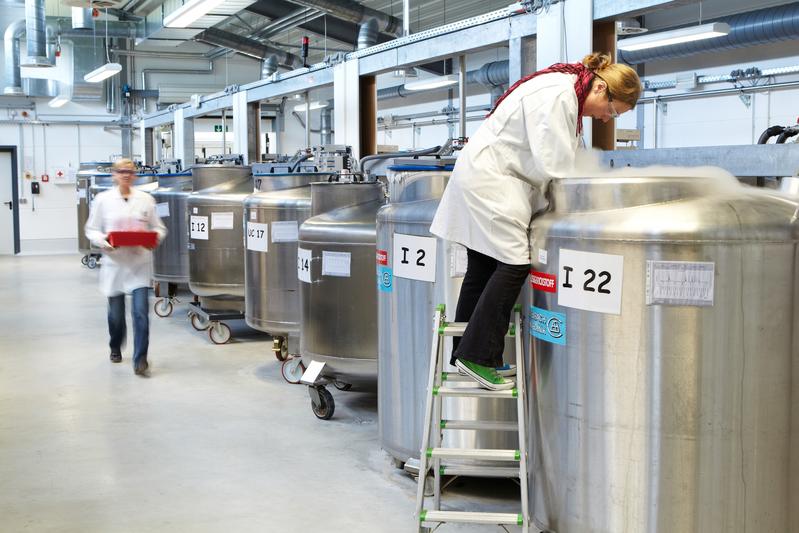 It contains more than 500,000 biological snapshots stored at -150°C: The German Environmental Specimen Bank archives samples from various habitats throughout Germany. Since the 1980s, they have been used to monitor environmental changes. Led by the University of Duisburg-Essen (UDE), researchers are now developing new genetic methods that will allow them to analyze biodiversity trends with the samples in greater detail in the future – for example, about insect extinction and newly introduced species. The Federal Environment Agency funds the "TrenDNA" project with € 1.2 million.

The samples in the environmental specimen bank come from marine, freshwater and terrestrial ecosystems. Since they are stored in tanks with liquid nitrogen at ultra-low temperatures, all chemical and biological information is preserved, including the genetic material. Therefore, the samples can still be analyzed even after decades.

The new project* now aims to expand this potential significantly. "High-throughput sequencing" is the keyword, and the habitat "deciduous forest" serves as a good example: Every year, several kilograms of foliage from several locations are deep-frozen, ground, distributed over 200 samples and stored in the nitrogen tanks. The insects, spiders, fungi and bacteria that are caught in the process were previously ignored; the main focus was on the pollutant load. But today, this "environmental DNA mixture" can be used to identify ladybugs, leaf wasps and all the other inhabitants: Who stays, who leaves? Initial studies suggest that there have been significant declines in species numbers in areas with strong human influence in recent decades.

Same Trends in all Ecosystems?

Yet new technical possibilities and highly standardized environmental samples allow an even closer look at trends in the development of individual populations. For this purpose, the team has set its eyes on the earthworm: Does genetic variation decrease at polluted sites? Or are there more stress-resistant variants? Has the intestinal flora changed? "But our analyses go far beyond that," says UDE‘s professor Florian Leese, spokesman for the project. "We are breaking new ground by taking a comprehensive look at temporal biodiversity trends: at soil, fields, forests, rivers and coasts."

"We will standardize the collection of biodiversity data of unprecedented breadth from the environmental sample bank," explains Jun.-Prof. Henrik Krehenwinkel, deputy project spokesman from Trier. "Because only if there are reliable trend analyses environmental problems can be identified and measures be taken at an early stage." By 2025, their methods are expected to be established.

* Within the project "TrenDNA – Investigations on Biodiversity with the German Environmental Specimen Bank", researchers from the UDE, the University of Trier, the Senckenberg Gesellschaft für Naturforschung and the Fraunhofer Institute for Molecular Biology and Applied Ecology (IME) are collaborating.