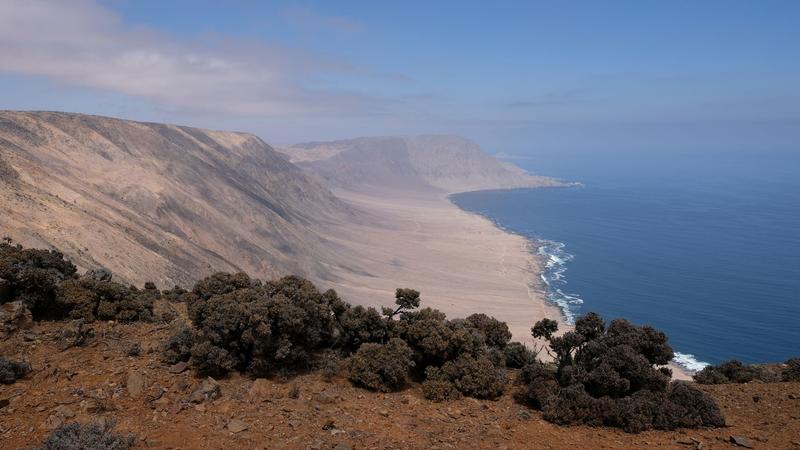 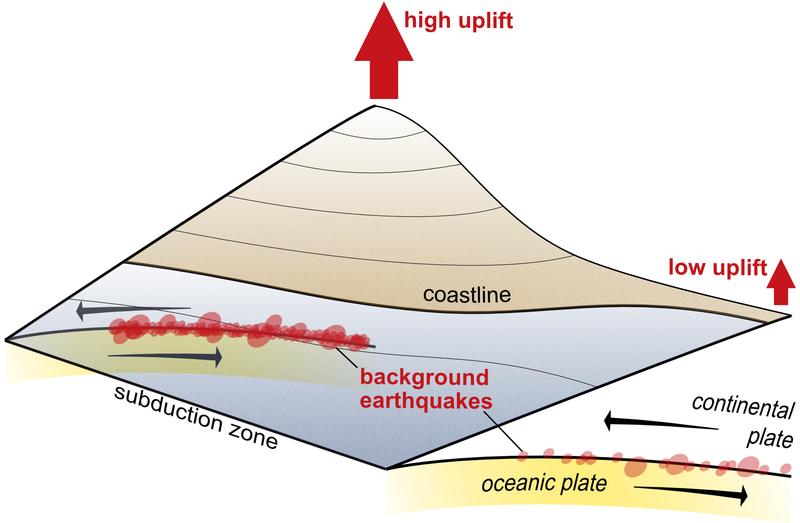 In the time between mega-earthquakes, smaller earthquakes continuously occur between oceanic and continental plates (background earthquakes). Where a lot of energy is released through these earthquakes, we observe coastal mountains that rise faster. In co | Copyright: Image: Andrea Madella | Download
❮ ❯

From a human perspective, earthquakes are natural disasters - in the past hundred years, they have caused more than 200,000 deaths and enormous economic damage. Mega-earthquakes with a magnitude of nine or higher on the Richter scale are considered a particular threat. Yet the incon-ceivable energy released in these events doesn’t seem to affect the uplift of mountains, according to a new study by geoscientists at the University of Tübingen. The energy of small earthquakes that work steadily in the background appears to play a far greater role in shaping the landscape. In Chile and Japan, Professor Todd Ehlers and Dr. Andrea Madella found parallels between seismic activity and the pattern and rate of mountain uplift. The results have been published in the journal Nature Geoscience.

Earthquakes generally occur in areas of the Earth where continental plates collide. Along the Chilean coast, for example, the Nazca plate is being pushed under the South American plate, causing the latter to be compressed and to accumulate elastic energy over hundreds of years. “The discharge of all that energy within a short time - often less than a minute – results in mega-earthquakes which can shake the ground in a terrifying way,” says Todd Ehlers, “and in that time, the oceanic Nazca plate slides under the continental one.”

Mountain ranges are pushed up at the edge of the compressed plate. In Peru and Chile, these are the Andes, which reach heights of more than 6,900 meters. In Japan, where several continental plates collide, mountains form a large part of the land mass.

Surprising patterns
In their study, the researchers examined records of earthquakes of various magnitudes along the fault lines in Chile and Japan and compared that data with the topographic patterns of the landscape. “Once we subtracted the mega-earthquakes and their smaller aftershocks from our calculations, we found that the energy released from the slow sustained activity of smaller earthquakes often matched the coastal uplift,” Andrea Madella reports.

These smaller earthquakes occur mainly at depths of 30 to 60 kilometers and have a magnitude of four to five. “The correlation surprised us. These smaller earthquakes have clearly been underesti-mated,” says Ehlers. “They occur constantly in the background without any particular spatial or tem-poral peaks. It seems to be their cumulative energy that makes the mountains grow over millions of years.” But what happens to the energy from mega-earthquakes? “It bends the whole landscape cyclically,” says Madella. “But that deformation is then reversed and often it causes no permanent uplift of mountains.”