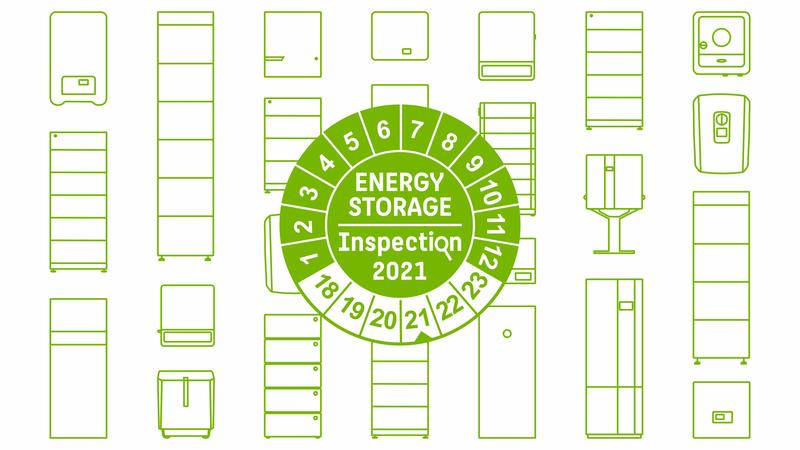 20 solar energy storage systems from 15 manufacturers were benchmarked by HTW Berlin – University of Applied Sciences as the annual Energy Storage Inspection study enters its fourth year. In addition to E3/DC, Growatt, Sonnen and Viessmann, six other manu-facturers participated in this year’s storage system comparison, either for the first time or with the entry of new products. The result: two energy storage systems surpassed the previous efficiency record.

Not only has the number of photovoltaic battery systems installed in Germany increased significantly in recent years – their energy efficiency has also received a boost. This, at least, is the assessment of the Solar Storage Systems Research Group at HTW Berlin in the Energy Storage Inspection 2021.

The 20 energy storage systems evaluated with the System Performance Index (SPI) competed against one another in the efficiency classes 5 kilowatt peak (kWp) and 10 kWp. The highest SPI (5 kWp) was achieved by the hybrid inverter Fronius Primo GEN24 6.0 Plus and the BYD Battery-Box Premium HVS 7.7. In the higher efficiency class, the Power Storage DC 10.0 device from RCT Power came out on top with an SPI (10 kWp) of 95.1 %, setting a new efficiency record. Fronius, Kaco and Kostal also achieved excellent SPI ratings (10 kWp). “Overall, we were able to certify 13 energy storage systems as having very good system efficiency,” summarises Prof. Dr. Volker Quaschning, professor of Renewable Energy Systems at HTW Berlin and co-author of the study.

Among other factors, the researchers concluded that the increased use of silicon carbide power semiconductors accounted for the frequently improved inverter efficiency levels. As a result, the most efficient systems achieve efficiencies above 97 % over a broad range of output power levels. Furthermore, there is a trend towards hybrid inverters, which combine all power electronic components in a single device. Overall, the Energy Storage Inspection 2021 reveals six technology trends in the battery storage market.

In another focus of the study, the authors address frequently posed questions about the design of photovoltaic storage systems. In particular, they advise homeowners with a heat pump or electric vehicle to install the largest photovoltaic system possible, with an output of at least 10 kWp. After all, a 10 kWp photovoltaic system covering around 50 to 60 m² of the house roof can decrease CO2 emissions in Germany by 4 to 5 tonnes annually. “The more solar power produced on the roof, the greater your personal contribution to climate protection,” adds Prof. Quaschning. In light of this, all suitable roof surfaces should be used to produce solar power.

The Energy Storage Inspection will be continued over the next three years as part of the “Perform” project funded by the Federal Ministry for Economic Affairs and Energy (BMWi). Storage manufacturers can enter submissions for next year’s storage system comparison until the end of 2021.