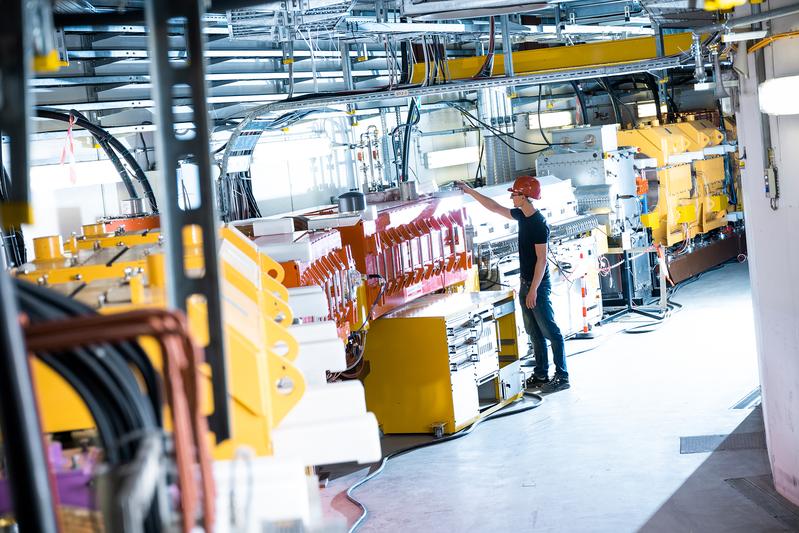 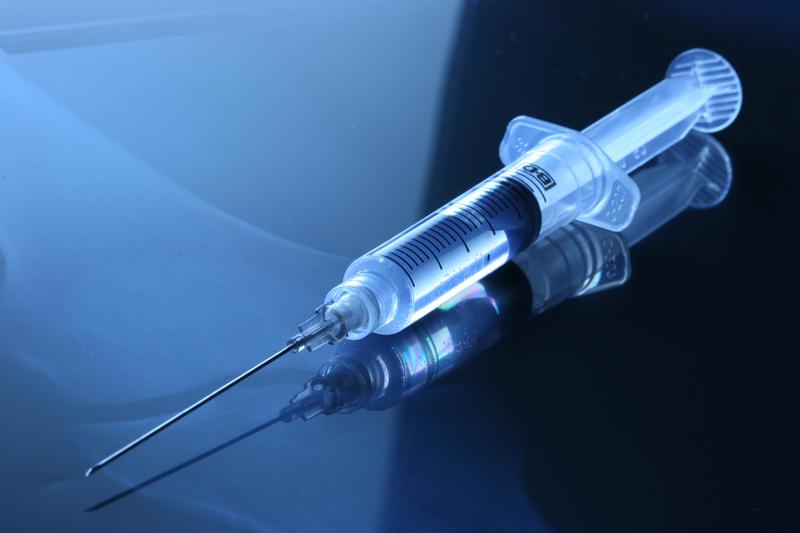 It is a strong alliance for research in the fight against cancer, opening the way for exciting new developments. On one hand, the GSI Helmholtzzentrum für Schwerionenforschung in Darmstadt with its worldwide unique accelerator facilities and the cancer therapy with ion beams developed here. On the other hand, the biopharmaceutical and translational research institute TRON in Mainz with its highly specialized oncology research.

Via its founder Professor Ugur Sahin and further scientists, TRON is closely linked to the biotechnology company BioNTech, which is conducting world-class science with its Corona vaccine development – based on the most advanced applications of mRNA vaccines from tumor research.

In the ongoing experiment period on the GSI and FAIR campus, TRON, in collaboration with the GSI Department of Biophysics, is using the accelerator facilities for a new and promising combination of therapeutic approaches: combining carbon ion therapy and immunotherapy with an mRNA-based cancer vaccine. Combining this powerful systemic drug with localized heavy ion bombardment of the primary mass could be a key to defeat cancers in advanced stage.

TRON's research at GSI/FAIR is still a glance into the future. “The findings will give a first orientation if heavy ion radiotherapy can benefit from combined immunotherapy, using cancer vaccines, and are instructive for the translation of radioimmunotherapy combinations using heavy ions into the clinic,” explain TRON scientists Dr. Fulvia Vascotto and Dr. Nadja Salomon.

“The aim of the current experiment at GSI/FAIR is to directly compare the effectiveness of carbon ions and X-rays (conventional radiation therapy), each combined with mRNA based vaccine specific for a mouse tumor model,” describes Dr. Alexander Helm, scientist in GSI's Biophysics Department and responsible for the experiment coordination. The experiment breaks completely new ground: Particle therapy with carbon ions and therapeutic cancer vaccines were never combined before.

The immune system plays an important role in the prevention and cure against cancer. Usually, it recognizes degenerated cells and can “sort them out". At the same time, it is equipped with highly complex control mechanisms to avoid overreactions. This is exactly what cancer cells can sometimes use to their advantage and to down-regulate immune surveillance. They disappear from the radar, so to speak, they camouflage so skillfully that the endogenous defenses do not recognize the enemy or are too weak to attack it. Immunotherapy can reactivate the immune system in the fight against cancer.

The approach pursued in pre-clinical studies at TRON leads to stimulate the immune system via vaccination with messenger RNA (mRNA). With the vaccination - the fragile mRNA is packed in a protective lipid envelope - the tumor-diseased organism receives valuable information. Like an educator, the vaccine uptaken by antigen presenting cells instructs the immune system specifically, activates it to produce antigens and mobilizes it against the mutated cancer cells. This cancer vaccine is based on similar technologies as mRNA-based vaccines used against covid 19.

There is already an indication that conventional radiation therapy (high-energy X-rays) as a second component in addition to mRNA vaccine synergize, showing more efficient in anti-tumoral effects reinforcing the immune system. The immunological effects of heavy ion therapy in contrast are less known. Radiotherapy with carbon ions was developed at GSI and is now very successfully in clinical application in Heidelberg and Marburg and in nine other centers worldwide. Can carbon ion radiotherapy be beneficial for certain types of tumors and can it open up new clinical perspectives for more cancer patients? It is possible that this form of therapy is more immunogenic, i.e. it could trigger an even stronger immune response than conventional radiation therapy and, together with an individualized mRNA vaccine, might result in generating more patients responding to these therapeutic combinations. These are the type of questions, to which this proof-of-concept experiment would like to provide an answer.

Last year, an international team of researchers led by the GSI Department of Biophysics, with lead author Dr. Alexander Helm, had already published first promising results for the potential benefit of a treatment combination of carbon ions and immunotherapy. The researchers were able to demonstrate that carbon ions plus immunotherapy is more effective in controlling lung metastases than both therapies alone and more effective than X-rays plus immunotherapy. However, the immunotherapy was based on checkpoint inhibitors instead of the therapeutic mRNA vaccine used now.

The progress of the current cancer research at TRON in Mainz will provide new answers, for example regarding tumor control/regression (here a colorectal adenocarcinoma) and on the mechanisms involving immunological cell players acting in the anti-tumoral effects. In order to better assess this potential, further research has to be conducted and finally the application in clinical studies must be tested. “Scientific synergies by complementary research act as accelerator for the development of innovative therapeutic strategies. Joint research activities such as the ongoing one between GSI and TRON are therefore of great importance for future cancer research” emphasizes Michael Föhlings, Managing Director of TRON.

The further development of tumor therapy with charged particles is a field of expertise of Professor Marco Durante, Head of the GSI Biophysics Research Department. He is eagerly awaiting the results of the TRON studies: “Particle therapy is rapidly growing and is potentially the most effective and precise radiotherapy technique. Combining it with most advanced vaccines is an extremely promising approach. The goal is always to answer the central question: How to treat and to achieve the most efficient, the best immune response in the fight against cancer. The entire experience of TRON and GSI/FAIR in the field of cancer research will be bundled and strengthened in this project. For me, this is a highlight of our current FAIR Phase 0 experimental program.”

The Scientific Managing Director of GSI and FAIR, Professor Paolo Giubellino says: “I am tremendously excited by these experiments. The fact that an mRNA-based vaccine is being studied in conjunction with ion beams to develop a potential new cancer therapy is one perfect example of the great potential of basic research at our accelerator facilities to produce new results, which can benefit society. The first stage of the FAIR experimental program, the precursor program FAIR Phase 0, is already offering outstanding opportunities. With the construction of the FAIR facility in Darmstadt, we want to expand and further develop this potential in global cooperation."

About TRON:
TRON gGmbH is a biopharmaceutical research organization that pursues new diagnostics and drugs for the treatment of cancer and other severe diseases with high medical need. A focus of TRON is the development of novel platforms for individualized therapies and biomarkers, translating basic research into drug applications. TRON partners with academic institutions, biotech companies and the pharmaceutical industry, executing research with leading-edge technologies and supporting the development of innovative drugs to promote human health.

About GSI/FAIR:
The GSI Helmholtzzentrum für Schwerionenforschung in Darmstadt operates a world unique accelerator facility for ions. Some of the best-known results are the discovery of six new chemical elements and the development of a new type of cancer therapy. The new international accelerator center FAIR (Facility for Antiproton and Ion Research), one of the largest research projects worldwide, is currently under construction at GSI. At FAIR, matter that usually only exists in the depth of space will be produced in a lab for research. Scientists from all over the world will use the facility for experiments to gain new insights about the building blocks of matter and the evolution of the universe, from the Big Bang to the present. They will also develop new applications in medicine and technology.