New insights into the formation of chaotic terrains on Mars 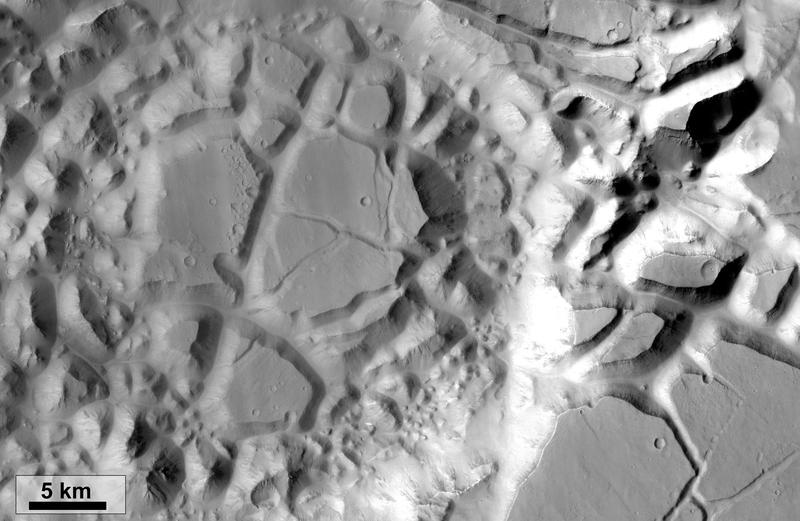 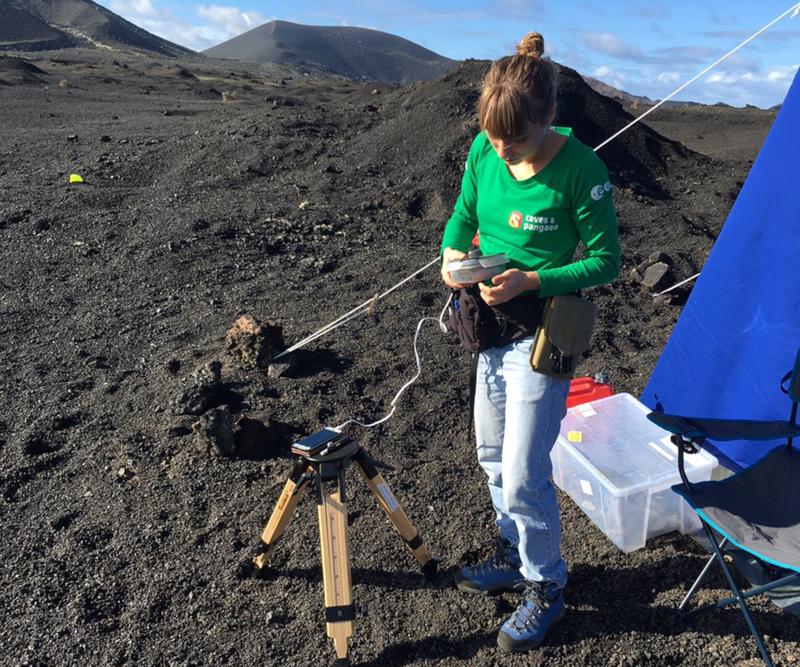 Erica Luzzi during a training mission for astronauts on Lanzarote. The geological environment of the island resembles areas on Mars or the Moon. | Copyright: Professor Angelo Pio Rossi
❮ ❯

Areas like this do not exist on Earth: Cracks, ridges, valleys, large and small angular blocks characterize them. Hence the name, chaotic terrains. How these peculiar regions on Mars were formed has long been a subject of debate among experts. Water, either liquid or as ice, played a central role in this process, according to the common theory. A study led by Erica Luzzi, a doctoral student at Jacobs University Bremen, is now published in the journal “Geophysical Research Letters”. It suggests a different cause of formation: volcano-tectonic processes.

On Mars, chaotic terrains occur in different regions. They reach diameters of 20 to over 700 kilometers, consist in many cases of polygonal blocks, which can be several hundred meters high and have a very characteristic geometry. According to the most common thesis, the area was formed 3.7 to 2.9 billion years ago, when ice reservoirs under the surface suddenly melted due to heat and released large amounts of water. After the water drained away, the surface collapsed over the newly formed cavities, and the landscape crumbled in on itself.

"If water really played the dominant role in their formation, we should have found more evidence of it, predating or synchronous to the collapse, in every chaotic terrain. Instead, in some chaotic terrains aqueous morphologies and minerals are post-dating the collapse or are missing”, said Luzzi, who is finishing her doctorate with Dr. Angelo Pio Rossi, Professor of Earth and Planetary Sciences at Jacobs University, as supervisor.

The geologist also made a connection to very similar surface structures on the Moon: craters that formed by magmatic processes and later collapsed, called floor-fractured craters. In the laboratory of the National Research Council of Italy, Luzzi recreated the conditions on Mars and on the Moon, and reproduced a magmatic process known as “piecemeal caldera collapse”. The scientists involved in the experiment built an analog magma chamber to which polyglicerine was intruded and withdrawn for multiple cycles. The results were clear: "We produced the same characteristic fractures typical of chaotic terrains."

For the first time, the formation of this region of Mars has been recreated in an analogue experiment. "We don't rule out the possibility that water played a role in the formation of the chaotic terrain," emphasized Luzzi, who is an Amelia Earhart fellow – a grant for especially talented doctoral students. "Our hypothesis is that this happened at a later stage than previously thought and that intense magmatic activity was causative for the disruption of chaotic terrains."