A long day for microbes, and the rise of oxygen on Earth 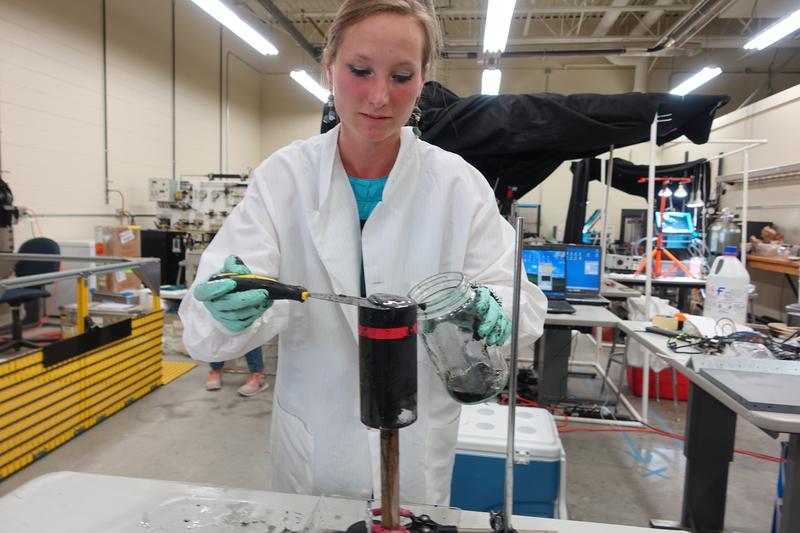 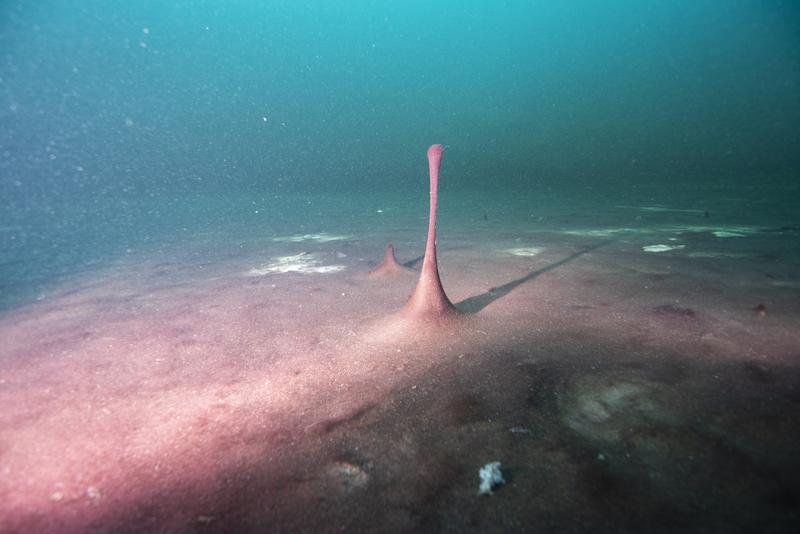 Life on Earth today relies on the presence of oxygen. However, the process behind the step-wise rise of oxygen levels in the atmosphere, which took place over nearly two billion years, remains under debate. An international team of scientists around Judith Klatt from the Max Planck Institute for Marine Microbiology in Bremen, Germany, proposes an intriguing explanation: that increasing daylength, resulting from slowing Earth rotation, may have allowed microbes to release more oxygen, thereby creating the air we breathe today. They now present their result in Nature Geosciences.

Virtually all oxygen on Earth was and is produced by photosynthesis, which was invented by tiny organisms, the cyanobacteria, when our planet was still a rather uninhabitable place. Cyanobacteria evolved more than 2.4 billion years ago, but Earth only slowly transformed to the oxygen-rich planet we know today. “We do not fully understand why it took so long and what factors controlled Earth’s oxygenation,“ said geomicrobiologist Judith Klatt. “But when studying mats of cyanobacteria in the Middle Island Sinkhole in Lake Huron in Michigan, which live under conditions resembling early Earth, I had an idea.”

Klatt worked together with a team of researchers around Greg Dick from the University of Michigan. The water in the Middle Island Sinkhole, where groundwater seeps out of the lake bottom, is very low in oxygen. “Life on the lake bottom is mainly microbial, and serves as a working analog for the conditions that prevailed on our planet for billions of years”, says Bopi Biddanda, a collaborating microbial ecologist from the Grand Valley State University. The microbes there are mainly purple oxygen-producing cyanobacteria that compete with white sulfur-oxidizing bacteria. The former generate energy with sunlight, the latter with the help of sulfur. In order to survive, these bacteria perform a tiny dance each day: From dusk till dawn, the sulfur-eating bacteria lie on top of the cyanobacteria, blocking their access to sunlight. When the sun comes out in the morning, the sulfur-eaters move downwards and the cyanobacteria rise to the surface of the mat. “Now they can start to photosynthesize and produce oxygen,” explained Klatt. “However, it takes a few hours before they really get going, there is a long lag in the morning. The cyanobacteria are rather late risers than morning persons, it seems.” As a result, their time for photosynthesis is limited to only a few hours each day. When Brian Arbic, a physical oceanographer at the University of Michigan, heard about this diel microbial dance, he raised an intriguing question: “Could this mean that changing daylength would have impacted photosynthesis over Earth’s history?”

Daylength on Earth has not always been 24 hours. “When the Earth-Moon system formed, days were much shorter, possibly even as short as six hours,” Arbic explained. Then the rotation of our planet slowed due to the tug of the moon’s gravity and tidal friction, and days grew longer. Some researchers also suggest that Earth’s rotational deceleration was interrupted for about one billion years, coinciding with a long period of low global oxygen levels. After that interruption, when Earth’s rotation started to slow down again about 600 million years ago, another major transition in global oxygen concentrations occurred. After noting the stunning similarity between the pattern of Earth’s oxygenation and rotation rate over geological timescales, Klatt was fascinated by the thought that there might be a link between the two – a link that went beyond the “late riser” photosynthesis lag observed in the Middle Island sinkhole. “I realized that daylength and oxygen release from microbial mats are related by a very basic and fundamental concept: During short days, there is less time for gradients to develop and thus less oxygen can escape the mats,” Klatt hypothesized.

From bacterial mats to global oxygen

Klatt teamed up with Arjun Chennu, who then also worked at the Max Planck Institute for Marine Microbiology and now leads his own group at the Leibniz Centre for Tropical Marine Research (ZMT) in Bremen. Based on an open-source software developed by Chennu for this study, they investigated how sunlight dynamics link to oxygen release from the mats. “Intuition suggests that two 12-hour days should be similar to one 24-hour day. The sunlight rises and falls twice as fast, and the oxygen production follows in lockstep. But the release of oxygen from bacterial mats does not, because it is limited by the speed of molecular diffusion. This subtle uncoupling of oxygen release from sunlight is at the heart of the mechanism,” said Chennu.

To understand how the processes occurring within a day can impact long-term oxygenation, Klatt and her colleagues incorporated their results into global models of oxygen levels. The analysis suggests that the increased oxygen release due to daylength change could have boosted oxygen levels globally. It is a link between the activity of tiny organisms and global processes. ”We tie together laws of physics operating at vastly different scales, from molecular diffusion to planetary mechanics. We show that there is a fundamental link between daylength and how much oxygen can be released by ground-dwelling microbes,” said Chennu. “It’s pretty exciting. This way we link the dance of the molecules in the microbial mat to the dance of our planet and it’s Moon.” Overall, the two major oxygenation events (jumps in oxygen concentration) in Earth’s history – the Great Oxidation Event more than two billion years ago and the later Neoproterozoic Oxygenation Event – might be linked to increasing daylength. Hence, increasing daylength could have boosted benthic net productivity sufficiently to impact atmospheric oxygen levels. “Juggling with this wide range of temporal and spatial scales was mind-boggling – and lots of fun,” Klatt concludes.