Carbon dioxide as a raw material for plastics and other products 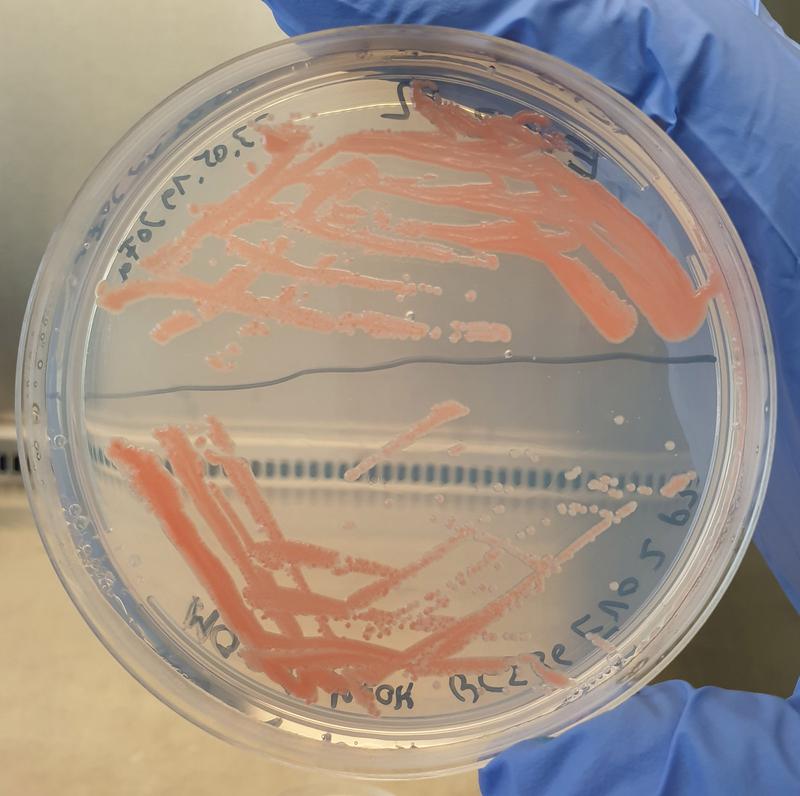 Carbon dioxide is one of the main drivers of climate change – which means that we need to reduce Carbon dioxide emissions in the future. Fraunhofer researchers are highlighting a possible way to lower these emissions: They use the greenhouse gas as a raw material, for instance to produce plastics. To do this, they first produce methanol and formic acid from carbon dioxide, which they convert via microorganisms into building blocks for polymers and the like.

Catalytic chemistry and biotechnology – a winning combination
Researchers are currently developing approaches to this in the EVOBIO and ShaPID projects at the Fraunhofer Institute for Interfacial Engineering and Biotechnology IGB. They are working on both projects in collaboration with several Fraunhofer Institutes. “We use the carbon dioxide as a raw material,” says Dr. Jonathan Fabarius, Senior Scientist Biocatalysts at Fraunhofer IGB. “We’re pursuing two approaches: First, heterogeneous chemical catalysis, by which we convert the carbon dioxide with a catalyst to methanol. Second, electrochemistry, by which we produce formic acid from carbon dioxide.” However the unique feature lies not in this carbon dioxide-based methanol and formic acid production alone, but in its combination with biotechnology, more specifically with fermentations by microorganisms. To put it more simply: The researchers first take the waste product carbon dioxide, which is harmful to the climate, to produce methanol and formic acid. In turn, they use these compounds to “feed” microorganisms that produce further products from them. One example of this kind of product is organic acids, which are used as building blocks for polymers – a way to produce carbon dioxide-based plastics. This method can also be used to produce amino acids, for example as food supplements or animal feed.

The novel approach offers a host of advantages. “We can create entirely new products, and also improve the carbon dioxide footprint of traditional products,” Fabarius specifies. While conventional chemical processes require a lot of energy and sometimes toxic solvents, products can be produced with microorganisms under milder and more energy-efficient conditions – after all, the microbes grow in more environmentally friendly aqueous solutions.

Metabolic engineering makes it possible
The research team uses both native methylotrophic bacteria, i.e. those that naturally metabolize methanol, and yeasts that cannot actually metabolize methanol. The researchers also keep a constant eye on whether new interesting organisms are discovered and check them for their suitability as “cell factories.” But how do these microorganisms actually make the products? And how can we influence what they produce? “In principle, we use the microorganism’s metabolism to control product manufacture,” explains Fabarius. “To do so, we introduce genes into the microbes that provide the blueprint for certain enzymes. This is also known as metabolic engineering.” The enzymes that are subsequently produced in the microorganism catalyze the production of a specific product in turn. In contrast, the researchers specifically switch off genes that could negatively influence this production. “By varying the genes that are introduced, we can produce a wide range of products,” Fabarius enthuses.

The research team is working on the entire production chain: starting with the microorganisms, followed by the gene modifications and the upscaling of production. While some manufacturing processes are still at the laboratory stage, other products are already being produced in bioreactors with a capacity of ten liters. As for the industrial application of such processes, Fabarius envisages their implementation in the medium to long term. Ten years is a realistic time horizon, he says. However, pressure on industry to establish new processes is increasing.