New comment in Nature: Advancing an equitable and effective conservation of biodiversity 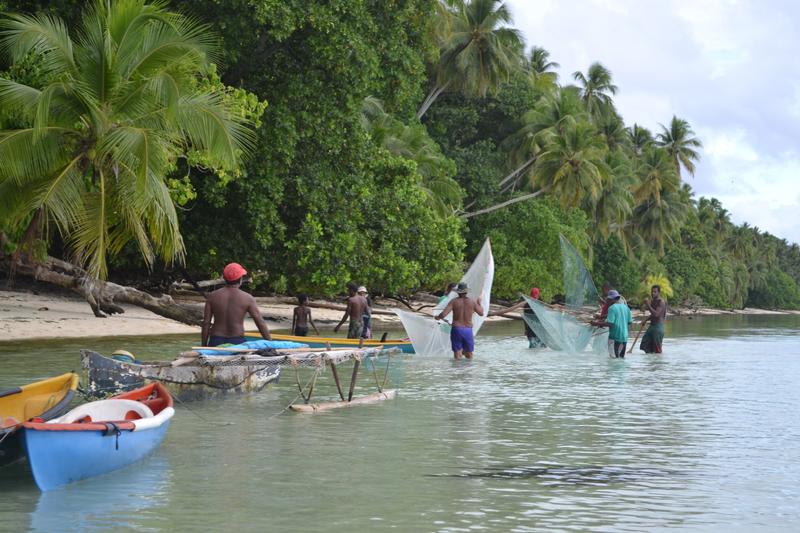 OECMs - the acronym for "Other Effective Area-Based Conservation Measures" - are a valuable policy tool in the new global biodiversity agreement, along with the establishment of protected areas. Scientists from the field of nature conservation, as well as practitioners and policy experts, call on the member governments of the Convention of Biological Diversity (CBD) to consider OECMs as an important tool to advance equitable and effective conservation, as argued in a commentary published in the high-ranking journal Nature. The Leibniz Centre for Tropical Marine Research (ZMT) is involved in the study.

"Protected areas are generally defined as having a primary objective of biodiversity conservation”, says Dr. Georgina Gurney, lead author of the new Nature study and senior research fellow at the Australian Research Council Centre of Excellence for Coral Reef Studies. "However, this can alienate people who manage areas that sustain biodiversity for different objectives, such as sustainable resource use or cultural practices.”

More than 25 experts from 14 countries working in the field of marine management and conservation, including a scientist from ZMT, have now for the first time examined the opportunities and challenges of OECMs to address the biodiversity crisis and published a commentary in the journal Nature.

"Biodiversity loss has currently reached critical levels. Protected areas are the most widely used biodiversity conservation tool. However, they alone are not enough to halt species loss," explains co-author Estradivari, a ZMT scientist and former head of conservation research at WWF Indonesia. "OECMs can play an important complementary role. They support management that is tailored to the context and guided by local values and traditional knowledge systems."

What is meant by OECMs was already agreed upon by the Parties to the Convention on Biological Diversity (CBD) at their 14th Conference in 2018. According to this, OECMs can include areas managed by indigenous peoples and local communities, but also historic shipwreck reserves, sacred groves or farmland managed at low intensity in a traditional way. Areas designated as OECMs acknowledge uses that conserve biodiversity, even if conservation is not a primary goal. Currently, however, less than 1 percent of the world's terrestrial and freshwater environments and less than 0.1 percent of marine areas fall under the "OECM" designation.

OECMs can forge new alliances with people committed to the same interest - biodiversity conservation. These can be indigenous peoples, local communities or private initiatives. "These alliances will be critical to sustaining biodiversity, the ultimate aim of a proposed global goal to conserve at least 30 percent of the planet by 2030,” says Ravaka Ranaivoson, Marine Director of the Wildlife Conservation Society (WCS) Madagascar:

It's time for practical action

Biodiversity is in free fall worldwide. OECMs could be a very crucial way to contribute to species conservation beyond protected areas. In the Nature commentary, the authors provide guidance to help advance research, practice, and policy guidelines for OECMs.

"The conservation community should take the necessary steps to address key challenges in using OECMs as a policy tool," Estradivari from ZMT says. "It's necessary to show that they work, strengthen existing local governance, secure funding, agree on metrics, and include OECMs into other environmental agreements."