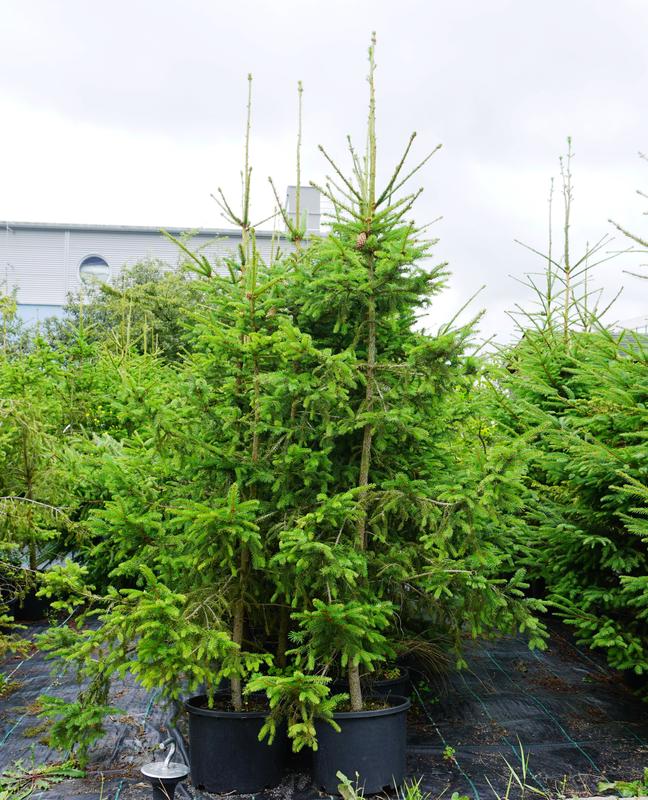 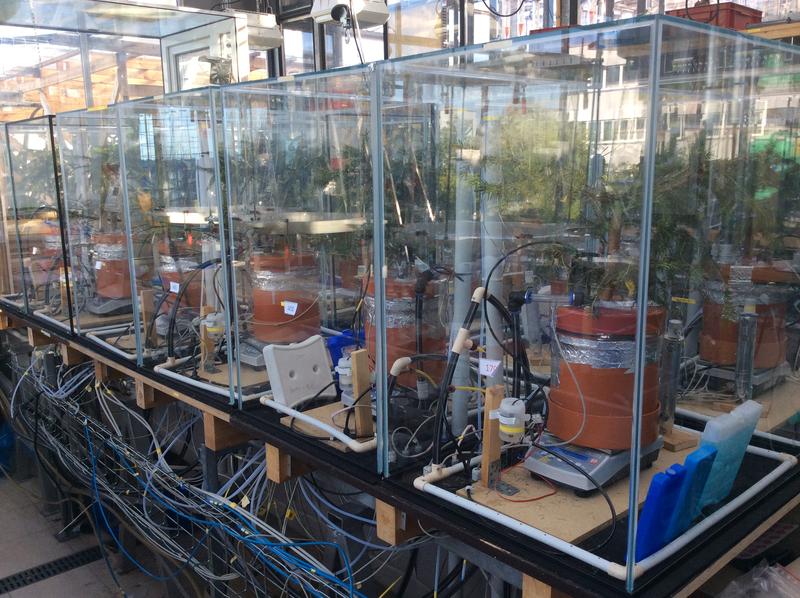 During climate extremes, plants cannot produce sufficient energy-rich carbon compounds through photosynthesis and they become dependent on stored reserves. According to current understanding, these reserves are only formed when the supply of photosynthesis products exceeds demand to support processes like growth. Scientists from the Max Planck Institute for Biogeochemistry demonstrate that trees continue to form reserves even during long periods of starvation. To achieve this, trees stop growing and even digest non-essential energy-rich components. This knowledge can be used to improve predictions of how trees will respond to climate change.

Trees and entire forests worldwide are threatened by increasing climate extremes and ensuing insect infestations. As sessile organisms, trees cannot escape threatening environmental conditions and must adapt their metabolic processes to confront the threats. Crucially important for plants is the production of energy-rich sugar molecules (carbohydrates) by photosynthesis. These compounds serve as both energy sources and basic building blocks for all metabolic processes. During climate extremes such as prolonged drought or heat, photosynthesis is impaired and trees produce less carbohydrates, because CO₂ uptake declines and water is scarce. The demand for energy-rich sugars is then not met and plants have to rely on stored reserves to maintain vital metabolic processes. When reserves become depleted, plants may starve to death or become vulnerable to disease and insect attacks as the defense system fails.

Despite their critical role, it was assumed until now that reserves like soluble sugars, starch or fats are only formed when photosynthetic conditions are favorable and their rate of production exceeds the demand from other functions such as growth. "From an evolutionary perspective that doesn't make sense. Trees have to survive for decades before they can reproduce, and a reliable source of quickly available reserves plays a crucial role in surviving frequent unfavorable periods" underlines Dr. Henrik Hartmann, group leader at the Max Planck Institute for Biogeochemistry (MPI-BGC) in Jena. "Why should a tree invest in growth instead of ensuring immediate and future survival by accumulating more reserves?"

To investigate the importance of storage for tree survival, Dr. Jianbei Huang, postdoctoral researcher in the research group and first author of the recent study published in Proc.Natl.Acad.Sci.USA, subjected young spruce trees to a starvation treatment by growing them at very low CO₂ concentrations for several weeks. This allowed him to simulate reduced photosynthetic rates that occur during climate extremes when studying the plants’ carbohydrates. Initially, readily available storage compounds decreased as expected, since they were used for metabolism and could not be replenished under reduced CO₂ supply. Surprisingly, as CO₂ starvation progressed, the storage compounds stabilized at a constant level and trees stopped growing. "When photosynthetic output became too low to adequately supply carbon to all functions, the trees reduced their growth and diverted available resources to storage," Huang concludes.

Three to 5 weeks after the onset of CO₂ starvation, the researchers also examined the genetic activity of plant cells, in particular expression of genes that encode enzymes involved in metabolic processes. "We found for the first time that after prolonged starvation the production of enzymes responsible for fast-access storage compounds was increased" Huang says. In contrast, gene expression of enzymes involved in growth processes, such as cellulose and lignin production, was greatly reduced, thus confirming the trade-off between storage and growth at the molecular level.

Even more surprising, metabolic pathways for alternative energy production were boosted, as found by an increased production of enzymes responsible for the conversion of complex fat molecules into energy-rich carbohydrates. "It seems that plants prefer to sacrifice expendable structures and apparently even digest themselves, rather than to give up on storage formation" says Hartmann. "So the strategy for energy production and storage, while shutting down unnecessary energy consumption for growth, is consistently implemented during CO₂ starvation". How long trees may survive climate extremes using this strategy and whether apparently healthy looking trees might already be in the emergency mode of self-digestion, are follow-up questions that research should urgently tackle. Altogether, the novel finding that carbon-starved spruce trees build up reserves gives hope that this adaptation allows forests to recover from climate stress.

Previous studies on storage strategies in plants were limited to short-lived herbaceous species like Arabidopsis, covering only hours to a few days. However, for long-lived plants that take decades to reproduce and that are continuously exposed to changing seasons and sporadic climate extremes, findings on Arabidopsis may be of little relevance. "Of course, trees must follow a storage strategy that allows them to survive longer than biennial herbs" says Huang, "how else have they managed to persist on Earth for nearly 400 million years?"

Conifers, such as the spruce trees studied here, dominate many Northern Hemisphere ecosystems and have other very important ecological functions besides absorbing and storing the greenhouse gas carbon dioxide. Yet, many conifer species are not adapted to the warmer and drier conditions imposed by climate change, and are thus particularly threatened. Their survival and overall forest development is simulated in vegetation models. However, these are based on the older ideas that photosynthesis supply directly drives growth, ignoring allocation of energy-rich sugars into storage and reserves. "Building on our new findings, such models can now be designed more realistically," Hartmann emphasizes, "and more reliable model outcomes are extremely important to predict the future of our forests, especially under advancing climate change."