Research at the European Academy on “Religion and Change” 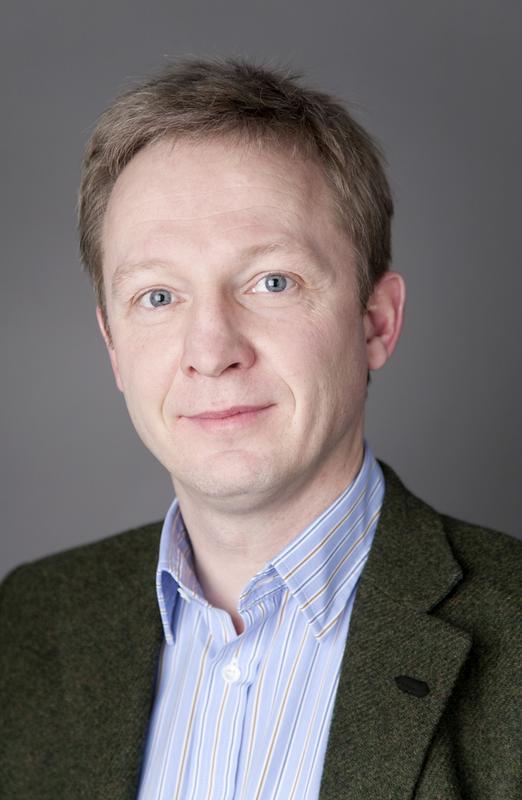 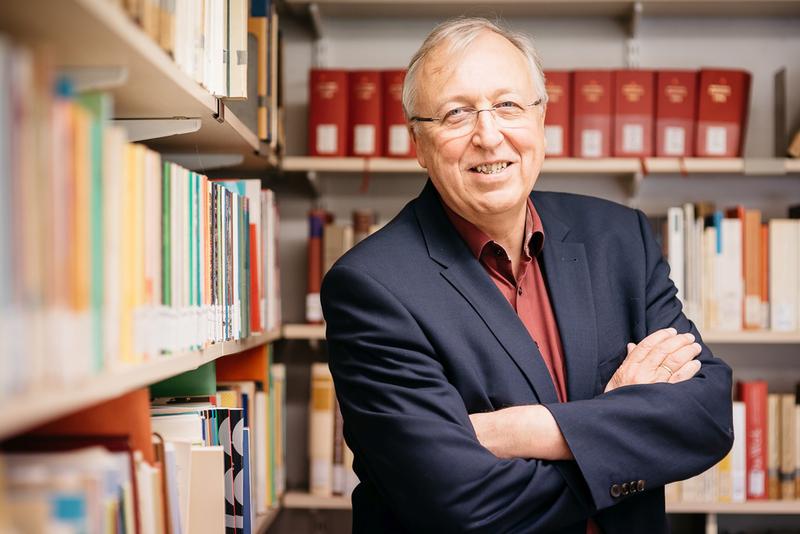 Annual conference of the “European Academy of Religion” (EuARe) comes to Germany for the first time in August – 900 researchers expected at the University of Münster – Cluster of Excellence represented with 15 panels: Political Islam, Religion and Emotion, Church under National Socialism, Religion and Sustainability – Participation for interested parties possible online or on site – Registrations until 27 August

The “European Academy of Religion” (EuARe) is coming to Germany for the first time with its annual conference at the end of August. Under the title “Religion and Change”, the conference will see 900 international scholars involved in interdisciplinary research on religion come to the University of Münster. As a founding member of the Academy, the Cluster of Excellence “Religion and Politics” will host 15 of the 160 panels with themes from its current research programme. “The spectrum ranges from political Islam in Europe to religion and sustainability, from religious emotions in literature to controversies surrounding Pope Pius XII under National Socialism”, says Cluster spokesperson and legal historian Nils Jansen. The Cluster of Excellence is looking in its current funding phase at the dynamics of religious change between tradition and innovation. “We are investigating the potential of religion across epochs to drive or slow down social processes. The panels hosted by the Cluster will provide insights into such dynamic processes of religious-social change”.

“For many people, religions are the only stable element in a world of permanent change”, explains the president of the Academy, the Protestant theologian and Cluster of Excellence member Hans-Peter Großhans. “But religions and religious practices are subject to change, as we can see in different interpretations of sacred texts. At the same time, religions can initiate social transformations”. The fourth annual conference of the “European Academy of Religion” (EuARe), which was founded in Bologna in 2017, will be hosted by the University of Münster from 30 August to 2 September, the registration for participation is still possible until 27 August. Around 900 researchers from all over the world will come together to discuss issues to do with religion in 160 panels held both in Münster and in online formats, the conference language being English. Renowned guests will give keynote papers: the former Archbishop of Canterbury Rowan Williams will speak on tradition, traditionalism and culture wars; and the theologian and philosopher of religion Judith Wolfe from St. Andrews will address the question of progress in theology. Other keynote speakers will be Azza Karam (Religions for Peace, New York), Vassilis Saroglou (Leuven), and Guy G. Stroumsa (Jerusalem).

Put together under the supervision of the religious scholar and theologian Perry Schmidt-Leukel, the Cluster of Excellence programme takes “Dynamics of Religious Change” as its guiding theme and will deal with past and present issues from contemporary history back to antiquity. The Islamic theologian Mouhanad Khorchide will host a roundtable discussion with politicians to talk about political Islam, and the church historian Hubert Wolf will explain how recent insights into sources allow new interpretations of the role of Pope Pius XII under National Socialism. The panel chaired by Martina Wagner-Egelhaaf will open up literary perspectives on emotion and religion, while political scientist Doris Fuchs will address the connection between religion, spirituality and sustainability. Other topics will include the politicization of Islam (Islamic scholar Dina El Omari), Christians under Islamic rule in medieval Spain (historian Wolfram Drews), religious authority in regions of conflict in West Africa (anthropologist Dorothea Schulz), and local religious practices in antiquity (historian Hans Beck and Egyptologist Angelika Lohwasser). Individual papers will focus on hate in the Old Testament (theologian Johannes Schnocks), religion in climate politics (political scientist Hannah Klinkenborg), and religion and gender (contemporary historian Olaf Blaschke).

The “European Academy of Religion” was founded with the participation of the Cluster of Excellence “Religion and Politics” in Bologna in 2017. Its aim is to provide university and non-university centres and persons in Europe who are involved in research on religion with a permanent forum that enables them to network across and between disciplines, and to disseminate research findings more strongly in politics and society. Its model is the renowned “American Academy of Religion” (AAR), which brings together researchers on religion from all over the world in North America. (apo/vvm)

Religion and sustainability: “Religious actors of different faiths are increasingly involved in local movements and political bodies campaigning for sustainability”, says political scientist Doris Fuchs, with climate sceptics among US evangelicals being a counter-example to the “greening of religions”. “We will discuss how religious actors and values promote or hinder sustainability”. Fuchs will chair the panel “Religion, Faith, Spirituality, and Sustainability” on 1 September. Papers by the political scientist Hannah Klinkenborg, religious scholar Gary Slater, and others.

Roundtable on political Islam: Political Islam distances itself in the public debate from the use of violence, but at the same time, like Salafism, it strives for an undemocratic social order. “Where do the roots of these currents lie, and how are they spread strategically in Europe, which feels increasingly threatened?” These are questions that the Islamic theologian Mouhanad Khorchide will discuss with former Bundestag member Volker Beck (Greens) and other politicians, as well as with Lorenzo Vidino (George Washington University Center for Internal Security and Counter-Extremism), at the roundtable “Political Islam in Europe” on 2 September.

Politicization of Islam: Islam sees itself as a political religion, similar to the social ethics of Christianity. “But where is the boundary between political involvement in the name of Islam, and a political Islam that rejects violence but pursues an undemocratic agenda?” asks the Islamic scholar Dina El Omari, who will chair the panel “Politicization of Religion versus Political Engagement in Islam” on 31 August. Papers by Dina El Omari, Mouhanad Khorchide, and others.

Catholic Church under National Socialism: Did Eugenio Pacelli, also known as Pope Pius XII (1939-1958), remain silent on the Holocaust, or did he help those persecuted? Opinions in both public and academic debate are divided. “Archival sources that were kept under lock and key until 2020 now allow us to provide scientific proof where previously only speculation was possible”, explains church historian Hubert Wolf. He and his team will be responsible for the panel “From Eugenio Pacelli to Pius XII – Research Results and New Perspectives on a Controversial Pope” on 2 September. Papers by the theologians Matthias Daufratshofer and Michael Pfister, the historian Sascha Hinkel, and others.

Christians under Islamic rule: In 711, the Islamic conquest ended Visigothic rule in Spain. “There are indications that many Spanish Christians did not initially perceive the religion of the conquerors as essentially different from their own”, says medieval historian Wolfram Drews. “Moreover, they themselves contributed to transcultural entanglement, for example by translating for Muslim authorities and assuming high offices in the administration”. The panel “Shifting Identities of Christians under Islamic Rule: Religious Affiliation and Cultural Entanglement of ‘Mozarabs’ in Medieval Spain” on 2 September will look at how far cultural identification is linked to religious affiliation and political loyalty. Papers by Wolfram Drews, and others.

Religious authority in regions of conflict: Religious conflicts have long been studied in history and anthropology. “However, research has so far focused little on how religious authority and affiliation are established and contested in zones that are socially and politically unstable”, explains anthropologist Dorothea Schulz. “We will discuss how Muslim, Christian and other religious actors influence these processes in Mali and Ghana, for example”. Organized with anthropologist Souleymane Diallo, her panel “Mediations of Religious Authority and Belonging in Zones of Conflict: Case Studies from West Africa” on 1 September will explore this question. Papers by Dorothea Schulz, and others.

Religion in antiquity: Local religious practices are usually considered more of a deviation from a universal belief system. “Conversely, we assume that local practices have a formative influence on general religious practice and belief, and shed light on the interplay between local, regional and global spheres of religious behaviour”, explain historian Hans Beck and Egyptologist Angelika Lohwasser, whose panel “The Local Horizon of Religion in Antiquity” on 1 September will investigate practices of worshipping deities in regions such as ancient Egypt and Greece, as well as in late antique monotheism. Papers by historians Johannes Hahn, Patrick Sänger and Marian Helm, archaeologist Sophia Nomicos, and others. (apo/vvm)

Other Cluster of Excellence panels:

“The Transmission of Religion and Non-Religion Across Generations in Hungary and Germany”
(Panel chair: sociologist Christel Gärtner; papers by sociologist of religion Olaf Müller, and others)

“Interrelations between South Asian Religions and the West”
(Panel chair: Ulf Plessentin, Centre for Religious Studies (CERES) at the University of Bochum, cooperation partner of the Cluster of Excellence; papers by Indologist and art historian Patrick Krüger, and others)

Papers given by Cluster of Excellence members in panels of other organizers:

30 August:
Hans-Peter Großhans: „The significance and use of a European research infrastructure for religious studies and the theologies“ (Panel: „Religious Studies today: the role of RESILIENCE“, Chair: Nikolaos Asproulis, Volos Academy for Theological Studies, Griechenland)

Note: if you wish to report on Cluster of Excellence panels, then please contact the Centre for Research Communication. Tel. 0251/83-23376, e-mail religionundpolitik@uni-muenster.de

Should you wish to unsubscribe to the press releases of the Cluster of Excellence “Religion and Politics”, please send an e-mail to religionundpolitik@uni-muenster.de.
The Cluster of Excellence “Religion and Politics”
The Cluster of Excellence “Religion and Politics. Dynamics of Tradition and Innovation” has been investigating since 2007 the complex relationship between religion and politics across eras and cultures. The 140 researchers from 20 disciplines in the humanities and social sciences focus in the funding phase (2019 to 2025) on the “dynamics of tradition and innovation”. They analyze in transepochal studies ranging from antiquity to the present day the conditions and factors that make religion an engine of political and social change, with their focus being above all on the paradox that religions often develop their innovative potential precisely by drawing on their traditions. The researchers concentrate on the monotheistic religions of Judaism, Christianity and Islam, and on their polytheistic precursors. The focus of interest is on Europe and the Mediterranean region, as well as on their entanglements with the Near East, Africa, North and Latin America. The research network is the largest of its kind in Germany; and, of the Clusters of Excellence, one of the oldest and the only one to deal with the issue of religion. It will receive funding of 31 million euros from 2019 to 2025.