Transformation in the particle zoo 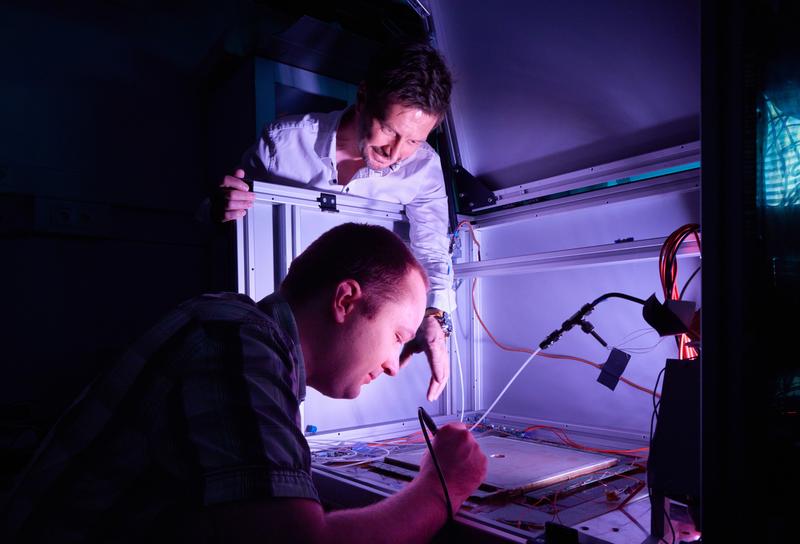 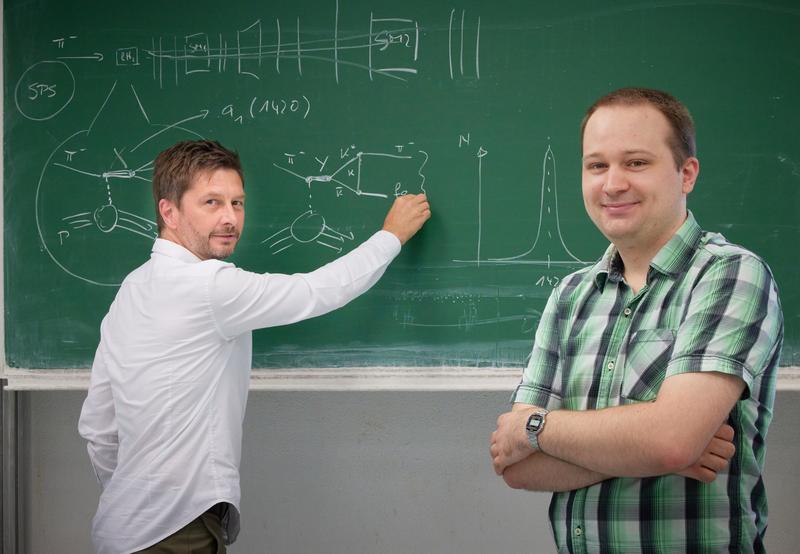 An international study led by the University of Bonn has found evidence of a long-sought effect in accelerator data. The so-called "triangle singularity" describes how particles can change their identities by exchanging quarks, thereby mimicking a new particle. The mechanism also provides new insights into a mystery that has long puzzled particle physicists: Protons, neutrons and many other particles are much heavier than one would expect. This is due to peculiarities of the strong interaction that holds the quarks together. The triangle singularity could help to better understand these properties. The publication is now available in Physical Review Letters.

In their study, the researchers analyzed data from the COMPASS experiment at the European Organization for Nuclear Research CERN in Geneva. There, certain particles called pions are brought to extremely high velocities and shot at hydrogen atoms.

Pions consist of two building blocks, a quark and an anti-quark. These are held together by the strong interaction, much like two magnets whose poles attract each other. When magnets are moved away from each other, the attraction between them decreases successively. With the strong interaction it is different: It increases in line with the distance, similar to the tensile force of a stretching rubber band.

However, the impact of the pion on the hydrogen nucleus is so strong that this rubber band breaks. The "stretching energy" stored in it is released all at once. "This is converted into matter, which creates new particles," explains Prof. Dr. Bernhard Ketzer of the Helmholtz Institute for Radiation and Nuclear Physics at the University of Bonn. "Experiments like these therefore provide us with important information about the strong interaction."

In 2015, COMPASS detectors registered an unusual signal after such a crash test. It seemed to indicate that the collision had created an exotic new particle for a few fractions of a second. "Particles normally consist either of three quarks - this includes the protons and neutrons, for example - or, like the pions, of one quark and one antiquark," says Ketzer. "This new short-lived intermediate state, however, appeared to consist of four quarks."

Together with his research group and colleagues at the Technical University of Munich, the physicist has now put the data through a new analysis. "We were able to show that the signal can also be explained in a different way, that is, by the aforementioned triangle singularity," he stresses. This mechanism was postulated as early as the 1950s by the Russian physicist Lev Davidovich Landau, but has not yet been proven directly.

According to this, the particle collision did not produce a tetraquark at all, but a completely normal quark-antiquark intermediate. This, however, disintegrated again straight away, but in an unusual manner: "The particles involved exchanged quarks and changed their identities in the process," says Ketzer, who is also a member of the Transdisciplinary Research Area "Building Blocks of Matter and Fundamental Interactions" (TRA Matter). "The resulting signal then looks exactly like that from a tetraquark with a different mass." This is the first time such a triangle singularity has been detected directly mimicking a new particle in this mass range. The result is also interesting because it allows new insights into the nature of the strong interaction.

Protons, neutrons, pions and other particles (called hadrons) have mass. They get this from the so-called Higgs mechanism, but obviously not exclusively: A proton has about 20 times more mass than can be explained by the Higgs mechanism alone. "The much bigger part of the mass of hadrons is due to the strong interaction," Ketzer explains. "Exactly how the masses of hadrons come about, however, is not yet clear. Our data help us to better understand the properties of the strong interaction, and perhaps the ways in which it contributes to the mass of particles."

Some of the funding for the study came from the BMBF, the DFG Cluster of Excellence "Origin and Structure of the Universe", the EU (under its 7th Research Framework Program), and funding agencies in the Czech Republic, France, India, Israel, Italy, Japan, Poland, Portugal, Russia, Taiwan, and the USA.