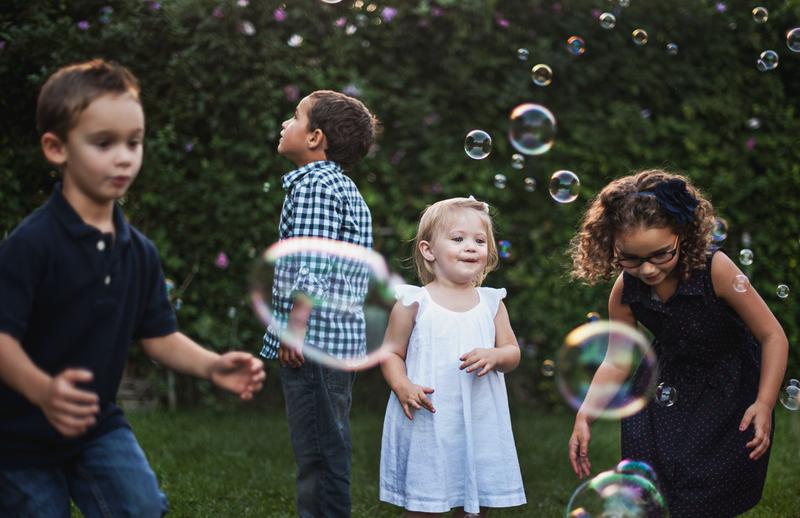 Children can also be infected with the novel coronavirus SARS-CoV-2, but have a substantially lower risk for developing severe COVID-19 disease compared to adults. A team of scientists from the Berlin Institute of Health at Charité (BIH), Charité – Universitätsmedizin Berlin, University of Leipzig Medical Center, and the German Cancer Research Center (DKFZ) in Heidelberg used single-cell analyses to determine what causes this difference. They were able to show that the child’s immune system is much more active in the upper airways than in adults, making it better armed to fight off the virus. The researchers have now published their findings in the journal Nature Biotechnology.

There has long been speculation as to why children are significantly less likely to contract COVID-19 than adults, even though they are exposed to the same risk of infection. Apparently children are better able to control the infection, but the exact molecular mechanisms behind this phenomenon have been unknown up to now. “We wanted to understand why viral defense appears to work so much better in children than in adults,” explains Professor Irina Lehmann, head of the Molecular Epidemiology Unit at the BIH.

Since the beginning of the pandemic, the BIH team led by Irina Lehmann and Roland Eils, director of the BIH Digital Health Center, has been tracking COVID-19 disease mechanisms. Using single cell analyses of nasopharyngeal swabs from adults, the BIH researchers were able to identify the cells and signaling pathways involved in severe disease progression, and based on this information, have initiated a clinical trial to test a new therapy for severely ill patients. Currently, however, children are increasingly becoming the focus of interest, as they are not yet protected by vaccination. Despite this, the course of infection in children is usually much milder than in adults. “This prompted us to perform comparative single-cell analyses in children and adults in order to learn how the body protects against COVID-19,” says Eils.

Single-cell analyses in the respiratory tract

A team of researchers led by Professor Marcus Mall, director of the Department of Pediatric Respiratory Medicine, Immunology and Critical Care Medicine at Charité, had collected samples for these investigations from the nasal mucosa of both healthy and SARS-CoV-2-infected children and adults and studied how the disease progressed. “Most of the infected children had only mild symptoms like a cold or slight fever, and these subsided after a few days,” explains Mall. In the samples obtained from the pediatricians, the BIH researchers performed single-cell transcriptome analyses – in other words, they examined which genes were transcribed or read in which cells and how frequently this occurred. A total of 268,745 cells from 42 children and 44 adults were analyzed for this study.

The comparison of the cells obtained from the children and adults provided a surprising result. The immune and epithelial cells of the nasal mucosa of healthy children were already on high alert and prepared to fight SARS-CoV-2. A rapid immune response against the virus requires the activation of so-called pattern recognition receptors, which recognize the genome of the virus – the viral RNA – and trigger an interferon response. When SARS-CoV-2 infects a cell, it normally overrides this early warning system. The result is usually a fairly weak antiviral response, which allows the virus to proliferate massively in the cell. However, in the children’s cells studied, this pattern recognition system was significantly stronger than in adults, enabling the system to quickly recognize and combat the virus as soon as it enters the cell.

To verify that it is indeed this mechanism that leads to the rapid elimination of SARS-CoV-2 and provides protection for children, the BIH researchers collaborated with a team led by Dr. Marco Binder, a virologist at the German Cancer Research Center (DKFZ) in Heidelberg. The Heidelberg colleagues infected lung epithelial cells with SARS-CoV-2 in the laboratory and were able to demonstrate that the presence of precisely those pattern recognition receptors that are more pronounced in children determines whether infected cells can respond quickly enough to virus infection. As observed in these lab experiments, SARS-CoV-2-infected children showed a significantly stronger interferon response than adults, especially during the first days of infection. This finding is consistent with previously published studies indicating that children have a lower viral load and eliminate the virus more rapidly than adults.

Pediatrician Marcus Mall concludes: “This brings us a big step closer to understanding why children can control the SARS-CoV-2 infection so much better than adults.” And the team led by Irina Lehmann and Roland Eils is already thinking about how to translate the findings into clinical practice. “We learned from this study that there are apparently not only risk factors for severe COVID-19 progression, but also protective factors,” says Irina Lehmann. “By knowing which pre-activations are helpful in protecting against certain viruses, we could now think about specifically inducing such an antiviral response before infection occurs and thus possibly protect at-risk patients from severe disease.”