Top Position in the Shanghai Ranking 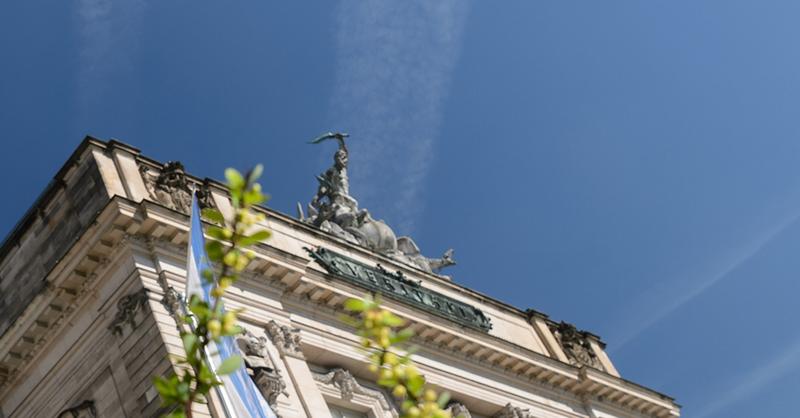 The prestigious Shanghai Ranking counts the University of Würzburg among the top 250 universities in the world. In Germany, the University is on 11th place.

The latest results of the “Academic Ranking of World Universities” (ARWU), better known as the “Shanghai Ranking”, were published in mid-August. According to the Ranking, Julius-Maximilians-Universität Würzburg (JMU) takes 226th place worldwide this year and 11th place in Germany.

In Bavaria, only the two Munich universities are ranked higher. The US universities Harvard and Stanford as well as the University of Cambridge (England) are once again at the top of the list.

JMU President Paul Pauli is pleased with the excellent performance: “This success is the result of the joint efforts of all university members. We are currently working hard to initiate further subject-specific and interdisciplinary collaborative projects to expand our international visibility.”

The Ranking, first published in 2003, is one of the oldest and most renowned research rankings in the world. Since 2009, it has been published annually by the Shanghai Ranking Consultancy, an independent organisation for university information.

To assess the research performance of entire universities, the Shanghai Ranking uses a total of six parameters. These include the number of alumni and current employees at a university who have been awarded high-ranking prizes, the number of articles published in the journals Nature and Science, or the number of academics who are cited particularly frequently. On this basis, the Ranking now compares more than 2,000 universities; the results of the best 1,000 are published.

In addition to the “Academic Ranking of World Universities”, so-called “Subject Rankings” are also published annually, which show the research strength of individual subjects at universities. Here, too, JMU can once again report very good results.

The field of “Medical Technology” has an outstanding ranking. With regard to this, JMU is one of the 75 best addresses worldwide.

Furthermore, the strong rankings in several sub-fields of life sciences are striking, with JMU ranking among the top 100 (Ecology, Biomedical Engineering, Biological Sciences) or top 150 (Biotechnology, Human Biological Sciences). According to the subject rankings, JMU is also among the best 150 universities worldwide in the area of “Dentistry & Oral Sciences” and “Psychology”.