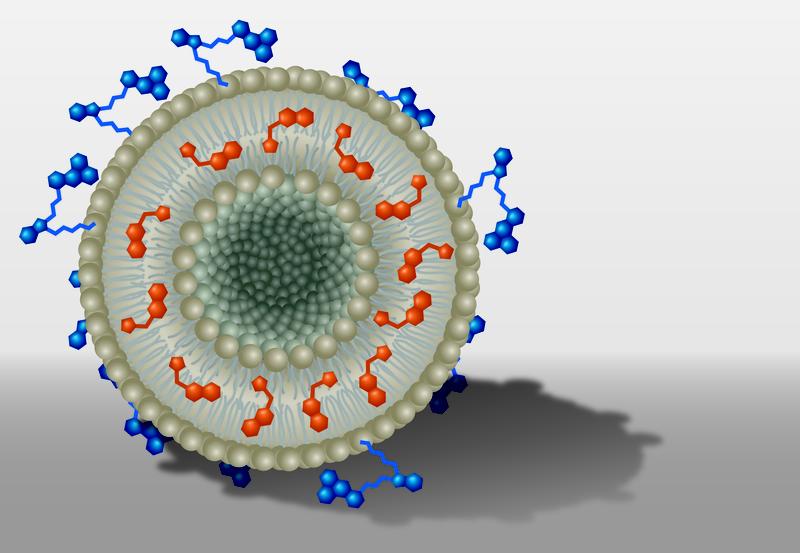 Using nanoparticles, a Jena research team implemented the targeted transport of an active ingredient into liver tissue. The particles were functionalized with a dye that is specifically absorbed by liver cells, and they carried an inhibitor of the signal protein PI3Kinase γ, which contributes to the development of liver failure in sepsis. However, outside liver cells, the signal protein is involved in pathogen reduction; this desired immune activity remained unhindered. This novel approach to the treatment of septic liver failure has recently been published in EMBO Molecular Medicine.

The signal protein PI3Kinase γ is an all-rounder: It plays a role, for example, in blood clotting, it is involved in blood pressure regulation and metabolic processes, and it pilots immune cells to the site of infection and controls their fight against pathogens. Its role in sepsis is, however, rather inglorious. That life-threatening disease is defined as organ dysfunction resulting from a dysregulated immune response to an infection and occurring around 280,000 times a year in Germany alone, with a mortality rate of 30%. In sepsis, the activation of PI3Kinase γ is perturbing hepatic excretory function up to complete organ failure.

Inhibiting PI3Kinase γ as a treatment approach against liver failure in sepsis has failed due to the side effects. In animal experiments, the administration of the PI3Kinase γ inhibitor AS605240 improved liver function, but at the same time, it severely impaired immune function because PI3Kinase γ was no longer sufficiently active outside the liver. These undesirable effects outweighed the positive effect on the liver, so the treatment did not improve the overall outcome. The active ingredient has to reach the liver – and exclusively the liver to avoid the side effects.

Within the DFG Collaborative Research Center PolyTarget, a group at University Hospital, Friedrich Schiller University and Leibniz Institutes in Jena investigates transport systems that can just do so: they find their way into specific tissues or organs in a targeted manner. First, the team developed nanoparticles that can hold active ingredients like a container. Then, depending on specific modifications, the nanocontainers are selectively taken up by certain cell types and release their charge, i.e. the active ingredient, only there. "We know from previous work that the dye DY-635 can effectively navigate nanoparticles to the liver. We have now equipped liposomes with the dye and loaded them with AS605240. We then tracked the way and the effects of these nanoparticles in cell and animal experiments," first author Dr. Adrian T. Press says. Holding a junior professorship, he researches molecular medicine of life-threatening infections at Jena University Hospital.

The authors meticulously demonstrated that the nanoparticles exclusively accumulated in the liver one hour after administration. Furthermore, they considered the inflammatory marker spectrum, which remained unchanged, providing evidence that the active ingredient AS605240 is not inhibiting the immune functions of PI3Kinase γ. In the liver, however, the inhibitory effect was proved by the restoration of bile production, which was substantiated by the significantly better survival of the animals treated with nanocontainers containing active ingredients. All animals in the experiments, including the control group, received antibiotics to treat sepsis and pain relievers.

Senior author Prof. Dr. Michael Bauer, Director of the Department of Anaesthesiology and Intensive Care Medicine at Jena University Hospital, considers targeted nanocarriers a promising treatment approach. "We were able to stabilize liver function in sepsis without impairing the defence mechanisms - which has significantly improved the survival rate. Therefore, in systemic inflammation combined with impaired barrier function, it is possible to use nanomedicines to treat the organ failure that determines the prognosis specifically. Such targeted nanomedicines open up fundamentally new possibilities for sepsis therapy", he says.