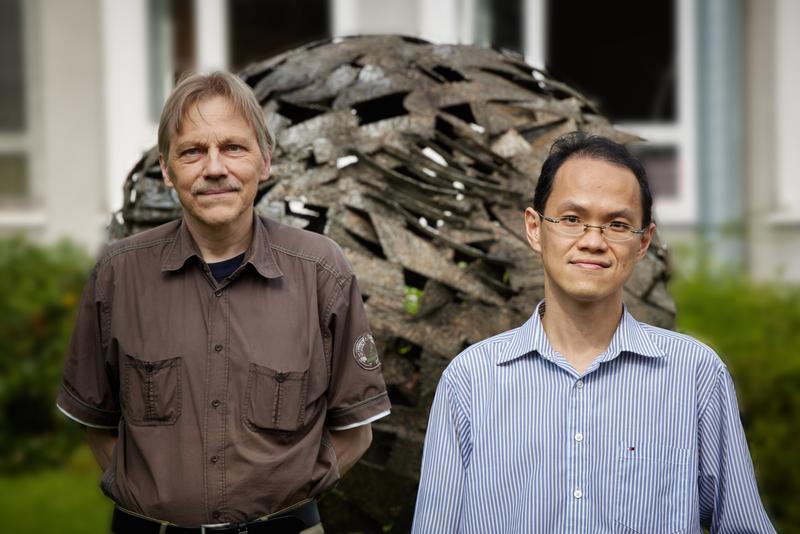 Is the Standard Model of particle physics incorrect at key points? Recently there has been an increase in experimental observations that deviate from the predictions of this widely accepted physical theory. A current study by the University of Bonn now provides even stronger evidence for the existence of "new physics". The final version of the paper is now published in the journal Physics Letters B. Lead author Chien-Yeah Seng will present the results in mid-October at the fall meeting of the U.S. Physical Society.

The Standard Model of particle physics describes the building blocks that make up the world - us humans, the grains of sand on the beach, the ocean water in which we cool ourselves, but also the sun that burns down on us. The Model also explains what forces act between these elementary particles, and allows us to understand many physical phenomena.

"However, there are also questions that this theory cannot answer," explains Dr. Chien-Yeah Seng, a postdoctoral researcher at the Helmholtz Institute for Radiation and Nuclear Physics at the University of Bonn. "For example, most researchers assume that 95 percent of our universe is made up of dark matter and dark energy, which we cannot detect directly with our measuring instruments. But the existence of these mysterious components cannot be deduced from the Standard Model."

Many researchers therefore assume that the Standard Model is not yet the ultimate answer, but must be supplemented or even fundamentally changed. An increasing number of experimental findings also point in this direction, for example those concerning the decay of the so-called kaons. These particles are a component of cosmic rays emanating from stars and galaxies. They are not stable, but decay on average after a few billionths of a second.

Small discrepancy between measurement and theory

A parameter of the Standard Model called Vus describes this decay. Its value can be extracted mathematically from measurement data of experiments. However, if this is done for different decay paths of kaons, different results are obtained for Vus. "This could be an indication of physics beyond the Standard Model," Seng clarifies.

But it is not completely certain. This is because there are basically three possible reasons for this discrepancy: First of all, the measurements in the experiments may be wrong or too inaccurate. Second, perhaps the calculation of the relevant decays under the Standard Model is not precise enough. Or, third, the Standard Model is actually incorrect at this point. "The first explanation is now considered unlikely," stresses Prof. Dr. Ulf Meißner of the Helmholtz Institute. "For one thing, it is now possible to determine Vus experimentally with increasing precision. Second, these measurements have now been repeated many times."

Is the theory wrong? Or is the calculation too inaccurate?

However, it is still unclear whether the calculations of the decays within the framework of the Standard Model are precise enough to extract Vus. This is because calculating these is only possible to an approximate degree, and only with the use of extremely powerful supercomputers. Besides, even the fastest computers would at present be busy for decades in order to achieve a sufficiently high computational accuracy. "However, we need high accuracy to be sufficiently confident that the discrepancy between the Vus values is indeed indicative of an error in the standard model," Seng stresses.

Together with colleagues, the young researcher from Malaysia has now developed a method that can significantly shorten the computing time. "To do that, we broke down the problem - accurately extracting Vus - into many simpler subproblems," he says. "This made it possible to determine the value of Vus from kaon decays much faster and more accurately than before."

Evidence of a "new physics" intensifies

The results confirm the discrepancy between the Vus values. The evidence for a "new physics" beyond the Standard Model has therefore become stronger. "We can't be completely sure yet, though," says Seng, who will present his findings in mid-October at the fall meeting of the American Physical Society. "For that, our calculations have to become a bit more precise. But if our results are confirmed, it would certainly be one of the most important findings in particle physics in recent years."

Researchers from the Helmholtz Institute in Mainz were also involved in the study. The study was funded by the German Research Foundation, the National Natural Science Foundation in China, the Chinese Academy of Sciences, the Humboldt Foundation and the Volkswagen Foundation.