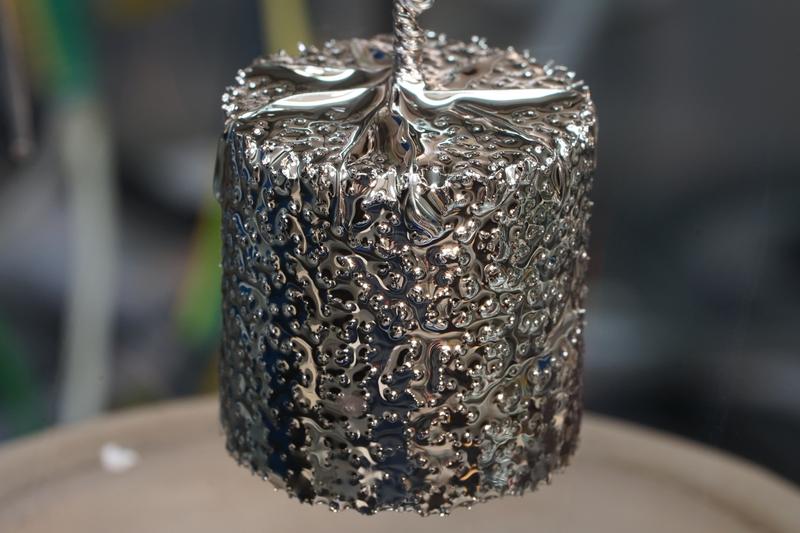 Climate protection means increasingly turning to renewable energies. But in order to store the energy produced by solar, wind and other regenerative processes, sophisticated systems are required. Today’s storage options are still too expensive and hardly or even impossible to recycle. Scientists at HZDR’s Institute of Fluid Dynamics have been working on liquid metal batteries for several years and are now in the European vanguard. Together with the Massachusetts Institute of Technology (MIT), HZDR’s scientist Dr. Norbert Weber has managed to decisively optimize a novel lithium lead battery.

As reported in the Journal of Energy Chemistry (DOI: 10.1016/j.jechem.2021.08.015), thanks to an improved electrolyte formulation, the team was able to increase the power efficiency to nearly 100 percent and the energy density by 45 percent at the same time.

When he was still a postdoc, Norbert Weber of the Institute of Fluid Dynamics spent three months researching at MIT in Boston. There he met scientists who had managed to develop a membrane for liquid metal batteries that enables manufacturing high voltage cells. Based on this innovation – that is, the membrane between the metal electrodes – Weber as part of the MIT team around Prof. Donald Sadoway was able to decisively improve the efficiency of these batteries.

The batteries are exposed to a working temperature of more than 400 degrees Celsius so that the metals are present in liquid form. Lithium, which is located at the top of the battery is separated from the heavy lead on the bottom by a molten salt layer. The membrane functions as a kind of additional, second dividing wall between the metals lithium and lead and thus reinforces the molten salt by preventing unwanted chemical processes that would irreversibly damage the battery.

In addition to the membrane, there are other factors that influence the mixing of the molten salt. The less it is mixed, the lower the batteries’ self-discharge. This, in turn, leads to greater efficiency. Weber and his MIT colleagues were able to demonstrate that under various test set-ups in which the mixing of the molten salt was inhibited by introducing lead oxide, battery efficiency increased significantly – from 92 to almost 100 percent. “The high current density, the completely liquid interior and the concomitant ease of recycling make these batteries an ideal stationary energy storage option to compensate for the immense fluctuations in solar and wind power,” Norbert Weber estimates.

To demonstrate the possibility of increasing efficiency, initially an existing lithium lead battery was used. In the next stage, HZDR scientists are looking to replace lithium and lead by more environmentally friendly and easily accessible raw materials: For instance, sodium and zinc, which are already being investigated in the EU-funded project SOLSTICE that is coordinated by HZDR, are promising candidates.