Local supply chains in neurons: who gets the goods? 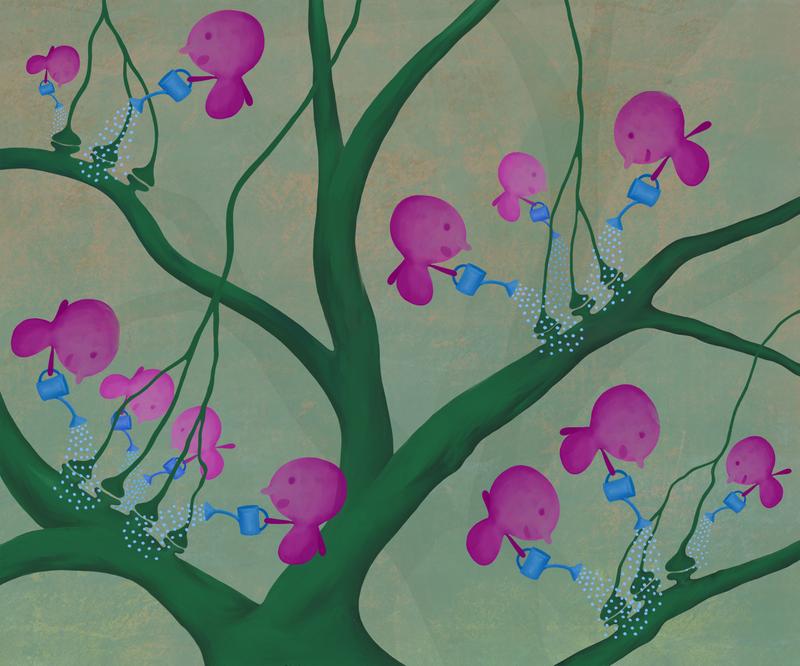 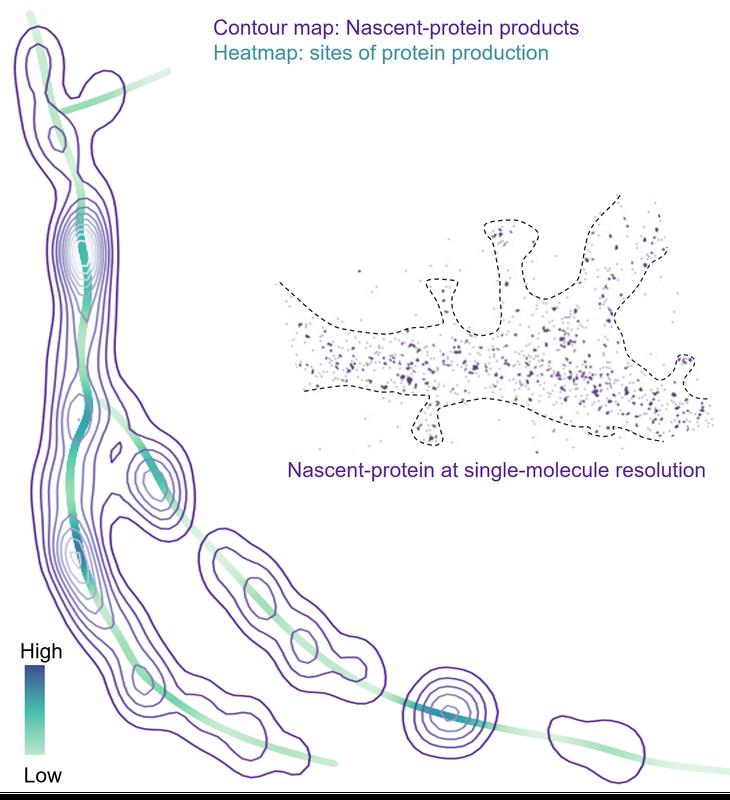 To store and process information, the brain is constantly producing, distributing and degrading proteins, the essential cellular resources. Proteins are in high demand, especially at synapses (specialized connections between neurons) which, on average, consume over 100000 trillion proteins per day in the brain. Scientists at the Max Planck Institute for Brain Research, Max Planck Florida Institute and Goethe University Frankfurt now pictured a tight spatial relationship between the protein production machinery and product in neurons at unprecedented resolution. Their findings imply local sharing of resources: a local ‘neighborhood’ of synapses.

Neurons constantly process information from thousands of synapses. Numerous synapses populate large volumes of dendrites (information receiving processes) ranging up to hundreds of microns away from the cell body, the cell’s ‘governing’ unit. Thus, unlike in other (round) cells, the distribution of goods (proteins) poses a particular “logistic challenge” to neurons.

“Instead of using just one central source (the cell body) which would be quite inefficient given the large neuronal volume, neurons have adapted a local solution. They deploy ribosomes, the protein synthesis machinery as well as messenger RNAs (mRNAs), the templates for protein synthesis to “local hubs”, serving distal populations of synapses”, says Prof. Erin Schuman, director at the Max Planck Institute for Brain Research.

While local protein synthesis is required for various mechanisms of synaptic plasticity - a prerequisite for learning and memory - the abundance and distribution of ribosomes and nascent proteins near synapses has not been well understood. To shed light on this phenomenon, Schuman and colleagues detected ribosomes and their nascent-proteins products at unprecedented resolution using DNA-PAINT and metabolic labelling in combination with super-resolution microscopy.

How much protein does each synapse get and do synaptic clusters share supplies? To study the dynamics of local protein distribution across neighboring synapses during spontaneous neural activity, the scientists stimulated neurons both globally and locally with high spatial precision. “Synaptic activity turned out to be a good predictor of local protein supply levels”, Sun says. “Interestingly, however, while the global protein distribution across the neuron was homogenous, neighboring synapses often have very heterogenous levels of protein supply. And this local difference persists during both global and local synaptic plasticity.”

Schuman: “This logistic scheme may be a good solution for maintaining homeostasis of the entire synapse population while allowing local diversity. Understanding the relationship and dynamics between the resource and protein product will allow us to further dissect the mechanisms of synaptic plasticity.”