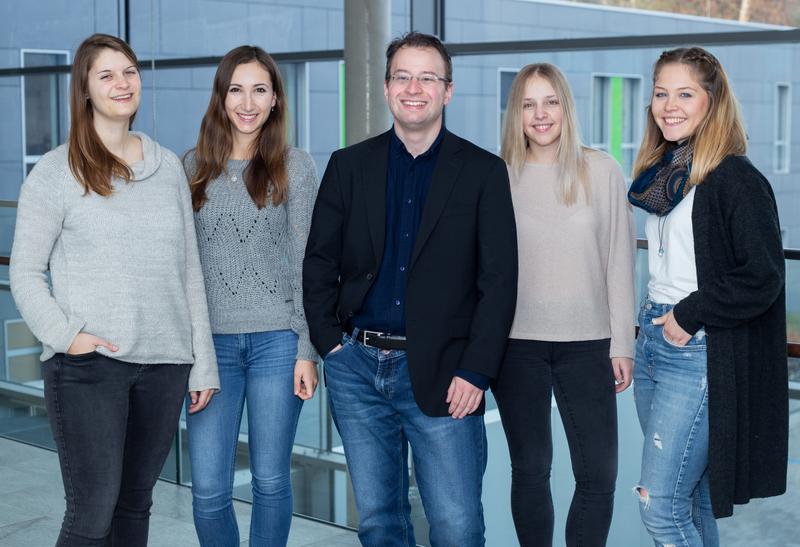 Loneliness is a painful feeling. If it persists, it can lead to mental illnesses such as depression or anxiety disorders. Researchers from the Universities of Bonn, Haifa (Israel) and Oldenburg have now discovered how loneliness is associated with reduced trust. This is reflected in changes in the activity and interaction of various brain structures, especially the insular cortex. The results therefore provide clues for therapeutic options. They are now published in the journal Advanced Science.

Everyone knows what loneliness feels like. Behind this feeling is the perceived discrepancy of the need for social relationships not being met to the desired degree. As with hunger that wants to be satisfied, feelings of loneliness can also provide the motivation to connect with other people. However, some people are affected by persistent loneliness. Such cases can increase the risk of developing a mental illness, such as depression or anxiety disorders. "One reason for this keenly felt loneliness may be a lack of trust in fellow human beings," says Dr. Dirk Scheele from the Research Section Medical Psychology at Bonn University Hospital, referring to initial study evidence.

Together with Prof. Dr. Simone G. Shamay-Tsoory from the University of Haifa (Israel) and Prof. Dr. Dr. René Hurlemann from the University of Oldenburg, Dr. Scheele's team therefore investigated the relationship between trust and loneliness in more detail. Using an online questionnaire, the researchers selected 42 people from 3678 adults who were affected by severe loneliness but did not suffer from a mental illness or were receiving psychotherapy. The control group consisted of 40 people who did not suffer from persistent loneliness. "It was important to us that our findings could be attributed to the loneliness experienced and that any influence of mental illness could be ruled out as far as possible," explains lead author Jana Lieberz from Scheele's team.

In the brain scanner: How great is the willingness to share?

Participants first completed tasks in the brain scanner. Among other things, they played a trust game. Here they were given ten euros in start-up capital. Based on portrait photos displayed on a screen, they were asked to decide how much of the money they were willing to share with each of the people shown. They knew that making a profit beyond their start-up capital was only possible if they shared their start-up capital with others. At the same time, however, they had to trust that their gambling partners would not keep the money they had staked for themselves. "Participants with pronounced feelings of loneliness shared less with others than the control group," Scheele explains. "We interpret that as a lower level of trust."

The researchers also found processing deviations in brain areas involved in trust formation compared to the control group. This was particularly evident in the anterior insular cortex, which was less active in lonely individuals and did not connect as prominently with other brain areas. "An important function of the insular cortex is to perceive and interpret one's own body signals, such as the heartbeat," Lieberz says. "It also helps to correctly interpret other people's reactions, such as facial expressions or mood - or trustworthiness."

After the trust game, the experimenters also simulated a standardized conversation situation with the respective participant, which dealt with emotionally positive content: What would you do with a lottery win? What are your hobbies? Afterwards, the team asked the participants about their mood. The researchers also collected blood and saliva samples to examine, among other things, an increase in the bonding hormone oxytocin in response to the conversation and measured the distance in centimeters that the subjects maintained from the experimenter.

It was found that those affected by severe loneliness were in a less positive mood after small talk than the control group. Levels of the bonding hormone oxytocin also changed less. Furthermore, lonely people maintained a spatial distance from the experimenter that was about ten centimeters greater than that of those hardly affected by loneliness. "Overall, the results show across tasks that chronic loneliness is associated with reduced trust in fellow human beings," says Scheele, summarizing the most important finding. "This can mean that interactions with others are experienced as less positive, which makes it harder to connect with others and exacerbates the loneliness spiral."

The research team also sees these findings as starting points for interventions. "The reduced trust of lonely people could be given greater focus in therapies by making it a topic of discussion and thus making those affected aware of it," Lieberz adds. It would then also be possible to look at strategies on how affected individuals can strengthen their trust in other people. In a study currently underway at Bonn University Hospital, the researchers, together with colleagues from Haifa and Oldenburg, are investigating whether psychotherapeutic group interventions can reduce these negative mental biases.

The study was funded by the German-Israeli Foundation for Scientific Research and Development (GIF).