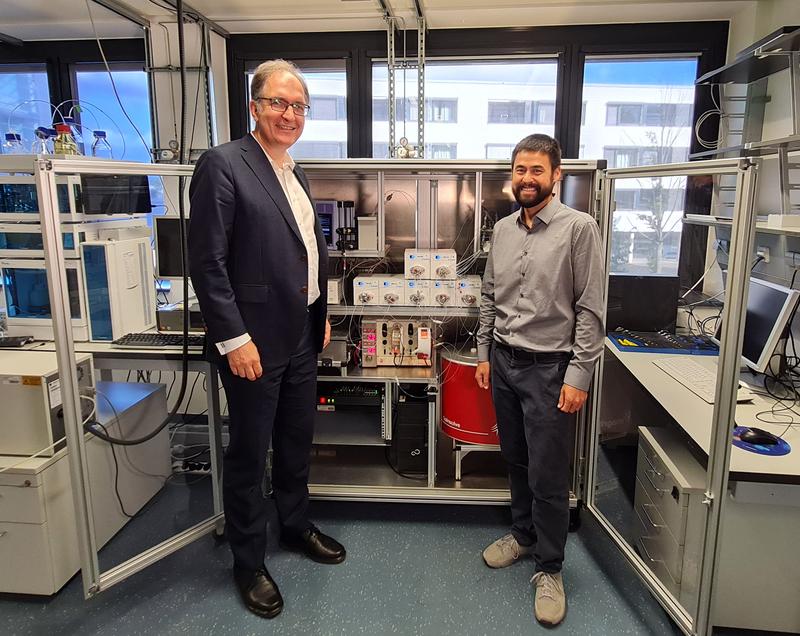 (Potsdam) Prof. Peter H. Seeberger has received a grant of 500,000 euros from the German Federal Ministry of Education and Research (BMBF) for his project proposal "Chemresilience". The task now is to develop a viable concept for a new large-scale research center within six months. If successful, the project will receive funding of 1.25 billion euros. "Chemresilience - Research Factory in the Central German Mining District" aims to establish a sustainable recycling economy for chemical products.

Peter Seeberger's project aims to strengthen the resilience of the German chemical landscape through renewable raw materials, short transport routes and local, cost-effective and sustainable production processes, thus safeguarding important industries such as healthcare, transport, energy, agriculture and consumer goods. "The new research center in Saxony will completely redevelop chemical production that is currently based on fossil raw materials and will have to catch up on 150 years of 'head start' to make an important industry sustainable. There are currently approaches in industry and science worldwide in this direction but no comparable research center. This center will be a globally visible beacon of cutting-edge research and a crystallization seed for settlements and spin-offs," says Peter Seeberger. At the same time, he is striving to maintain the highest occupational safety and environmental standards. A total of two concepts will be implemented from summer 2022. Up to and including 2038, each center will receive funding of 1.25 billion euros from the federal government.

The six most convincing concepts for the first funding phase were selected by an independent commission from an international two-stage competition organized by the BMBF. The BMBF press release states that the aim is to create new economic prospects and jobs in Saxony and Saxony-Anhalt. This is to contribute to the structural change in the traditional lignite mining areas. The aim is to create two locations for excellent research with effective knowledge transfer to applications. Following the drafting process, the concepts will be reviewed by an independent commission of experts, including chemists Wolfgang Herrmann and Joachim Sauer as well as Nobel Prize winner for chemistry Stefan Hell, Saxony's former state premier Georg Milbradt and astronaut Alexander Gerst. On this basis, the federal government and the participating states of Saxony and Saxony-Anhalt will decide which two concepts will be implemented from summer 2022.

Background:
The "Structural Strengthening Act for Coal Regions" (StStG) came into force on August 14 for the regions affected by the coal phase-out. The two-stage, open-topic competition "Knowledge Creates Perspectives for the Region!" started in November 2020, and the set-up phase will begin in summer 2022.