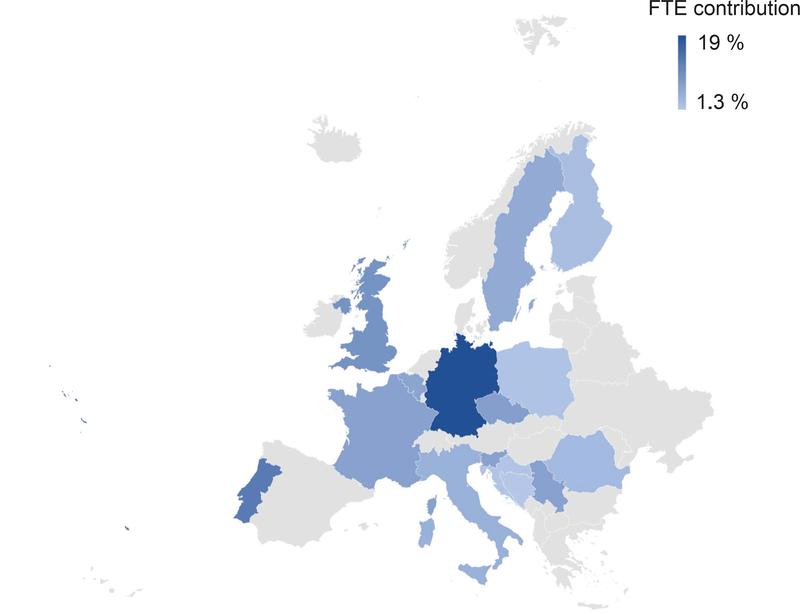 Central pool of expertise under the coordination of PTB

More than 23 million people in the world are exposed to ionizing radiation sometime during the course of their work. Natural radiation is everywhere and affects everyone. The topic of radiation protection is also becoming ever more varied. Due to the latest developments, such as pulsed radiation in medical, industrial or technical applications, we are now increasingly dealing with radiation fields of ever greater complexity. The techniques used to measure this radiation accurately have therefore become more sophisticated. They are the basis for assuring the quality of the measuring instruments used to protect both humans and nature. A European Metrology Network (EMN) for Radiation Protection has therefore been created to pool and deepen the competencies of metrologists, radiation protection experts, industry and other stakeholders. The expertise of 16 national metrology institutes, two national radiation protection institutes, and one European radiation protection organization are currently gathered under the umbrella of EURAMET. This group is coordinated by Annette Röttger from the Physikalisch-Technische Bundesanstalt (PTB).

The notion of radiation protection arose just one year after Röntgen’s discovery of X-rays, namely in 1896, when the term radiation protection was coined by Wolfram Fuchs, an American engineer. However, long and winding developments – starting from the serious radiation damage often suffered by pioneer researchers in this field up to the current situation with its manifold and very strict safety regulations – were necessary before the idea of radiation protection became widely accepted and efficiently implemented. These regulations included both the protection of employees against occupational exposure to radiation and the protection of the general population against the consequences of natural radioactivity (e.g., due to radon). The provisions governing the protection of the eye lens or the handling of pulsed radiation fields (such as those encountered in laser materials processing) have, for example, recently been tightened. New European regulations on how to deal with radon are currently being implemented. In responding to such regulatory changes, measuring techniques have to be continuously modified and adapted. When calibrating or testing devices, it is no longer sufficient to use just one radiation source for the tests. Instead, close attention must be paid to all the possible scenarios that might arise in future applications. This is the only way to guarantee that the measuring instrument at hand will produce reliable results in real-world situations as well. “Technological change has brought about entirely new issues that we have to solve quickly and reliably. Today, the main challenge in radiation protection metrology is to determine whether a measuring instrument is suitable for the intended, and possibly complex, measurement job,” says Annette Röttger, head of PTB's Ionizing Radiation Division and coordinator of the new network, in describing the task we face today.

This task can only be dealt with through an intelligent division of labor. “It doesn't make sense to have the same sophisticated measuring equipment available at multiple locations in Europe, when important infrastructure needed for other tasks is missing”, explains Annette Röttger. “Instead, we want to use the new network to identify needs and provide targeted support to our members to develop any infrastructure they lack.” The objective of this new network thus consists in better coordinating the metrology landscape of Europe. “The aim is to pool existing capabilities and capacities smartly to derive the maximum benefit – and, in the long run, to create new capabilities”, elaborates Annette Röttger. “This is the only way for people and organizations to be sure that Europe's strict legal regulations are put into practice with the same quality everywhere. In this way, we can competently accompany the introduction of new technologies and at the same time maintain and expand the level of protection in Europe.”

The EMN for Radiation Protection has taken its place among the series of existing metrology networks which EURAMET – the European Association of National Metrology Institutes – has set up within the past three years. There are currently nine such networks tasked with analyzing the metrological needs in their respective fields at the European and global levels and addressing those needs in a coordinated manner. The member institutes formulate joint strategies with regard to research, infrastructure, knowledge transfer and services. They commit to contributing to their EMN and to helping create sustainable structures that have been planned strategically from the beginning. The EMNs endeavor to act as a central hub in Europe with the goal of setting up a long-term infrastructure for compiling the needs in their area as expressed by regulators, policy makers and industry representatives. As such, the EMN is working to coordinate expertise in order to make better use of the resources at hand.

The EMN for Radiation Protection was officially launched on 16 September 2021. Its first members are PTB, NPL (United Kingdom), Vinča (Serbia), IMBiH (Bosnia and Herzegowina) and IFIN-HH (Romania); the Bundesamt für Strahlenschutz (BfS) (the German Federal Office for Radiation Protection) is a partner. Current plans foresee further member organizations from France, the Czech Republic, Italy, Poland, Croatia, Portugal, Slovenia, Belgium, Sweden, and Finland. And an increase in membership later would be most welcome.

With EURAMET’s central support, the network will pool all the capabilities of its members and provide them with a common platform to offer their services. “In addition, the EMN for Radiation Protection is receiving excellent support from the Bureau International des Poids et Mesures (BIPM) and from the International Atomic Energy Agency (IAEA)”, says Annette Röttger, “and is looking forward to intensive cooperation with these global operators.”

One of the most important tasks of this EMN will consist giving the field of radiation protection metrology a strong voice in Europe so that it can provide responsible guidance and support to future technological development.
(es/ptb)

Full text for the picture:
Founding member countries of the EMN for Radiation Protection. The color scale indicates the respective contribution in the form of staff capacities. The total number of staff corresponds to more than 220 full-time equivalents (FTEs). This figure includes both metrology institutes and non-metrology institutes. (Credit: PTB)