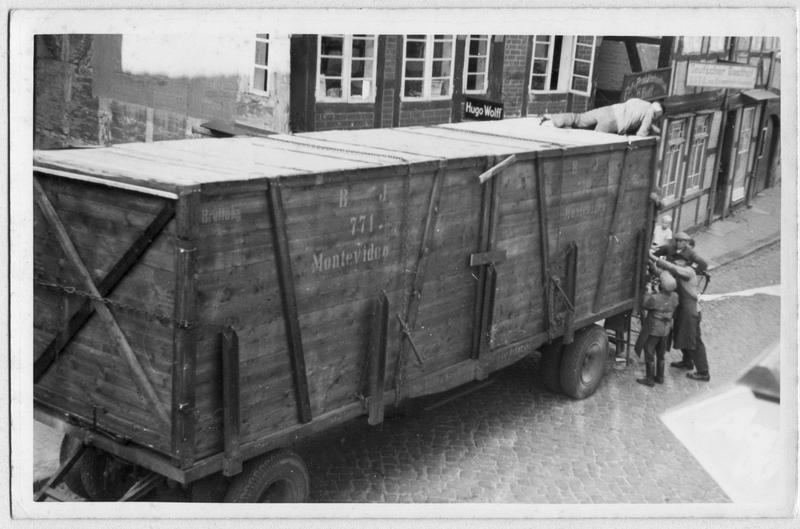 The Provenance Research Department of the German Maritime Museum (DSM) / Leibniz Institute for Maritime History in Bremerhaven invites you to the international symposium "The Handling of Moved Goods of Jewish Emigrants in European Ports" on Thursday, October 7, 2021.

Works of art, bedroom furnishings, iceboxes, crystal and porcelain wares - in short, entire households were brought to ports for shipment by Jewish citizens wishing to emigrate, beginning in 1939. They did so in the hope of starting a new life with them in another country. But instead of shipping the belongings, the National Socialist authorities confiscated and auctioned them off in Germany.

In an international symposium organized by the DSM, researchers working on the confiscation of household effects from Jewish households in European port cities will present their current research findings to the general public. Expert audiences and interested parties can either follow the day-long event online from 9 a.m. on Thursday, October 7, or experience it live at the Haus der Wissenschaft in Bremen.

Experts from Austria, Italy, the Netherlands and Germany will give presentations on what happened to the property in the port cities of Trieste, Rotterdam, Hamburg, Bremen and Genoa during National Socialism and how it ended up as expropriated property in other households. The international symposium is the first event of its kind, from which the organizer and provenance researcher at the DSM, Susanne Kiel, expects a Europe-wide networking of experts. "We want to discuss the similarities and differences that existed in the handling of relocation goods of Jewish emigrants in port cities."

With the symposium, however, Kiel is addressing not only experts, but everyone interested in the topic. Within Bremen, many goods were auctioned off directly to the population. "We are interested in the archives of forwarding agencies and companies that were active in logistics and transportation during National Socialism. Through them, the trail to some items could be better traced," Kiel says. This is not about the question of guilt, but about completing the scientific account. So far, Kiel says, she has only been able to reconstruct the history of the Jewish emigrants. The part of buyers, forwarding agents and companies from Bremen is missing. Kiel hopes that the story of one or the other disappeared object can be told through a broad audience.

International Symposium "Dealing with Relocation Goods of Jewish Emigrants in European Ports" on Thursday, October 7, 2021, from 9 a.m. to 5 p.m. online or live at the Haus der Wissenschaft Bremen, Sandstraße 4/5. Admission is free, but registrations for the face-to-face event and for digital participation must be made via the website by October 5.

The event is sponsored by the Arbeitskreis Provenienzforschung e.V..

Provenance research at the DSM is funded by the German Lost Art Foundation.