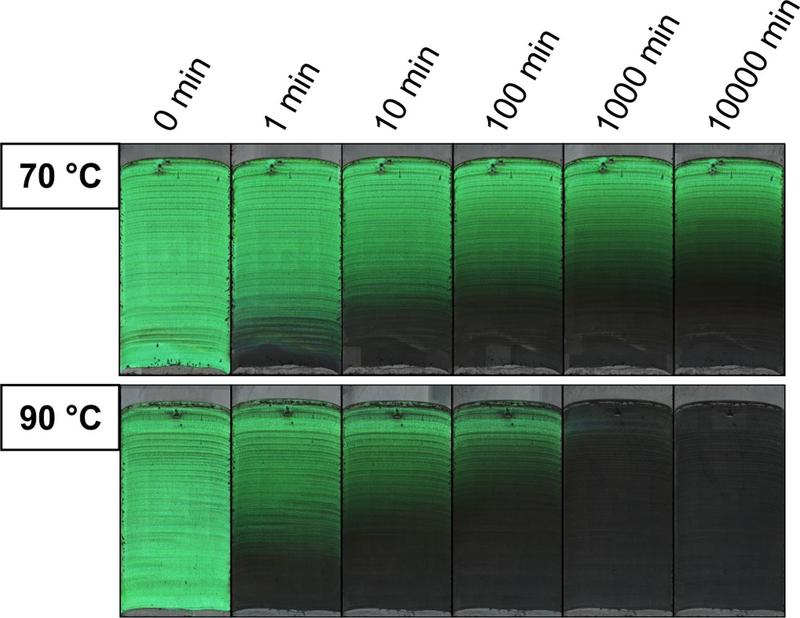 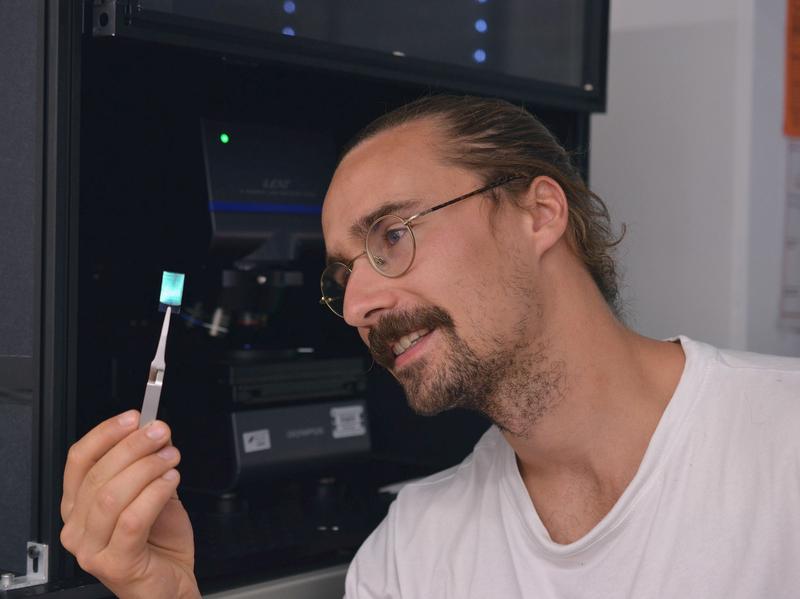 Due to their iridescent colors, opals have been considered particularly precious gemstones since antiquity. The way these stones shimmer is caused by their nanostructures. A research group led by Prof. Dr. Markus Retsch at the University of Bayreuth has produced colloidal crystals mimicking such structures, which are suitable for constructing new types of sensors. These sensors visibly and continuously document the temperature in their environment during a defined period. They are, therefore, tailor-made for a permanent monitoring of temperature-sensitive processes. The scientists have presented their discovery in the journal "Advanced Materials".

Attractive applications are already in sight for this new type of sensors. "For the safe operation of modern high-performance batteries, it is important that they are exposed to only moderate temperatures for many hours of operation. Short-term temperature spikes can endanger the safety and service life of the batteries. With the help of the new sensors, compliance with uniform ambient temperatures can be monitored reliably. Moreover, the sensor is already pre-programmed due to its material composition: it works autonomously and cannot be manipulated afterward," says doctoral researcher Marius Schöttle (M.Sc.), lead author of the new publication.

Prof. Dr. Markus Retsch, Chair of Physical Chemistry I and coordinator of the new study, adds: "We have developed a sensor that is sensitive to time and temperature – without the need for complex electronics or special measuring devices. In addition, the artificial crystals we synthesized represent a new class of materials that are very interesting for fundamental research. It is possible that these colloidal gradients will help us to track down previously inaccesible physical phenomena."

Opals consist of spherical particles that form superordinate nanostructures. Interactions of these highly symmetrical structures with visible light make the surfaces shimmer in the most diverse colors. The same is true for the wings of butterflies or some beetles. In recent years, natural and artificial representatives of this class of materials have been increasingly studied. At the University of Bayreuth, the research team led by Prof. Dr. Markus Retsch has now investigated whether nanostructured materials can be produced using this construction principle but with a controlled variation of the mixtures of different particles, which have technologically attractive properties. The vision was to realize nanostructured films that gradually change their physical properties along a certain direction. This unique gradual behavior could be achieved by simply varying the composition of a binary particle mixture. For this purpose, the researchers developed an experimental setup that enables the preparation of such gradual colloidal crystals comprising two types of distinct particles.

Two types of particles were produced in the laboratory that differed in only one aspect: their resulting nanostructures merge at different temperatures so that the surfaces of the materials irretrievably lose their iridescent colors. Technically speaking, this irreversible dry sintering process creates a colorless film layer. The researchers have created colloidal crystals from both types of particles and utilized their newly developed gradient fabrication technique. The structure of the resulting crystals is always the same: within each crystal, the proportion of particles that lose their structures at higher temperatures and are thus more stable increases continuously towards one side. Comparative studies have shown that a larger percentage of more stable particles causes a slower structural degradation within the crystal and retards the resulting color loss.

The Bayreuth team has now used this discovery to fine-tune various colloid crystals. A colloid crystal in which the proportion of stable particles changes gradually now takes on the function of a sensor: the higher the temperature during a defined period, the further the color loss spreads along the gradient direction. The shorter the periods during a constant temperature, the sooner this process aborts. Since the color losses are irreversible in any case, the sensor documents the level of an ambient temperature as a function of time.