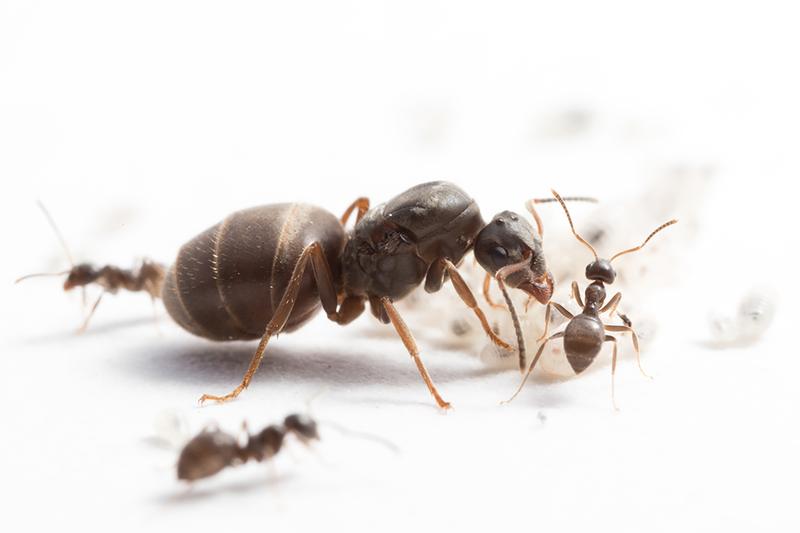 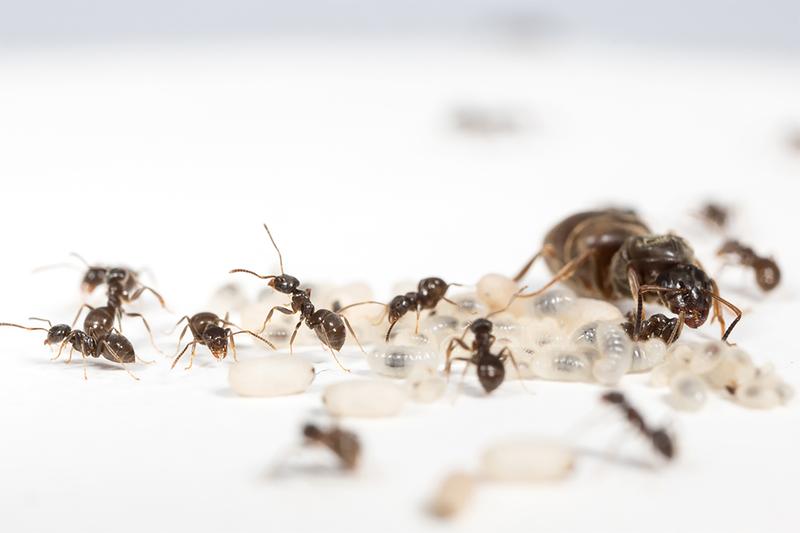 Genetically diverse ant colonies tend to be more productive, presumably due to improved division of labor

Ant colonies with a higher degree of genetic diversity thrive better than those that consist of individuals with more similar genetic backgrounds. This is the conclusion of an experimental study in which researchers compared various colonies of the common black ant with one another. "We assume that increased diversity results in more efficient distribution of tasks by the workers, leading to an improvement in the overall performance of a colony," explained Dr. Romain Libbrecht of Johannes Gutenberg University Mainz (JGU), who led the study. It seems that colonies in which ants differ more from each other raise more larvae to maturity than colonies consisting of closely related individuals. The results of this study may explain why unusual phenomena, such as queens that are fertilized more than once and colonies with several queens simultaneously, could have evolved in some insect societies. This occurs not only in ants but also among many different species of eusocial insects.

Eusocial insects are often genetically closely related to each other

In the animal kingdom, genetic relatedness plays a central role in the evolution of altruistic behavior. In the case of social insects, such as ants, bees, and wasps, female workers forgo their own reproduction to help rear the brood produced by the queens. This reproductive division of labor evolved in a context of close genetic relatedness, as queens are usually fertilized by one male and all subsequent offspring are the result of this one mating. "The colonies of most species of eusocial insects are characterized by close genetic similarity presumably because this facilitates collaboration," Libbrecht pointed out.

There are also other strategies. For instance, a honeybee queen can mate with up to 20 drones, while a single nest of the Argentine ant (Linepithema humile) can contain as many as 60 queens. "However, there is a price to pay if you opt for more genetic diversity. Under certain circumstances, queens can be at higher risk when mating with multiple males, and there may also be more conflict between workers," said Libbrecht. Nevertheless, as strategies like these were favored by natural selection, there must be certain advantages associated with them. For the past 20 years, evolutionary biologists have been trying to demonstrate the benefits of genetic diversity.

"We decided to take a different approach in order to identify how increased genetic diversity confers benefits to insect societies," said Libbrecht, head of the JGU research group on Reproduction, Nutrition, and Behavior in Insect Societies. He and his team initiated an experimental study in which they manipulated the worker force of colonies of the black garden ant (Lasius niger). This species is widely distributed throughout Central Europe and can be found in urban gardens, on balconies, in fields, and at the edge of forests. Normally, a colony will have just one queen that usually mates with a single male so that all offspring share a very similar genetic background. Libbrecht and his team collected ants from the area around Mainz and assigned them to two groups: one group consisted of ants collected in a single colony, the other group consisted of ants collected in three different colonies. "What we did was gather pupae because the queens would not have accepted foreign adult worker ants," explained Libbrecht. Lead author of the article Marina Psalti added: "This meant that the worker ants that emerged from the pupae in our test colonies were not at all related to their queens. This was necessary to exclude any potential maternal effects."

What Libbrecht's team of evolutionary biologists observed was that greater diversity among workers resulted in improved production of larvae. There was no difference in the numbers of eggs produced by the two groups. "This meant that, starting with the same number of eggs, the group with more diversity among workers was able to raise more larvae." According to Libbrecht, under natural conditions, a small colony can be very vulnerable in its founding stage and whether it is able to establish itself depends on how quickly a good number of worker ants can be added.

The reason why colonies consisting of diverse ants perform better may be because they have an improved division of labor. "Certain workers would be better at looking after the larvae, which need to be fed and groomed. Other workers might be more skillful at finding food. Therefore, we show that diversity within a colony provides benefits in terms of which ants take on the various tasks," Libbrecht summarized the findings.