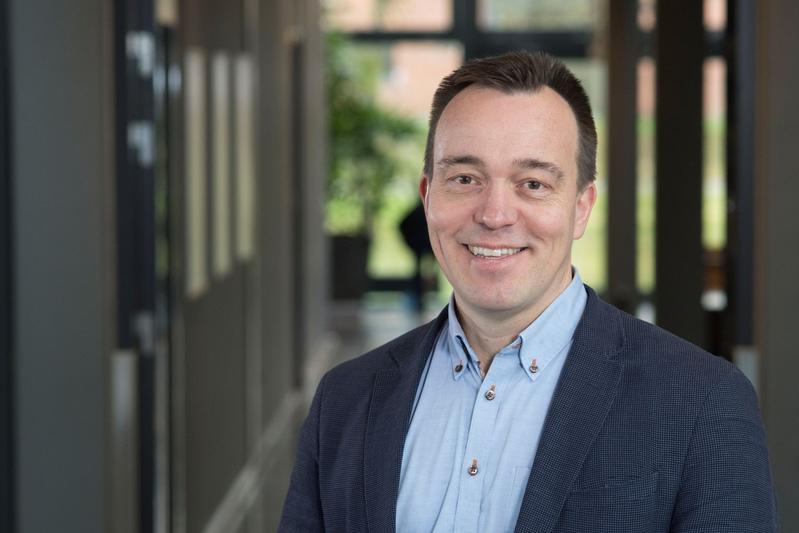 09/29/2021: In recognition of his outstanding achievements in the field of “Big Mulitdimensional Data”, the Danish database scientist Prof. Torben Bach Pedersen was awarded the honorary doctorate of Technische Universität Dresden today. “We not only honor an outstanding scientist of international standing, but also a strong advocate of interdisciplinarity, which is of outmost importance to our university in tackling the challenges that the 21st century has in store for us”, said Prof. Ursula Staudinger, Rector of TU Dresden, during a ceremony in the festive hall “Dülfersaal” of TU Dresden.

Torben Bach Pedersen has carried out fundamental research on techniques and methods for scalable data analysis - both in core informatics and specifically for smart grid systems - and is considered one of the pioneers in this scientific field.

His close connection to the Faculty of Computer Science of TU Dresden is reflected by diverse collaborative projects, particularly in the field of energy control. Joint research activities with the Chair of Databases of TU Dresden, which are mirrored in bilateral projects as well as in EU-wide research networks, address the management of intelligent power grids, particularly regarding integrating needs-based renewable energies. On the basis of "Big Data", an optimization of decentrally organized consumers and producers regarding the power distribution systems is performed in order to achieve robustness on the one hand and cost efficiency in modern power grids on the other hand.

Thus, with the award of the honorary doctorate, TU Dresden expresses their recognition of Professor Pedersen’s international achievements, as well as their appreciation of his commitment to the local scientific landscape.

As a "Privileged Professor" at the Department of Computer Science at Aalborg University, Torben Bach Pedersen is heading the "Center for Data-Intensive Cyber-Physical Systems" in the field of application-oriented data and information systems. Together with his team, Mr. Pedersen is meeting the challenge of collecting and evaluating large statistical, mostly empirically collected data in the context of cyber-physical systems. In the special field of controlling smart grid systems for the management of large energy networks, Mr. Pedersen has received recognition throughout Europe. Since 2013, Torben Bach Pedersen has been a member of the "Danish Academy of Technical Sciences".

Many research stays and a large number of working visits characterize his very intense scientific relationship to the Faculty of Computer Science of TU Dresden. As one of the five European partners of the joint "Erasmus Mundus Joint Doctorate in Information Technologies for Business Intelligence - Doctoral College" (IT4BI-DC), Prof. Bach Pedersen has been supervising very successfully a number of doctoral students in the Faculty of Computer Science.

Rector Prof. Ursula M. Staudinger awarded the first honorary doctorate of her term of office during a ceremony in the festive hall “Dülfersaal” of TU Dresden. She honored Pedersen as “a scientist for whom the networking and further development of science on a European level is of central importance - both in terms of advancing international cooperation as well as the common qualification and networking of young people. Prof. Bach Pedersen has become a true colleague over the years through his strong commitment to cooperation with our Faculty of Computer Science and beyond. We are honored to bestow this title upon him today.”

For the Faculty of Computer Science, it is the fourth honorary doctorate that has been awarded to outstanding computer scientists since TU Dresden was founded.