Clean air at all times 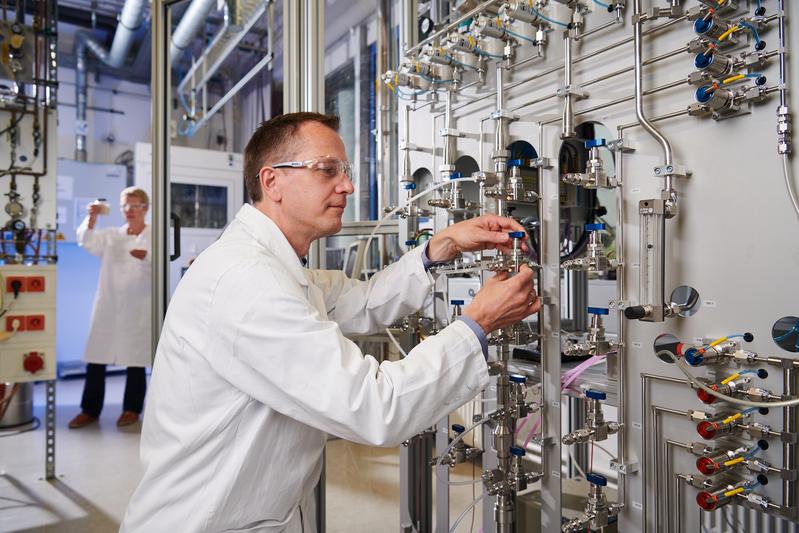 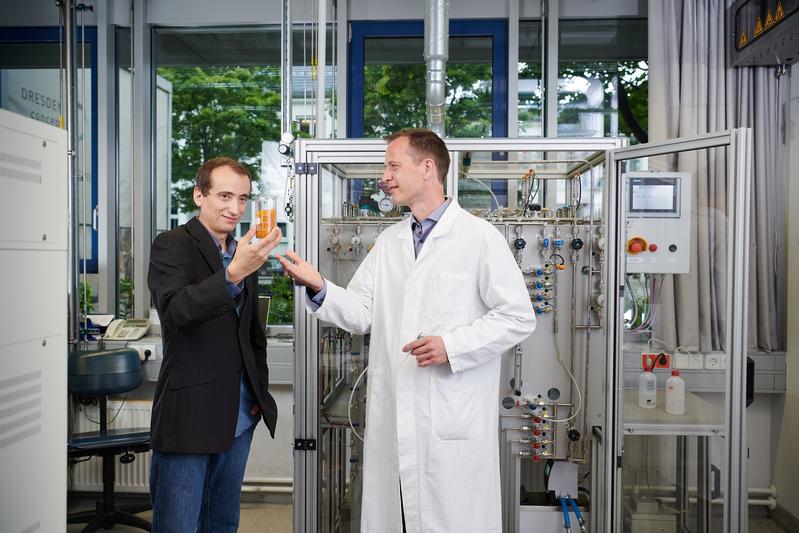 Metal processing with lasers and plasma releases many different pollutants into the ambient air. The Fraunhofer Institute for Material and Beam Technology IWS, together with partners, has developed a filter system that efficiently removes these substances from the air. The filter can be adapted to the various materials and substances released in each case. In the future, the technology will be used in other applications, such as additive manufacturing.

Microparticles and harmful gases as well as substances are released when metals are processed with lasers or plasma. Metalworking companies usually remove these sub-stances from the workplace using extraction and ventilation systems. Where this is not possible, employees wear protective masks. As production becomes increasingly auto-mated (using production robots for example), less attention is now often paid to emission protection, because people are not permanently present in the facility. “This is a problem, because employees do occasionally have to enter the facilities to carry out repairs and maintenance, and to monitor the quality of the products,” says Jens Friedrich, Group Manager for Gas and Particle Filtration at the Fraunhofer IWS in Dresden. “In such cases, employees are not aware of quite how polluted the air in fact is.”

One filter system for everything

As part of a publicly funded project, Fraunhofer IWS in Dresden developed a filter sys-tem together with companies from Saxony which cleans the air in production rooms and effectively binds a variety of pollutants at the same time. The standard today are activated carbon filter systems, which for example retain volatile organic compounds (VOCs). However, substances like formaldehyde, nitrogen oxides and problematic sulfur compounds are also often released in metalworking companies and workshops. Laser welding also releases microparticles of metal or welding material. No system has so far been available that removes all substances from the air equally well. As part of the MultiFUN project, the partners have developed such a flexible filter system for the first time. It consists of several exchangeable modules. Each filter level contains a filter me-dium specifically designed to remove particular substances from the ambient air. In addition to activated carbon, the filter system also uses zeolites and porous polymers, for example, but also so-called metal organic frameworks.

To find the right filter substance, the Fraunhofer IWS researchers first tested a range of substances in the laboratory to see how well they adsorb the various air pollutants. The best candidates were then integrated into the filter system prototype, which was manufactured by the company ULT in Löbau. A distinguishing feature of this system compared with conventional filter systems is its sensor monitoring, which automatically detects when the filter medium is saturated with substances and needs to be replaced. The status is displayed by colored LEDs separately for each filter level and pollutant class. This means that only the filter level that is saturated needs to be replaced.

You are better off using filter systems

As a result of increasing automation there is a rise in the number of factory rooms in which the air is not adequately cleaned, such as 3D production facilities. “This is bound to cause conflicts, because nothing ever works completely without people being in-volved," says Jens Friedrich. “It is absolutely advisable to use filter systems to protect the health of employees over the long term — even if they only enter the automated areas occasionally.” In additive manufacturing using 3D laser robots, significant quanti-ties of microparticles are released. These are deposited and pollute the room as well as the workpieces. The particles can contaminate high-value products. They also represent an accident hazard, if people slip on the pellets accumulated on the floor.

Together with a number of companies, Fraunhofer IWS is currently working on the development of a system that is specifically designed to filter out pollutants and sub-stances that are released during additive manufacturing. “Our institute has expertise in laser processing, in materials and in the development of entire systems,” says Friedrich. “This makes us the right partner when it comes to the development of such filter solu-tions.” He also believes there is a growing need for filter systems that remove various substances from the air in the production and recycling of batteries. This is particularly the case because metals such as nickel, manganese and cobalt are used there, which can form compounds that are hazardous to health even at very low doses.