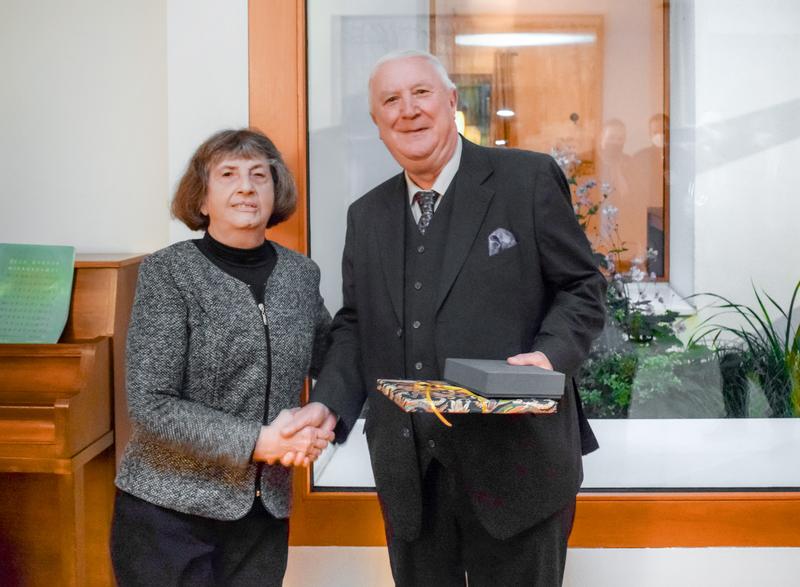 The Fraunhofer scientist receives the award for his research on the virtual reconstruction of cultural assets.

The „Strait of Magellan Award for Innovation and Exploration with Global Impact“ is an initiative of the Chilean government in honor of the 500th anniversary of the historic circumnavigation of the world by the explorer Ferdinand Magellan. On the occasion of this anniversary, Chile recognizes scientists who, through their research or actions, have contributed to finding solutions to global needs.

Dr. Bertram Nickolay received the award on September 30, 2021 from H. E. Cecilia Mackenna Echaurren, Ambassador of the Republic of Chile to Germany. „Each Embassy of Chile abroad was asked to select an outstanding personality who, thanks to their work, revived this fundamental idea that gave rise to Magellan‘s voyage five centuries ago,“ explained Her Excellency the Ambassador in her laudation. „The work done by Doctor Nickolay reflects exactly this spirit. Full of creativity and innovative spirit, he has ventured into uncharted territories and pushed boundaries with his work.“

Nickolay is an expert in machine vision at Fraunhofer IPK. He gained international recognition with his work on the automated virtual reconstruction of destroyed documents and cultural assets. With the help of image processing and pattern recognition algorithms developed by him and his team, torn or shredded documents as well as archaeological fragments can be reconstructed, first digitally, then physically. For the invention of this reconstruction technology, Nickolay and his team were awarded the EARTO Innovation Prize of the European Association of Research and Technology Organizations in 2013. The reconstruction technology has since been further developed for a wide variety of applications and successfully used in numerous national and international R&D projects.

„All over the world, documents are threatened by decay and destruction. This poses a great threat to the preservation of cultural heritage. For this reason, we have created a technology that enables computers to automatically virtually reconstruct destroyed documents. In keeping with Magellan‘s spirit of discovery, our technology was born out of a desire to find solutions to seemingly unsolvable tasks,“ Nickolay said at the award ceremony.

He and Fraunhofer IPK have had an intensive cooperation with Chile for more than 20 years. The Berlin institute was one of the first institutes of the Fraunhofer-Gesellschaft to collaborate with Chilean universities in the field of machine vision. Beyond joint R&D projects, an exchange of experts has also been established from which both sides benefit to this day.

Ferdinand Magellan was a Portuguese navigator who, from 1519 to 1522, led an expedition to the East Indies on behalf of the Spanish king that resulted in the first circumnavigation of the globe. In the process, he discovered a passage from the Atlantic to the Pacific: the Strait of Magellan, which has been named after him. With the Strait of Magellan Award for Innovation and Exploration with Global Impact, Chile aims to highlight aspects of Magellan‘s voyage that can be considered analogous to the innovations and discoveries of today‘s world.