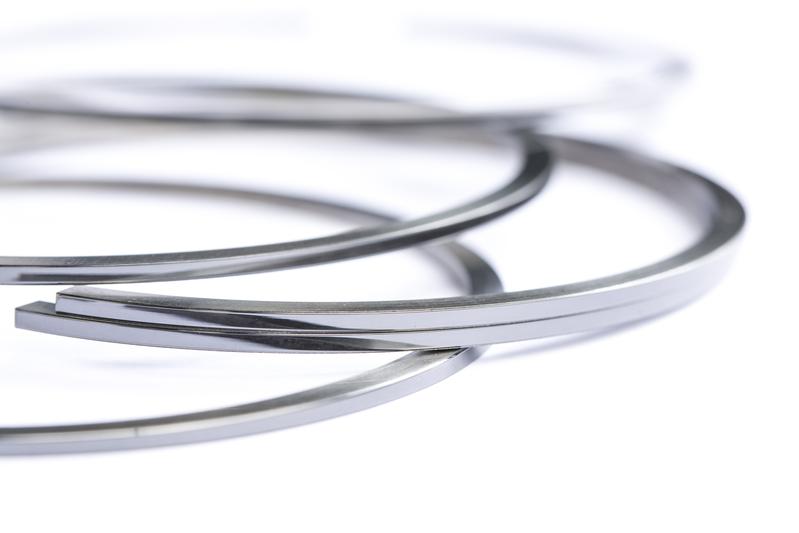 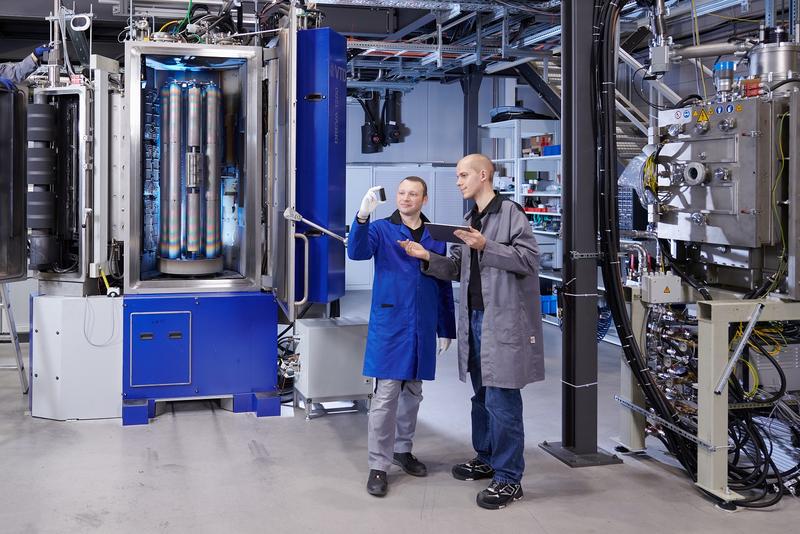 ”Prometheus” and “Chephren”: Fraunhofer IWS works on machines that barely lose energy in the form of waste heat

Nearly frictionless motors and gearboxes shall ensure electric bicycles with greater range on a single battery charge as well as industrial machines with significantly lower power consumption in form of friction and waste heat. The Fraunhofer Institute for Material and Beam Technology IWS Dresden is collaborating with industry and research partners in the joint projects “Prometheus” and “Chephren”. The researchers want to significantly improve the energy and eco balance of cars and other engines or machines through improved superhard carbon coatings.

The economic, technical and ecological potentials are substantial: If superlubricity was applied consistently in engines and transmissions of cars, buses and trucks as well as in general mechanical engineering, global CO2 emissions could drop by several hundred million tons per year. Wear damage, maintenance and lubricant costs would be significantly reduced as well. ”Technological progresses, especially with extremely lubricious carbon coatings, should finally enable us to almost completely eliminate friction in tribological systems,” emphasizes Dr. Volker Weihnacht, who leads the Carbon Coatings Department at Fraunhofer IWS. ”We particularly want to use environmentally friendly lubricants in the process. Used in combination, these technologies can significantly contribute to allowing vehicles and other machines to operate more efficiently and waste fewer resources.”

Info box - Laser-ArcTM and Diamor
Extremely hard carbon-based “Diamor” coatings are playing a key role on the path to so-called superlubricity. Fraunhofer IWS has developed and improved this technology and the respective equipment over many years. The process takes place in vacuum chambers equipped with the Laser-ArcTM technology. A laser ignites a plasma of high energy ions and electrons on graphite electrodes. Electric and magnetic fields direct this cloud of charged carbon particles onto the component. A thin layer of tetrahedral amorphous carbon, abbreviated ta-C, is deposited on the component surface, only a few micrometers (thousandths of a millimeter) thick. These coatings are very hard and, after mechanical polishing, also very smooth. They exhibit similar properties to diamond – hence the name “Diamor”.

”Prometheus” technology for lower CO2 emissions in the combustion engine
The project ”Prometheus”, funded by the German Federal Ministry for Economic Affairs and Energy, is based on Fraunhofer IWS carbon coating technology and aims at particularly efficient ultra-lubricated engines for cars, buses and trucks as well as very low-friction natural-gas engines. The partners in this consortium therefore also represent a broad section of German industry and industry-related research. In addition to the consortium leader Federal Mogul and Fraunhofer IWS, participants include BMW, MAN, MTU, Fuchs Schmierstoffe, VTD Vakuumtechnik Dresden and TU Dresden.

The concept: The engineers add chemical elements, for example molybdenum or boron, to the already low-friction Diamor coatings in the engine. Therefore, they replace the previous pure graphite electrodes traditionally used in the Laser-ArcTM process with new composite electrodes. In the engine, the doping elements then chemically combine with particular lubricant molecules and create ultra-lubricating interfaces during operation. Compared to current solutions, their use is expected to lower friction in the engine by 50 percent. The research group estimates that lower-friction engines could save up to two terawatt-hours of energy and thus around 520 kilotons of CO2 annually just in Germany. This is roughly equivalent to the energy consumed by 800,000 two-person households in a year. The first ultra-lubricating Prometheus engines are expected to power series-production vehicles in approximately 2025.

”With today's lubricants, however, superlubricity in combustion engines is not yet possible,” admits Volker Weihnacht. ”But we are confident that this will change in the future with particularly environmentally friendly new lubricants based on fatty acids or water.”

Info box - Ultra- and superlubricity
Ultra-low friction allows friction losses in internal combustion engines to be cut in half compared to current state-of the art. The friction coefficient is between 0.01 and 0.05, which is roughly equivalent to the friction of very smooth steel sliding on ice.

Experts, on the other hand, only speak of superlubricity when the friction coefficient falls below 0.01. To illustrate this, one can imagine a five-ton elephant standing on a plate. If this plate is super-lubricated, a person could push the elephant effortlessly.

”Chephren”: On the way to a frictionless machine
The still young joint project for the “Chemical-Physical Reduction of Frictional Energy” (”Chephren”) is taking things one step further than “Prometheus” and is aiming for superlubricity. This concept focuses on transmissions and bearings in battery-electric cars and bicycles, as well as drive chains in combine harvesters and many moving components in machine tools. In order to advance to the superlubricity stage, the partners will use better lubricants and, above all, significantly improve the quality of the carbon coatings. In the future, these coatings should be defect-free and smooth, even without any post-polishing steps. Until now, such roughnesses have been caused by undesirable side effects of arc evaporation: In addition to the plasma, consisting of individual ions and electrons, the arc discharge also releases micrometer-sized pieces of carbon from the electrodes. These can create microscopically small, but disturbing roughness peaks on the component. Fraunhofer IWS is now developing new plasma superfilters as part of the ”Chephren” project: Instead of aligning the plasma from the electrode directly onto the components, electric and magnetic fields are applied around the carbon plasma including the macroparticles to deflect it from the line of sight. The deflected plasma enters the coating chamber and reaches the components to be coated whereas the macroparticles are being seperated and filtered out effectively.

The lubricitated ”Chephren” components should be ready for series production at the end of the decade. Industry is already showing a great deal of interest. That is reflected in the broad participation in the joint project. Among others, BMW, WITTENSTEIN SE, VTD Vakuumtechnik Dresden, IWIS Munich and Fuchs Schmierstoffe are on board, with the German Federal Ministry for Economic Affairs and Energy providing funding.

Tribological honor for Fraunhofer IWS scientists
Dresden's progress in applied friction research (tribology) also received great response from the scientific community. One example: The prestigious ”GfT Förderpreis 2021” of the Gesellschaft für Tribologie (Society for Tribology) in the category PhD thesis is awarded this year to Dr. Stefan Makowski, head of the group Coating Characterization at Fraunhofer IWS. In his PhD thesis, Stefan Makowski researched the interaction of tetrahedral amorphous carbon coatings with fatty acid-based lubricants. He contributed to a deeper understanding of superlubricity and tribochemical wear, playing a key role in the projects ”Prometheus” and ”Chephren”.