The goal in mind 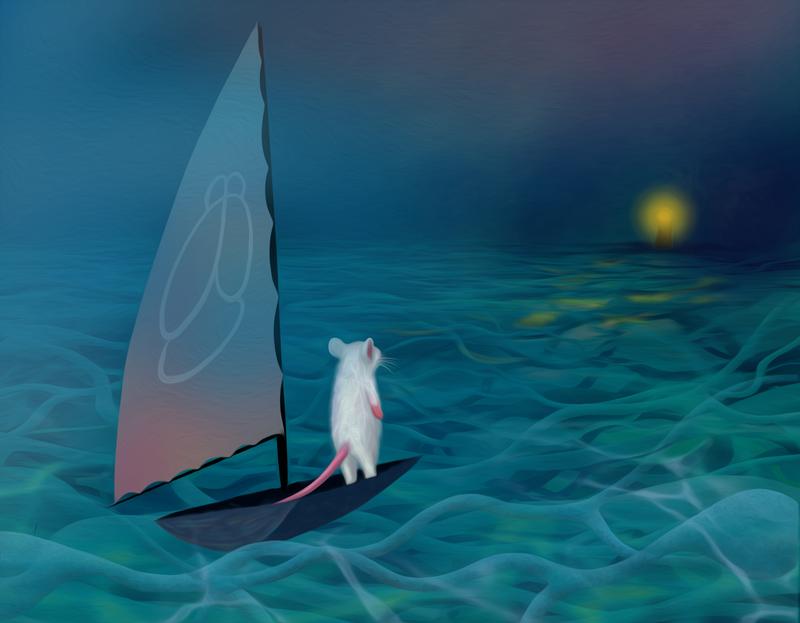 Animals including rodents and humans can navigate to a desired location by relying on the brain’s internal cognitive map. While previous studies have identified specialized neurons that help us identify our own position and direction in space, whether the brain can process a precise estimate of a future target location has been a long-standing question. Scientists at the Max Planck Institute for Brain Research in Frankfurt have now discovered a neural code for spatial goals, demonstrating the existence of the brain’s goal map guiding us toward a remote destination over space and time.

To perform a simple daily chore such as planning a trip to a local supermarket, you need to visualize the supermarket in your mind while you are still at home so that your brain can compute the best route for the upcoming journey. But how can the brain’s spatial map simultaneously represent two locations in space – your home that can be perceived with most of your senses, and the supermarket that is located beyond the range of your sensory perception? Neuroscientists have grappled with this question for the last 50 years.

“Since the Nobel prize winning discovery of place cells in 1971 by John O’Keefe and colleagues, spatial navigation research has primarily focused on the properties of neurons tuned to the animal’s instantaneous position or direction”, says Hiroshi Ito, research group leader at the Max Planck Institute for Brain Research who headed the new study published in Nature. Previous research in the last decades has provided us with a better understanding of how we can keep track of our position and direction in space. However, the evidence for goal estimation – another fundamental aspect of spatial navigation – has almost entirely been missing so far.

“Our present work addressed this puzzle by showing that future goals are represented as a pattern of neural activity resembling the ones during previous visits to a target location (e.g. supermarket). For example, a specific pattern of neural activity is observed when an animal visits a particular location in space. However, we found that this activity pattern can re-emerge merely upon the animal’s decision to target the same location as a navigational goal, irrespective of where the animal is actually located”, says Ito.

“We designed a task in which a rat needs to navigate to a remote location where a reward is provided. Notably, the reward location keeps changing, which ensures that the rat continuously updates its goal locations”, explains Raunak Basu, the postdoc in the Ito lab and first author of the new study. As a candidate brain region representing a future goal, the scientists focused on the orbitofrontal cortex (OFC) – a subregion of the prefrontal cortex – that is thought to be involved in decision making, yet remains relatively unexplored from the aspect of spatial navigation.

To investigate neural patterns in the OFC, the researchers simultaneously measured the activity of hundreds of neurons. “We achieved this by using custom-built 3-D printed recording devices that can insert up to 60 ultra-thin wires (called tetrodes) in the rat’s brain. These devices enabled us to monitor OFC neural activity patterns from when the rats were about to start their journey until they reached the goal location. With the help of statistical decoding techniques, we confirmed that these patterns share significant similarities, demonstrating that the future goal is represented in the OFC throughout the duration of navigation” says Basu.

Fueled by their discovery, Basu and colleagues asked whether the activity of OFC neurons causally influences the animal’s destination. To this end, they perturbed the activity of neurons in the OFC by applying pulsed laser light at the start of the journey. “I was most surprised to see that the rat that had been performing the navigation task almost perfectly, suddenly upon perturbation, ignorantly walked past a correct goal and headed to an incorrect location”, recalls Basu. “This navigation error was reversible once the perturbation stopped, suggesting that the impairment is not due to a general loss of goal memory.”

“Our work points to a parallel internal map system in the brain that focuses more on representing a destination rather than transient locations traversed by the animal during navigation. Thus, interestingly, the brain uses multiple map systems, tracking not only the present but also future state of the self, which is likely a neural basis supporting our accurate and flexible navigation ability”, concludes Ito.