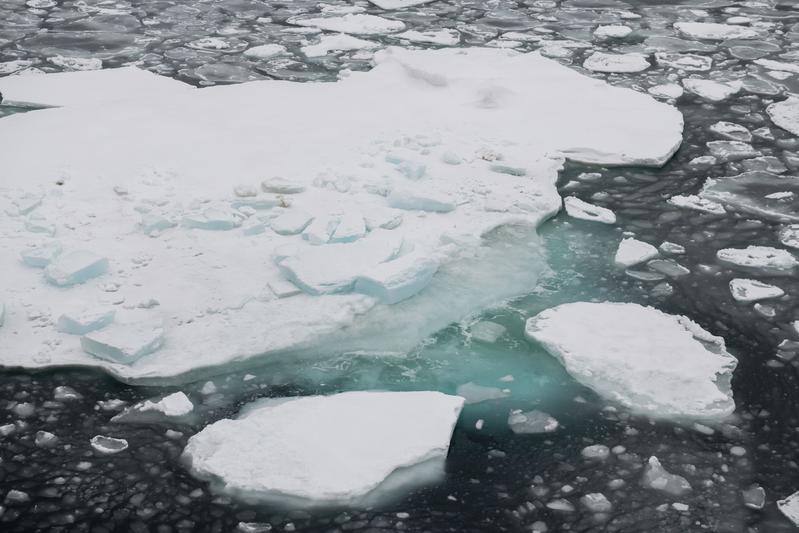 Alfred Wegener Institute represented at the COP26 by several researchers

From 1 to 12 November 2021, heads of state, organisations and researchers will gather at the UN Climate Change Conference (COP26) in Glasgow. Their primary goal is to assess and further develop national measures and targets in an effort to keep global warming well under two degrees Celsius. After all, the far-reaching effects of climate change can already be seen and felt. Researchers from the Alfred Wegener Institute are in attendance, will take part in the various COP26 events, and will share their own experiences and findings from polar and marine research. A dedicated website featuring contributions from the AWI’s polar and marine research experts taking part in the COP26 will go online today at www.awi.de/cop26.

This November, the eyes of the world will be on Glasgow: for the 26th time, international actors will meet for the Conference of the Parties (COP) to the United Nations Framework Convention on Climate Change (UNFCCC). The COP26 is widely considered to be the ‘deadline’ for ambitious climate protection measures, and therefore the most important climate conference since Paris in 2015. Back then, 195 countries signed an agreement, binding under international law, to limit global warming in comparison to the preindustrial era – to well under two degrees Celsius warmer, ideally to 1.5 degrees. After ratifying the agreement, these countries created national climate plans to help them reach these goals. In 2016, Germany’s federal government ratified the “Climate Protection Plan 2050”. The Federal Climate Change Act (Bundes-Klimaschutzgesetz, 2019), which was subsequently tightened following a ruling by the Federal Constitutional Court in 2021, provides concrete measures for implementing the plan in Germany.

At the COP26, these national contributions will be put to the test: in keeping with the Paris Agreement, participating countries must present their ambitious climate protection targets every five years. In Glasgow, this will actually happen for the first time. The fact that national efforts made to date aren’t sufficient to reach the two-degree target can be seen in the sixth Assessment Report released by the IPCC (Intergovernmental Panel on Climate Change) and the latest projections from the UNEP (United Nations Environment Programme): if things continue as they are, global warming will reach 1.5 degrees Celsius by 2030, and 2.7 degrees by the end of the century. How ambitious measures can be financed, and how developing countries’ efforts to combat the effects of global warming can be supported, will be central topics in the deliberations of the heads of state in Glasgow.

“Climate change is already affecting life on land, in the oceans and the polar regions. We only have a small window of opportunity to reach the milestones set in the Paris Agreement. When international political leaders meet in Glasgow, we have to see it as the absolute deadline for the global implementation of ecological, economic and social equilibrium,” says Prof Antje Boetius, Director of the Alfred Wegener Institute, Helmholtz Centre for Polar and Marine Research (AWI).

The AWI on site in Glasgow

Global warming is also affecting the polar regions, where temperatures are climbing even faster. Though they might seem far away from us, these regions play a vital role for the global climate system and can even influence the weather right at our doorstep. The ocean, too, is feeling the effects of this warming and extremes like heat waves, and is in danger of losing its function as the largest greenhouse-gas reservoir on our planet. This makes marine and polar research all the more important in terms of discovering interactions and making more accurate forecasts for the next several decades. AWI experts are on site in Glasgow to show the ongoing transformation of the ice, ocean and atmosphere, and its effects, in a variety of formats.

In 20 impressive images, Esther Horvath, AWI photographer and photo editor, shares glimpses into the scientific work and day-to-day life on the year-long MOSAiC expedition, under the extreme conditions in the central Arctic Ocean. Her photographs offer insights into the unparalleled undertaking, as well as the spectacular and irreplaceable polar landscape.

Many parts of the Arctic have already surpassed the 1.5°C target set in the Paris Agreement. The polar ice sheets are a potential trigger for global sea-level rise. The EU Polar Cluster, of which the AWI is a member, is a network of European projects and organisations focusing on polar research, observations, infrastructure and/or modelling. It provides scientifically sound facts on the transformation of the poles, the goal being to protect and promote the adaptation, resilience and sustainability of communities and habitats in the polar regions.

3. Keynote “MOSAiC – the greatest Arctic expedition of our time”

For an entire year, the research icebreaker Polarstern drifted through the Central Arctic with the sea ice on MOSAiC, the most ambitious Arctic research expedition in history. A year after the ship’s return, Marcel Nicolaus shares the first findings from the epicentre of climate change. The AWI sea-ice physicist coordinated the setup of scientific measurements taken on the MOSAiC floe.

4. Documentary Film “Arctic Drift: A climate research documentary on the most extensive scientific expedition to the Arctic in history – MOSAiC”

This 90-minute documentary film lets viewers be a part of the MOSAiC expedition to the Arctic. For a year, the filmmakers accompanied an international team of climate experts, who conducted essential research fieldwork in the most inhospitable, extreme and endangered region on Earth. The film will be complemented by a discussion with Prof Antje Boetius, Prof Markus Rex and producer Phillip Grieß (UFA), who will also answer questions on the latest research findings and climate change.

5. Thawing Permafrost: Effects on Emissions and the Environment

As temperatures rise, emissions from thawing permafrost will increase, and have already reached a level close to the total annual emissions produced by Japan. The thawing of the previously frozen soils is also affecting the stability of coastlines, impacting countless indigenous communities. But permafrost isn’t limited to the land; it can also be found in regions that have been underwater since the last ice age. Though these sources could significantly contribute to greenhouse-gas emissions, they have yet to be extensively researched. On Focus Day “Permafrost”, we will discuss the effects of permafrost-based emissions and how they can be avoided.

6. Assessing the Marine Ecosystems of the Southern Ocean

You can find links to the events, further information, and impressions from Glasgow at: https://www.awi.de/en/focus/un-climate-change-conference.html