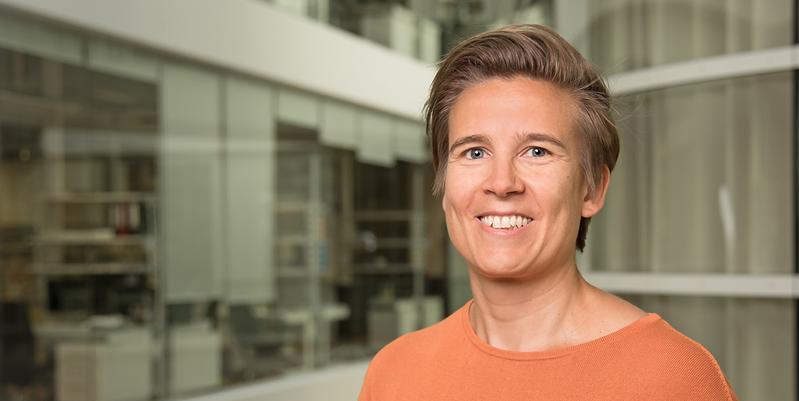 Prof. Dr. Sara Wickström is a new director at the Max Planck Institute for Molecular Biomedicine. She took up the post of director in a part-time capacity on November 1, 2021, and will assume it full-time in April 2022. Wickström succeeds Prof. Dr. Hans R. Schöler, who will remain at the Münster-based institute with an emeritus group from November 1, 2021.

Sara Wickström has been appointed director at the Max Planck Institute (MPI) for Molecular Biomedicine by the Max Planck Society, effective November 1, 2021. She will start her new department "Cell and Tissue Dynamics" on November 1, 2021, in a part-time capacity. Wickström focuses on how tissue stem cells communicate with each other and with their microenvironment so that coordinated cell divisions, cell movements and differentiation processes can give rise to specific tissue structures. On the one hand, this research provides insights into how tissues can remain healthy throughout a person's life, and on the other hand, it provides clues to therapeutic options for fighting cancer.

In April 2022, Wickström will move from Helsinki to Münster with one junior group leader and 4 postdocs. Wickström has previously spent quite a few years at the Max Planck Society: from 2005 to 2010 she was a postdoctoral fellow at the MPI of Biochemistry in Martinsried, and then she led a Max Planck Research Group at the MPI for Biology of Ageing in Cologne for 10 years.

Wickström began her career in Helsinki, Finland, where she studied medicine at the University of Helsinki. She completed an MD/PhD program there after her studies, graduating with a Medical Doctor degree in 2001 and a PhD in 2004. After her time in Martinsried and Cologne, Wickström returned to her home country to pursue her scientific career. Most recently, she headed the Cell and Developmental Biology Laboratory at the University of Helsinki's Faculty of Medicine and Helsinki Institute of Life Science as a professor.

“I am looking forward to an atmosphere of exiting and vivid scientific exchange within the institute as a fertile soil for new ideas, as well as to the opportunity carry out ambitious, creative science facilitated by the Max Planck Society,” says Sara Wickström about her move to the Max Planck Institute in Münster.

Wickström's research interests fit perfectly with the research topics of the other departments in the institute: "Like Ralf Adams' department, we are very interested in the fundamental principles of tissue morphogenesis. I am looking forward to working with his department. In joint projects, we can even better investigate how functional organs are generated through bidirectional feedback and crosstalk between tissue structure and function," Wickström says.

At the level of molecules and molecular complexes, Wickström and her research team are particularly interested in cell adhesion, the core interest of Dietmar Vestweber's department. "We are looking forward to collaborating with his department because by comparing epithelium and endothelia, we can understand how contacts between cells integrate mechanical and chemical signals, also in disease."

Wickström's research area also shows similarities with those of Britta Trappmann's and Ivan Bedzhov's research groups based at the MPI for Molecular Biomedicine: "Like Britta Trappmann, we are interested in studying material properties of tissues and the impact of tissue mechanics in cell fate. And with Ivan Bedzhov, we share an interest in aspects of cell fate regulation."

"So, overall, there are many scientific connections to all departments and research groups, and I'm very excited about future collaborations within the institute."

Regarding her new research location in Münster, Wickström says, "I've always been impressed by the high quality of science in Münster as well as the welcoming and open atmosphere, and I'm looking forward to becoming part of this community."

Sara Wickström succeeds Hans Schöler, who will continue as emeritus professor at the Max Planck Institute and lead a group of seven experienced researchers from November 1, 2021. In 2003, the developmental biologist and stem cell researcher was appointed director at the now 20-year-old MPI for Molecular Biomedicine, and in 2004 he returned to Germany from the United States.