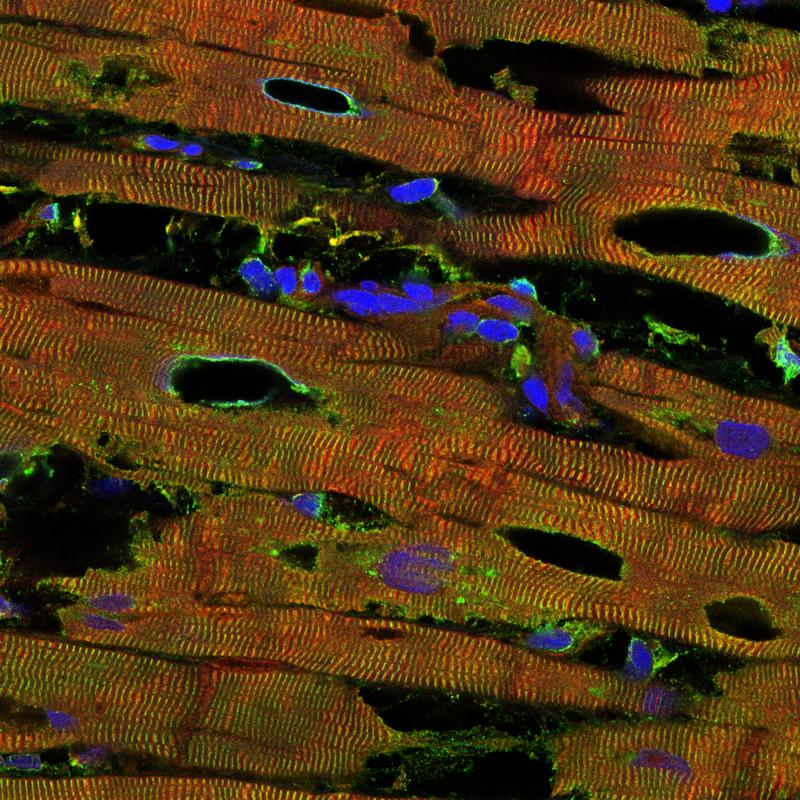 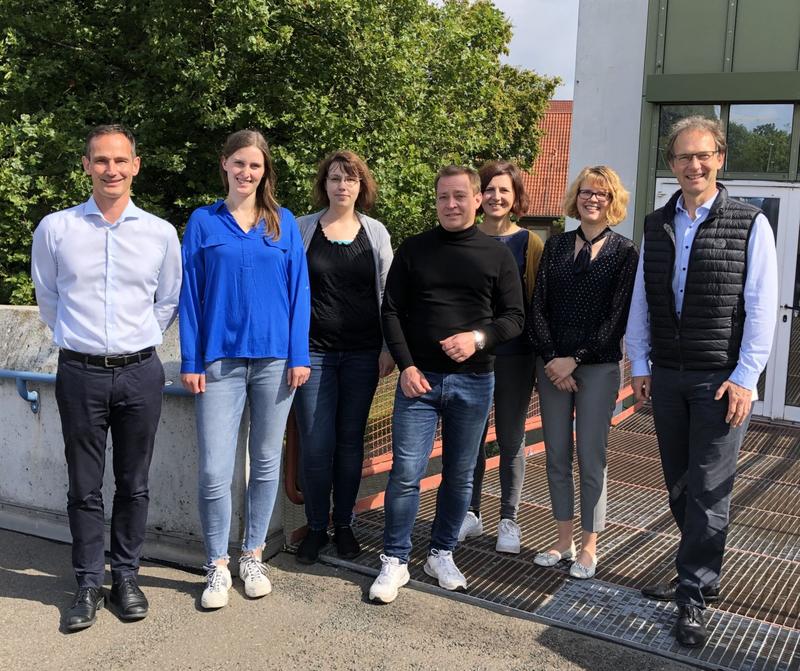 The largest protein in the human body, titin, enables elastic movements of our muscles, including the heart. Mutations in the titin gene (TTN) that impair this function and lead to heart muscle disease. The pathomechanisms behind this – i.e. why TTN mutations trigger disease – were unclear until now. A team of experts led by Prof. Wolfgang Linke of the University of Münster has now investigated these pathomechanisms in more detail and has gained ground-breaking insights.

Titin is a “titanically large” protein – the largest in the human body – which enables elastic movements of our muscles, including the heart. Mutations in the titin gene (TTN) that impair this function are the most frequent cause of a heart muscle disease known as dilated cardiomyopathy (DCM), which is characterized by a weak pump function. However, it had not been known why TTN mutations cause the disease, that is, which pathomechanisms underlie DCM. A team of experts headed by Prof. Wolfgang Linke, Director of the Institute of Physiology II at the University of Münster, has gained ground-breaking insights into the pathomechanisms of DCM due to a TTN mutation, which have now been published in the journal Science Translational Medicine.

“DCM can have various causes but the most frequent one is a special type of TTN mutation called truncation” says project leader Wolfgang Linke. “In patients with such a TTN-truncating variant or TTNtv, one of the two TTN alleles is shortened, whereas the other allele usually is healthy.” Although TTNtv have been known to cause DCM for nearly a decade, it took until now to uncover the key pathomechanisms of the disease, “in what has easily been some six years of intense research on the topic”, Wolfgang Linke says.

Collaborating with the Heart and Diabetes Centre in Bad Oeynhausen, the team studied over 100 tissue samples from endstage failing human DCM hearts and discovered about 20% with a TTNtv. By measuring the content of normal titin proteins, the scientists found that patient hearts with a TTNtv contained less normal titin than both DCM hearts without a TTNtv and nonfailing hearts from organ donors. The loss of normal titin protein caused a reduction in the number of contractile units, explaining the reduced contractile force of TTNtv-DCM hearts. “Although the healthy TTN allele produces even more normal titin than usual, it cannot compensate for the lack of a second healthy allele,” Wolfgang Linke explains.

For the first time, the team was also able to demonstrate that TTNtv patient hearts contain truncated titin proteins. Wolfgang Linke adds: “We showed that these truncated proteins are useless, because they are not incorporated into the contractile units of the cardiac muscle cells.” Instead, the truncated proteins are collected in intracellular blobs or aggregates. “Just as in neurodegenerative diseases such as Alzheimer’s, these aggregated proteins could be toxic.” Fittingly, the research team also discovered that the heart muscle cells of patients with TTNtv-DCM have a problem with the intracellular protein quality-control system, which usually “cleans up” defective or aged proteins. This system appeared to be overwhelmed by the large amounts of truncated titin protein, and so did not function properly.

Wolfgang Linke is convinced that the “study breaks new ground in this field”. Next to elucidating the pathomechanisms, his team also suggested possible treatment strategies for affected patients. To this end, they used human cardiac muscle cell cultures obtained from TTNtv patient tissue reprogrammed into stem cells. “With the help of our collaborators in Göttingen, we could show that the cultured cells with a TTNtv displayed the same pathomechanisms as the TTNtv patient hearts, and that inhibition of the protein quality-control system worsened the situation. Importantly, cell cultures with a TTNtv developed less contractile force than healthy controls but gene editing using CRISPR-Cas9 repaired the mutation and rescued contractile force. Although genetic editing is not yet possible in this form in patients, our study shows that patients could, in principle, be cured using this approach”, Wolfgang Linke explains.

The study was produced in close cooperation with the Cardiology Department at Münster University Hospital, the Heart and Diabetes Centre in Bad Oeynhausen and the Göttingen University Medical Centre, where Linke holds a guest professorship. The work was supported by two funding lines of the Faculty of Medicine at Münster (IZKF and MedK), the German Research Foundation (Collaborative Research Centre 1002) and the German Centre for Cardiovascular Research (Deutsches Zentrum für Herz-Kreislaufforschung).